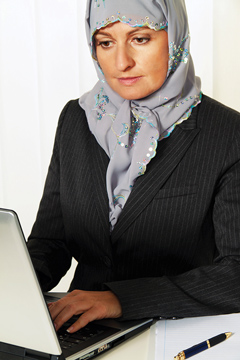 Like most other types of businesses, chauffeured transportation is subject to a multitude of state, federal, and local laws that prohibit discrimination in the workplace. Chief among these laws are three key federal statutes: Title VII of the Civil Rights Act of 1964, which prohibits discrimination on the basis of race, color, religion, sex, and national origin; the Americans with Disabilities Act, which prohibits discrimination based on disability; and the Age Discrimination in Employment Act, which prohibits age-based discriminatory practices. Most state and local laws go further, extending protection to a host of other categories including marital status, sexual orientation, and U.S. citizen status (New York City’s Human Rights law even extends these protections to independent contractors).

While most employers are aware of the aforementioned laws, they sometimes unintentionally violate them by imposing grooming and dress codes that are at odds with employees’ religious beliefs. Employers also occasionally get themselves into hot water by accommodating customer requests that discriminate based upon religion, race, national origin, and other protected categories. This article will examine these two potential sources of trouble so that operators may properly address them before they develop into full-fledged legal claims.

Requiring chauffeurs and other employees to adhere to certain dress and/or grooming standards is quite common in the ground transportation industry. Customers paying for a premium service want to see their chauffeur show up properly attired in a suit and tie, rather than a T-shirt, jeans, and sneakers. However, certain religions impose grooming standards that might not conform to an employer’s dress and codes. For example, a requirement to be clean shaven may violate a Muslim chauffeur’s obligation to wear a beard. Likewise, a prohibition against wearing head coverings may be at odds with a Jewish employee’s yarmulke or a Muslim’s hijab.

Once an employer becomes aware that his worker requires an exception to the company's dress/grooming code due to a religious belief or practice, accommodation must be made...”


Once an employer becomes aware that his worker requires an exception to the company’s dress/grooming code due to a religious belief or practice, accommodation must be made unless it is demonstrated that doing so would pose an undue hardship for the employer. The mere fact that customers prefer an employee or chauffeur groomed and/or attired in a certain manner—and that manner conflicts with the chauffeur’s religious beliefs—does not constitute a hardship. Rather, it is typically one based upon workplace safety or health concerns, or some other compelling reason. For example, a factory could legitimately refuse to permit an employee to wear the loose-fitting clothing required by his religion out of concern that the clothing would become entangled in the machinery and result in an injury.

Extreme caution must be exercised in denying an accommodation request, as wrongfully doing so can result in liability. Ideally, all requests should be reviewed with your company’s attorneys, and company policies establishing dress and grooming codes should clearly state that reasonable adjustments will be made if needed for religious purposes. 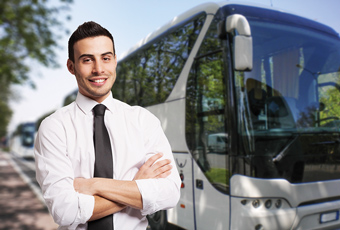 It is important to keep in mind that these exceptions need only be offered to employees who actually need them. Thus, if your dress code prohibits beards but you make an exception for a chauffeur who needs to wear one due to his religious beliefs, you don’t have to allow others who don’t adhere to those same religious beliefs to wear beards simply because they want to.

Discriminatory Customer Preferences (The Customer Is Not Always Right)

None of us would ever dream of establishing a policy denying transportation services to people of a certain race, gender, national origin, etc. In fact, Title VII expressly prohibits discrimination in privately owned places of “public accommodation,” which include most businesses that are open to—and provide services to—the general public. These establishments include restaurants, hotels, stores, theaters, gyms, gas stations, and, yes, chauffeured transportation services as well. True, there are cab drivers who will ignore street hails based upon the passenger’s perceived race, ethnicity, and similar criteria; however, I’d like to think that most don’t.

Rogue taxicab drivers aside, Title VII and similar laws have, for the most part, abolished discrimination against patrons of public accommodations, such that most people don’t think twice before they enter an establishment, regardless of whether or not they are a member of a protected group. However, there are still people who will judge the abilities of the chauffeur holding the car door open for them based solely upon such criteria as the color of his skin or what he is wearing on his head. Equally regrettable, there are transportation companies out there that will take reservations excluding chauffeurs the customer prefers not to use due to race, religion, national origin, etc. The thought process these companies use to justify their actions is something along the lines of “it’s the customer that’s doing the discriminating, not us” or the worn adage “the customer is always right.”

Needless to say, if one swaps out the hospital for a transportation company, the nurse for a chauffeur, and the patient for a passenger, these cases illustrate why no transportation provider should ever entertain a customer’s request that discriminates against chauffeurs based upon any legally protected criteria. Simply put, treating employees differently based upon race, national origin, or other protected categories is against the law and can result in an expensive lawsuit. Accordingly, reservations personnel must be instructed that if a customer requests not to be served by a particular “type” of employee, the response should be that the company cannot honor the request. Training materials should similarly caution employees against granting such requests. Regardless if the materials and training sessions are ultimately ignored and a lawsuit results, the existence of a formal policy against such discrimination will be helpful in defending against that lawsuit.

Even if your company does its very best to maintain a workplace free of discrimination, it can still find itself the subject of a complaint as the result of either honoring a prejudicial request from a customer or overlooking the accommodations that must be made for employees within certain protected statuses. Understanding the nuances of local, state, and federal laws can help you identify if your company is compliant, or if steps need to be taken in order to become compliant and avoid the potential for a lawsuit. [CD0815]

Disclaimer: The foregoing is provided solely as general information, is not intended as legal advice, and may not be applicable within your jurisdiction or to your specific situation. You are advised to consult wiht your attorneys for guidance before relying upon any of the information presented within.