Anthony Limousine Opens Its Doors in the Lehigh Valley 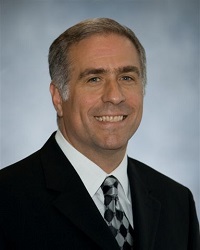 Anthony OnorataAllentown, Pa.—Anthony Limousine is excited to announce its recent opening in the CE Roth Formal Wear building with a brand new fleet of luxury Lincoln MKT sedans and SUVs.

“I am proud and excited to launch such a cutting edge company with a focus on new equipment, technology, and an experienced staff to create an amazing chauffeured transportation experience,” says Anthony Onorata, president and chief executive officer. Onorata is no stranger to the Lehigh Valley where he previously served ten years as COO of Adamo Limousine.

New TLC Commissioner Meera JoshiNew York--Mayor Bill de Blasio’s nominee to head the New York City Taxi and Limousine Commission (TLC) was unanimously confirmed by a 46/0 vote of the New York City Council today, paving the way for Meera Joshi to serve as the agency’s Chairwoman and Chief Executive Officer. Joshi’s nomination was announced by the mayor on March 8.

“I was incredibly honored to have been nominated by Mayor de Blasio to lead the TLC at this historic time,” says Joshi, “and doubly so to know that the City Council shares his confidence in my abilities. I pledge to them, and to the public to whom we all answer, that I will serve in this capacity to the very best of my ability, and that I will put inclusion, consensus and common sense at the forefront of all that we do to protect the public, and support our regulated industries so that they can continue to provide the world’s finest for-hire ground transportation.”

Joshi previously served as the Deputy Commissioner of Legal Affairs and General Counsel for the TLC, where she led dozens of multiparty negotiations of contracts and settlement agreements which have improved customer service, and worked to reveal financial abuse of drivers, supervising significant reimbursements to drivers and their families, and overseeing the prosecution of those responsible. Prior to that, Joshi served as First Deputy Executive Director of the New York City Civilian Complaint Review Board (CCRB), where she implemented an innovative pilot program with the NYPD that culminated in the creation of an independent prosecution unit that expanded the agency’s jurisdiction and sphere of influence; and Inspector General at the Correctional Services Unit at the New York City Department of Investigation, where she oversaw investigations of alleged criminality and corruption in the Departments of Correction, Probation, Juvenile Justice and the TLC.

Joshi received her B.A. and J.D. from the University of Pennsylvania.

The New York City Taxi and Limousine Commission was created as a charter-mandated agency in 1971, and is acknowledged as the most active regulator of for-hire ground transportation service in the nation. For more information about the TLC’s rules, regulations and functions, visit www.NYC.GOV/taxi.

Toronto the Destination for the Chauffeur Driven and OLOA Summit 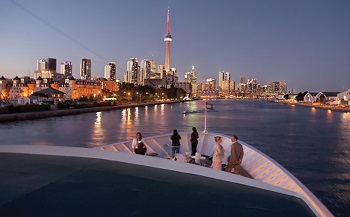 A gorgeous view from the bow of the
Capt. Matthew Flinders Toronto, Ont. —Mark your calendars for August 10 and 11 because the Canadian Limo Summit 2014 will be in full effect! The summit is being co-produced by Chauffeur Driven and the Ontario Limousine Owners Association (OLOA), and will be held at the InterContinental Toronto Centre—just steps from the iconic CN Tower, the tallest structure in Canada—in the extraordinary city of Toronto. The title sponsor of the summit is the Cowan Insurance Group.

While the summit will have an undeniable global appeal, all interested operators are invited to Toronto—especially if you are looking to expand your affiliate network. The affordable, laid-back event features an opening cocktail reception, a day of workshops, lots of networking, and a finale dinner cruise on the shimmering, late summer waters of Lake Ontario. Come a day early and you can make it a long weekend getaway with your spouse.

The educational workshops, a focal point of the event, will focus on such varied topics as: customer loyalty and retention techniques, building affiliate relationships inside and outside of your market, steps to achieving success, saving money and growing profits, helping an owner work on, not in, their business, and the imminent threat of Uber and the other on-demand rideshare apps.

In regard to Chauffeur Driven’s co-producers for the summit, OLOA, the association was founded in 1996 as a non-profit organization responsible for, and dedicated to, representing limousine operators in the province of Ontario. OLOA was created to provide its members with a unified voice to approach regulatory agencies, politicians, and legislators with information regarding the problems faced by the chauffeured ground transportation industry and it currently represents 175 companies and 1,600 vehicles. This is the first event that Chauffeur Driven has co-produced with OLOA, but it’s not the first time that the Ontario-based association has affiliated with CD Publisher Chris Weiss.

The summit will feature a sensational opening night reception with cocktails, snacks, as well as plenty of networking and socializing opportunities. The next day will be jam packed, featuring a delectable group breakfast followed by the aforementioned enlightening workshops.

A sumptuous lunch and plentiful exhibits round out the day’s festivities, but the closing event is the piece de résistance: a dinner cruise—sponsored by Grech Motors—aboard the elegant flagship of Mariposa Cruises, the Captain Matthew Flinders. Of course, there will be networking opportunities at every turn, so grab your lanyard and registration bag (sponsored by Mobile Knowledge and Dalton Timmis Insurance, respectively) bring your wits, and your best smile, to mix and mingle under the summer night sky.

“We’ve always viewed Chauffeur Driven as a global brand, and the Canadian Limo Summit 2014 presents a great opportunity to network in a world-class city with operators from around the globe,” says Weiss. “We’re very excited—this the first event CD has produced outside of U.S. soil, and we’re expecting in the area of 150 to 200 people from all across Canada, the United States, and even overseas ... so you certainly could call this a true, international event!”

A full event pass—which includes the opening night reception, workshops, breakfast, lunch, and dinner cruise—is $299 ($249 if you register before May 15). A day pass for the event, which includes all workshops, breakfast, and lunch only is $149, with a 20 percent discount for OLOA members. Accommodations at the InterContinental Toronto Centre are only an incredible $159 per night. There is also a “bring your spouse” option available for the dinner cruise only for $99.