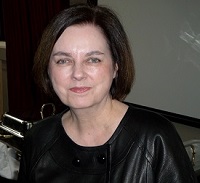 Patty Nelson, executive director of LANJPrinceton, N.J.—At the association’s bi-monthly meeting held on March 19, Limousine Association of New Jersey (LANJ) President Jim Moseley announced that Barry Lefkowitz, long-time LANJ Executive Director, was stepping down and the former Executive Director of the NLA, Patricia “Patty” Nelson, would be taking over as the new leader of the organization.

“I look forward to working with all the LANJ members, and getting back into the swing of things in the industry,” says Nelson.

Lefkowitz, who was the omnipresent head of LANJ since 2009, will remain with the association as a statewide political lobbyist. Best of luck to both of them in their new endeavors!

"Best Boss" Mike BassoHawthorne, N.Y.—Michael Basso, vice president of Leros Point to Point, was recently named on a list of “Best Bosses” by Westchester Magazine. The new list, which included 17 bosses from all around Westchester County, was completely controlled by nominations from companies’ employees and was from a broad variety of industries. Leros, based in Hawthorne, N.Y., was the only transportation company on the list.

In the article, Basso says that his mantra is “You’re either going or growing.” He explains: “People who don’t grow with the company tend to look elsewhere,” Basso says. “I’ve always looked for ways to promote people or create new sectors of a division to have people manage something—let them have tangible goals. When I see someone excelling here, I look to give them more responsibilities. A lot of employers shy away from that because it comes with more money. They’re penny wise but dollar foolish. You waste more money looking for employees. You’re better off paying more—you’ll save over the long run.”

That’s certainly not lost on employees, either. “Michael makes employees feel like it’s their own company,” says Kelcy Peterson, one of Basso's employees who was quoted in the article. “He empowers their entrepreneurial spirit.”

Rochester, N.Y.—The Limousine, Bus, Taxi Operators of Upstate New York (LBTOUNY) convened its bi-monthly meeting in Rochester. Foremost on the agenda was the continued efforts to repeal the tax on limousines.

LBTOUNY has been working hard on repealing the unfair N.Y. state tax bill (A-8751A; S-4920) which is greatly inhibiting operators in the upstate New York area. Unfortunately, the original champion of the bill to repeal this tax, Assemblyman Dennis Gabryszak (D-Cheektowaga), resigned in December 2013, but the cause is now being advocated by Assemblyman Robin Schimminger (D-Tonawanda). Their fight needs a total reboot after Gabryszak dropped the ball, but Schimminger, along with other supporters, appear committed to make this repeal happen at any cost.

All of this effort appears to have (finally) paid off because on March 13, the New York State Senate passed a senate budget resolution in their one house budget calling for the elimination of sales tax on black car and limousine services. There is still a good amount of work to be done to ensure that this repeal passes, and LBTOUNTY members are doing their level best to keep the awareness level high in the minds of the New York State Assembly and Governor Cuomo himself. This issue is still developing, so there will more to come in future updates.

Uber was also on the minds of LBTOUNY members, as it is with most people in the chauffeured ground transportation industry these days. There are rumblings that the company is looking to push northward in New York state. “Albany seems to be were a service like Uber would make the most sense,” says Kevin Barwell, president of LBTOUNY and VP/director of sales for Giorgio’s Limousine Service. “We’re trying to let our members know that Uber is a very real threat and we need to come up with a plan for when, not if, they move up this way.”

And finally, the installation of digital recording devices inside of livery vehicles was tabled for discussion. This is a law that has been passed, but seems to be at a standstill as the DOT as not done anything, one way or another, to address and/or enforce it, leaving the upstate N.Y. operators stymied.