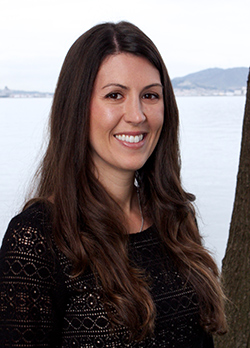 Bonelli joined the company in November to fill the shoes of longtime Gateway Corporate Administrator Rich Azzolino, who is working toward his new career as the owner of a Bay Area restaurant. Azzolino, who is also past president of GCLA, has been with Gateway for over 20 years. Azzolino will officially retire from the industry at the end of his NLA board term in early 2015.

Bonelli brings significant and varied corporate experience to her new role at Gateway. After completing a degree in business from St. Mary's College, Bonelli spent time at Oracle, Franklin Templeton Investments, and, most recently, Levi Strauss. She holds a Master’s Degree in Fashion and has even established her own clothing line. She is transitioning into her role with the enthusiasm and attentiveness which has led to success in all her previous endeavors.

“It’s great to be able to work with family,” she says about her new role. She had previously worked for the company during high school and college. “I am excited to be back in the industry and look forward to continuing to grow Gateway.” 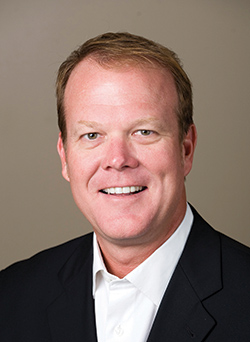 In his new role, Tyler will lead corporate sales and marketing, oversee business development, and direct execution of the company’s strategic growth plan for increasing market share of all brands of ASV vehicles. He previously served as president of ASV’s bus division. 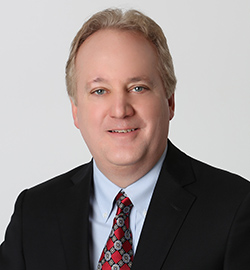 John Resnick - President of Goshen Coach “Our brands are recognized leaders in their respective markets and industries,” he says. “But as ASV continues to grow, we must focus on strategic initiatives that will allow expansion to occur not only through our existing distribution channels, but also through corporate-wide alliances.”

The company also announced that John Resnick has been appointed president of Goshen Coach. He will be based out of the manufacturing plant in Imlay City, Mich., and will split his time at the Goshen Coach plant in Elkhart, Ind. Resnik previously held the position of president with Champion Bus/Federal Coach.

“Goshen Coach has been building safe and reliable midsize commercial buses for more than a quarter of a century,” he says. “I am looking forward to working with dedicated team in Elkhart and the company’s knowledgeable nationwide dealer network to continue producing quality products. “

Florida Operator Speaks out Against TNCs

Naples, Fla. — When Uber began operating in Florida’s Lee and Collier counties earlier this month, Ron Ziemba, founder of American Comfort Limousines, and his son Jon quickly took action to help educate the public about the dangers of unregulated TNCs.

The two have spoken to both the broadcast and print media, and also have been reaching out to state officials, according to Jon Ziemba. While his father has been interviewed by Fox 4 News and Naples Daily News about Uber and local efforts to raise awareness of how the company ignores safety regulations, he reports that many of their efforts to reach elected officials haven’t yet received responses.

A town-hall-style meeting on December 15 brought together southwestern Florida taxi and limousine operators for a closed session to discuss their concerns about the unregulated TNC’s new presence in the area. While the session was not open to the public, Uber representatives had been invited and accepted the invitation, but ultimately did not show up. According to Jon Ziemba, many local government organizations also were noticeably absent from the meeting.

“I was there and my father was there,” he said. “My father was one of the people who spoke, and he voiced his opinion on what needs to be done for the public’s safety and to create a level playing field. But with there being almost no government there to hear it and nobody to respond from Uber, I don’t think it reached enough ears to make a real difference.”

American Comfort Limousines operates in Collier County, which Ziemba says has not issued a statement regarding proposed plans for regulating Uber. But in nearby Lee County, where Fort Myers and its Southwest Florida International Airport are located, has spoken up on the matter.

“In Lee County, they’ve said that Uber will be viewed just like a taxi or limousine company,” Ziemba said. “But there haven’t been any new developments after that statement came out, so we just have to wait and see what happens.”

Like many other ground transportation operations, American Comfort Limousines does a significant amount of business in airport pickups and drop-offs. Ziemba said that Uber is still new in the area and hasn’t yet escalated to numbers that might draw more livery companies’ ire, but he added that the burgeoning problem becomes apparent when using the Uber app to see the TNC’s airport activity.

“Uber’s presence in this area is small right now, but the frustration really lies in opening their app and seeing how many of their cars are around the airport,” he said. “You can see Uber cars going in and out of the airport all the time, and there are more and more every day doing what legally operating companies are set up to do.”

Despite the frustrations that come with battling TNCs, the Ziembas’ efforts to educate the public about Uber’s unregulated operations and the effects they have on safety have certainly found a receptive audience in their corporate passengers.

“We’ve gotten a lot of calls and email, as well as feedback directly from customers in our back seats, saying that they won’t be jumping into Uber cars because they don’t know what they’re in for,” Ziemba said. “I think it’s opening a lot of people’s eyes to how much a regulated industry does to ensure passenger safety with things like driver background checks, insurance, and vehicle inspections.”