GCLA Heads to Sacramento for Day on the Hill

Members of the GCLA board with CD’s Industry & Brand Ambassador Philip Jagiela (center left) Sacramento — On February 8, Greater California Livery Association (GCLA) continued its annual tradition of heading to the state capital for a Day on the Hill to discuss with elected officials its most urgent issues and biggest concerns. The event was preceded by a February 7 meeting where board members discussed the legislative day’s focus, as well as an array of association matters. CD’s Industry & Brand Ambassador Philip Jagiela attended both days of GCLA activities.

Chief among the meeting’s topics were: airport updates, especially the four-month backlog of obtaining operational permits from San Diego International; the state’s consideration of revoking livery industry oversight from the Public Utility Commission, a move supported by GCLA for want of enforcement; and how the following day’s legislative endeavor would support the association’s prevailing theme of public safety. 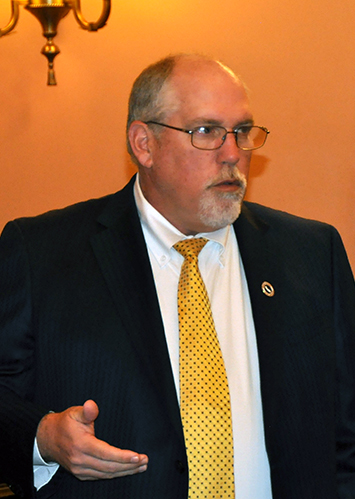 GCLA President David Kinney of API Global With 21 attendees participating in this year’s Day on the Hill, GCLA was able to send association representatives to more than 30 meetings with elected officials between 9 a.m. to 4 p.m. Armed with talking points and association-supplied information, the GCLA’s team spoke with assemblymembers, consultants, senators, and committees about three primary areas of public safety, illustrating how chauffeured ground transportation’s standards go above and beyond TNCs’ considerably more lax requirements. 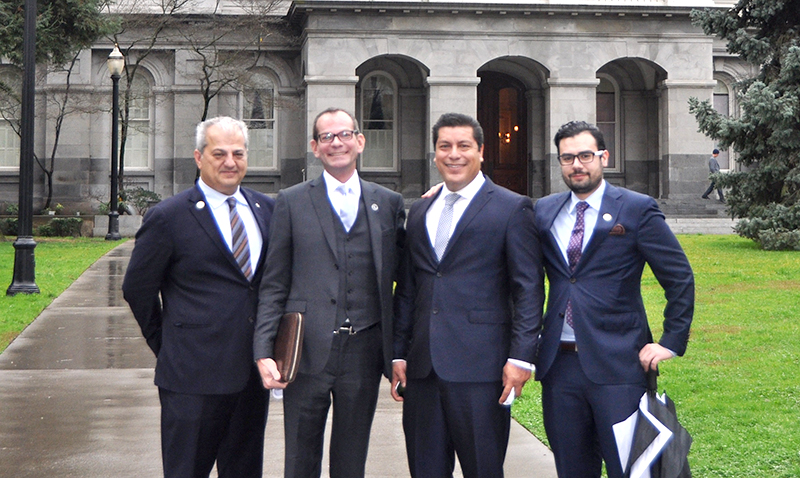 L to R: GCLA Director Mo Garkani of Continental Limousine, GCLA Treasurer Rick Buell of Diva Limousine, Carlos Garcia of Carlos Transportation Service, and GCLA Director Raphael Sousa of SF Limo Express To emphasize its commitment to safety measures, the day’s discussions zeroed in on the GCLA’s support of SB-20 (“The Bus Safety Bill”), which would require passengers riding in a motorcoach or bus to wear their seatbelts while the vehicle is in motion. Duty of Care discrepancies between this industry and TNCs were also highlighted, as was the legislation that the GCLA will be putting forth to allow transportation providers utilization of Department of Justice background checks in an effort to ensure that all chauffeurs are thoroughly screened.

The GCLA made a video about its Day on the Hill, which can be seen at goo.gl/ZD8sWD.

The association’s next general membership meeting will be March 13 in Las Vegas.