After a buffet breakfast, things quickly got underway with a welcome from VLA President Paul Walsh of Superior Executive Transportation, who reminded attendees about the approaching inauguration and the importance of providing service during that event. 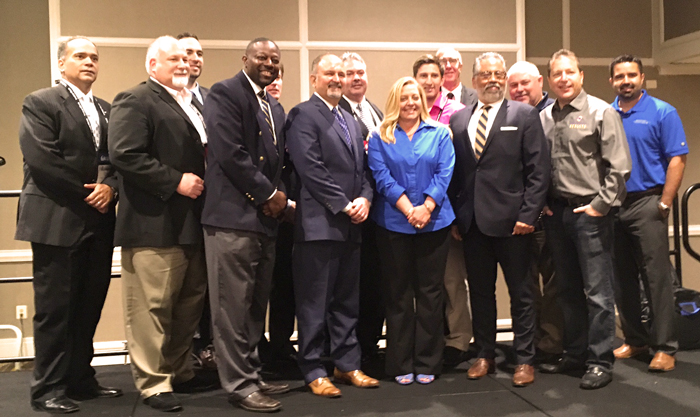 The sponsors of the October 12 VLA meeting held in Washington, D.C. Jagiela followed by recognizing the executive board, and then thanked the meeting’s sponsors, giving them each an opportunity address thee room. Steven Wolfson, a representative from the meeting’s Gold Sponsor Century Business Solutions, was the first to speak, sharing a bit about the credit card processing services that the company offers. To continue their support of the VLA, Century offered a promotion that gives operators who subscribe to their service a $250 honorarium toward association membership fees. Other sponsors who spoke or were recognized for their support included American Executive Sedan, Georgetown Insurance, Love Limousine, MCI Coach, Reston Limousine, Superior Executive Coach, Corporate Car Worldwide, ZBest Worldwide, U.S. Sedan Service Worldwide, Karhoo, Create-A-Card, Quarles Petroleum, Fredericksberg Limousine, and Richmond Limousine. 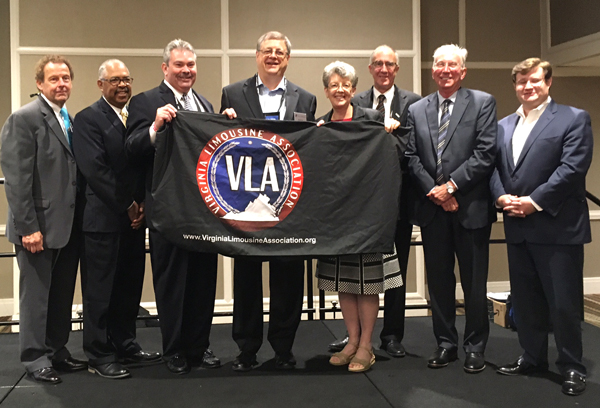 The VLA executive board Next, Jagiela welcomed Neville Waters, public information specialist for the D.C. Government of For-Hire Agency (DFHV), formerly known as the D.C .Taxi Commission, whose presence at the meeting marked a major sea change in the way chauffeured ground transportation will operate in the district: For years, the relationship between operators and the commission was adversarial at best. Operators from Virginia and Maryland were prohibited from performing point-to-point services within D.C. limits, and the enforcement officers were employing tactics likened by many to “stormtroopers.” With the recent rebranding of the government agency, and the placement of new acting DFHV director Ernest Chrappah, the communication lines have been opened to the VLA members and area operators, and they report that the situation is already drastically improving.

Waters shared a personal video from Chrappah (who was unable to attend) in which he addressed the VLA, which outlined the DFHV’s new, more pragmatic approach to ground transportation. To prepare for the inauguration, the commission will be offering online applications to streamline the process for operators to receive a special event decal to perform point-to-point service. More importantly, the DFHV is in the process of developing a program that will allow Virginia and Maryland companies to offer point-to-point jobs in D.C., with the provision that they provide trip data through a new app. Furthermore, the department is looking to continue its dialogue with the for-hire industry by holding more meetings and town halls with operators. 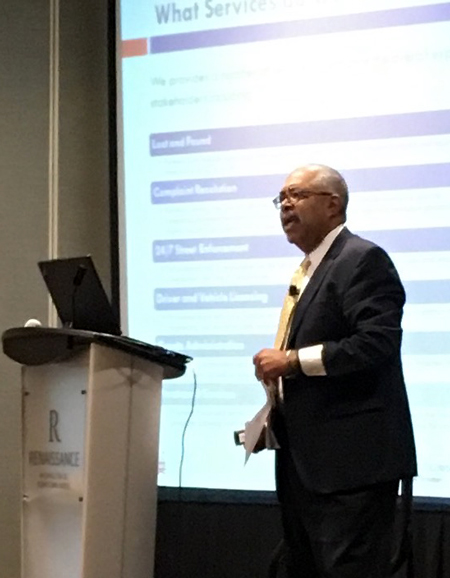 Neville Waters, public information officer, D.C. Government For-Hire Agency After the video presentation, Waters echoed Chrappah’s embracement of technology and new vision for the industry. He then took questions from VLA members regarding the new regulations. Before Waters finished, Jagiela recognized him and the DFHV for opening a “conduit for communication to develop a level playing field for the industry.”

The meeting continued with a presentation from Gary Myers, division manager with the Metropolitan Washington Airport Authority (MWAA), who detailed the construction of a new terminal at Ronald Regan International Airport and the challenges it will present to ground transportation in the metro area. While Myers admitted that the project slated to run from 2017-2020 will make things “difficult in the interim,” he mentioned that an expanse for for-hire parking is in the works. He encouraged VLA members to visit www.mwaa.com for updates. 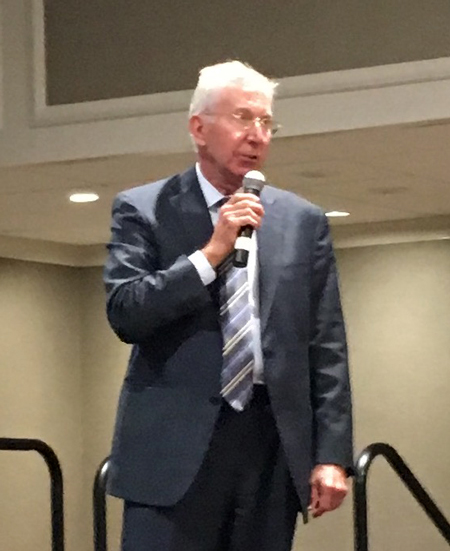 Gary Meyers, division manager with the Metropolitan Washington Airport Authority The morning’s last speakers were two officers from the Virginia Department of Motor Vehicles. In anticipation for the inauguration, they provided an overview of the use of rental cars in a for-hire capacity, and distributed forms relating to the practice.

Before the meeting was adjourned, two raffle winners were announced. Joe Oulton of Richmond Limousines was the winner of a backpack donated by American Motor Products and Steven Little, sales manager with Battisti Customs, was the 50-50 winner; Little generously donated his cash winnings back to the association.

VLA members were enthusiastic about the meeting, particularly in regard to its proof of advancement in the relationship with the D.C. DFHV.

“These developments are nothing short of remarkable,” said VLA committee member Barry Gross of Reston Limousine. “As a Virginia operator who relies on business in D.C., we are incredibly pleased that the DFHV has created a pathway to offer point-to-point transportation within the district. This is a privilege for which we’re willing to pay a price.”

The next VLA meeting will be in Atlantic City on November 15.