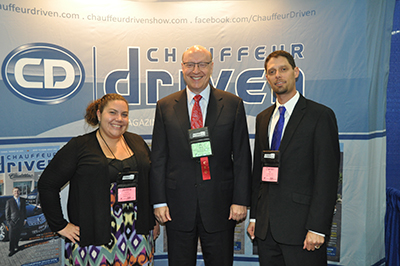 While the show was punctuated by meetings, educational opportunities, exhibits, general sessions, award ceremonies, open committee meetings, industry-specific addresses, and social events, it also saw the premiere of TLPA’s short documentary about Uber. The 10-minute film, which aims to debunk some of Uber’s most stubbornly persistent myths, is part of the association’s Who’s Driving You? campaign to raise public awareness about the dangers of unlicensed and unregulated transportation companies, and can be watched by visiting the initiative’s website at whosdrivingyou.org.

The show floor hosted an array of vehicles and vendors. Among the many paratransit and taxi offerings on display were Mobility Ventures’ two new models, the 2014 MV-1 SE Taxi Edition and the LX luxury vehicle, which are modified versions of the company’s wheelchair-accessible MV-1. Mercedes-Benz Sprinters designed for handicap accessibility were also available for vehicle tours. Technology companies were well-represented on the show floor with payment and hailing apps, dispatch programs, booking software, and tracking services all among the products signifying ground transportation clients’ changing demands.

Separate award ceremonies were held to recognize TLPA’s outstanding operators and drivers. Among those honored were Dawson Rutter of Boston’s Commonwealth Worldwide, who was named Limousine Operator of the Year, and the Limousine Chauffeur of the Year was Syed Islam of GO Executive Car Service in Fort Lauderdale, Fla.

On the event’s last day, Michael Fogarty of Tristar Worldwide was sworn in as TLPA’s new president, marking the first time in the association’s history that it has a limousine-industry president at the helm. In his speech, Fogarty outlined his “ABC Agenda” for the upcoming year: addressing the ground transportation industry’s image; battling to get legally operating transportation companies and unregulated TNCs on a level playing field; and collaborating across associations and industries. 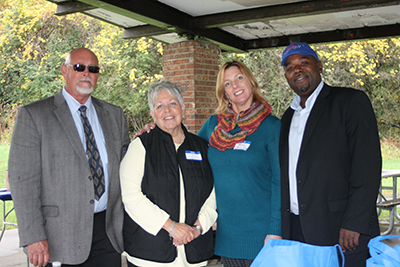 The day aimed to demonstrate ILA members’ appreciation for local chauffeurs and the daily challenges they face, giving operators a chance to extend some well-deserved kudos to the drivers who also serve as public faces of their companies.

“There’s no better time than now to come together as an industry and say thank you to our chauffeurs because I really don’t think we can do that enough,” says ILA President Tracy Hodge-Raimer of Your Private Limousine. “Our big focus was to make sure that there was no solicitation, that everyone was sincere in just wanting to say thanks.”

Hodge-Raimer was part of the five-person committee that has been planning the day since August, which comprised Paula DeBiasi of Chicago Coachworks, Scott Delheimer of Class Act Limousine, Brian Whitaker of Chicagoland Transportation Solutions, and Chauffeur Driven Publisher Chris Weiss.

After hearing the success stories of other organizations’ approaches to Chauffeur Appreciation Day, Hodge-Raimer sought help from the committee and other ground transportation associations, like the New England Livery Association, to bring the industry tradition to the Windy City.

More than 20 companies sponsored the event, and a few also served as vendors. A number of Grech Motors’ buses were on-site for vehicle tours, and representatives from City Colleges of Chicago’s Olive-Harvey College were available to discuss the services they have for chauffeurs. Scholarships to the Olive-Harvey College’s Public Passenger Chauffeur Training program was even among the day’s prizes, as was a pass to CD’s Atlantic City show. Grisselle Desai, Jack Nakanishi, David Riske, and Jeff Patton were the scholarship winners, while Terrin Lange of Chicago Northshore Limousine won the show pass.

Even though rain delays made it difficult for chauffeurs to find a few minutes to attend the event, roughly 35 drivers stopped by for lunch and friendly company.

“I’m confident that we did everything we set out to do,” says Hodge-Raimer. “I was very happy with how it turned out.”

The sporadically inclement weather did come with a silver lining: Seeking refuge under the picnic pavilion at the heart of Chauffeur Appreciation Day’s activities presented more opportunities for the event’s attendees to meet and mingle.

“I did see a few gentlemen that I had not met before in the past, so it was a good way for the small, independent companies and the large ones to get together for a few minutes and discuss the market not competitively, but how it affects all of us,” says Edward White of Tell-A-Friend Limousine. “I just enjoyed the opportunity to meet everyone casually on common ground and network in a different environment.”

With its first Chauffeur Appreciation Day under the ILA’s belt, the association is already talking about making it an annual event.

“I’m looking forward to doing it again next year and I think everyone else is, too,” Hodge-Raimer says. “I think it’s exactly what our industry needs, just coming together in a laid-back atmosphere to support each other.”

Aurora, Colo. — The Colorado Limousine Association (CLA) held its most recent meeting October 15 at Mimi’s Café in Aurora, Colo. CLA’s meeting comes on the heels of Denver International Airport’s October 8 advisory board meeting, where a recent U.S. Federal District Court ruling was among the topics addressed. The court had decided that if a for-hire vehicle is doing business to and from the airport, it must abide by the interstate guidelines that dictate operating authority, vehicle markings, and adequate insurance.

According to CLA President Youssef Marrakchi of Centennial Transportation, the meeting was dominated by a question-and-answer session with Harry Thomas of the Federal Motor Carrier Safety Administration. The Denver airport recently lowered its insurance requirements for ground transportation, so the board brought in Thomas to talk about intrastate versus interstate insurance requirements, as well as to shed light on any related issues requiring clarification.

The remainder of the meeting was dedicated to discussing association business. CLA is currently in the process of hiring an executive director, who Marrakchi says would be in charge of running CLA’s meetings, help the board with its media releases, and recruit new members.

The next CLA meeting will be held November 19.