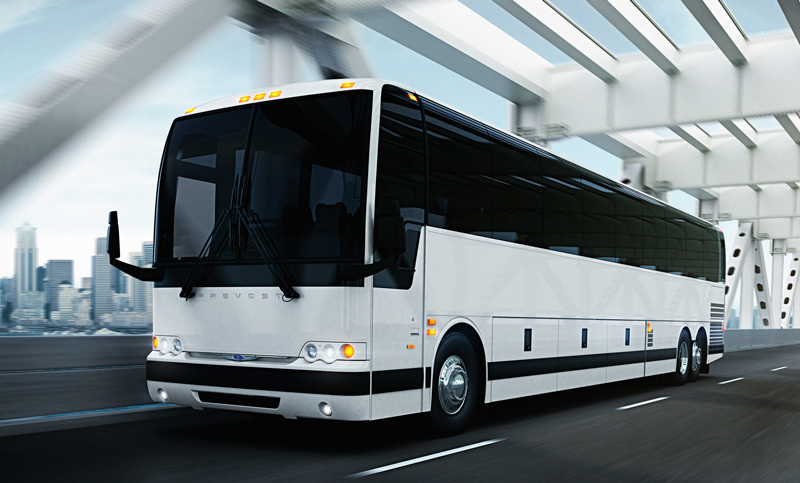 Sainte Claire, QC — Prevost recently introduced the only electric cooling package for a powertrain of up to 500 horsepower. The new system takes into account the amount of cooling needed, where it is required, the power needed for the task and how this power will be generated.

Unveiled at the United Motorcoach Association Expo in March 2017, the fully integrated system was designed entirely in-house at Prevost. It eliminates the belt-driven fan, thereby reducing the engine horsepower required to operate it. The end result is up to four percent improvement in fuel economy, better reliability/less downtime, enhanced performance, and potential decrease in maintenance costs.

“Again we demonstrate what sound innovation really is by taking to market a solution that addresses the fundamentals of coach operation in terms of fuel economy, maintainability, dependability, and reliability,” says Provost Product Management Director Abel Zacharie.

Prevost’s electric fan drive development was made possible by an in-house integration of all systems including a new electrical architecture. The new fans offer a progressive speed that is adjusted on demand from the engine cooling system. Since they are not driven by the engine, more power is available at the wheels. 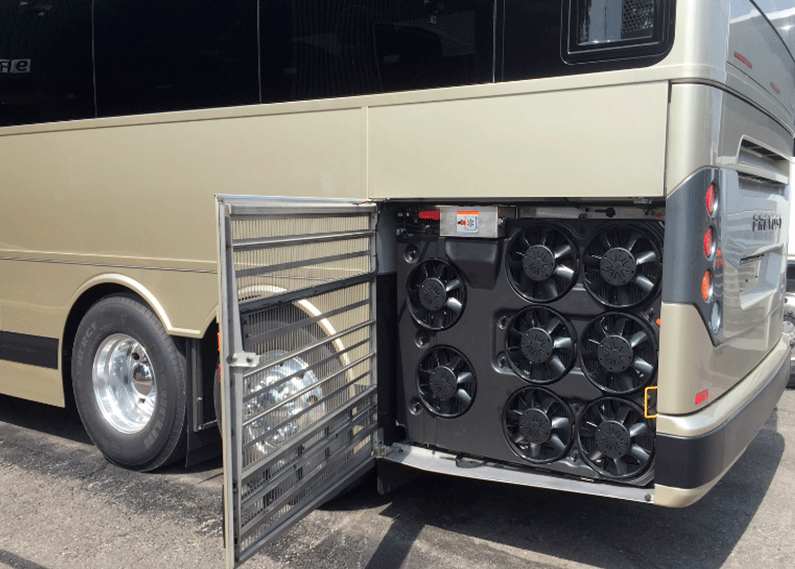 The drive includes eight fans total; six for the radiator and for the Charge Air Cooler (CAC). Both the CAC and the radiator fans are split into two independent groups driven by a different multiplex module for complete redundancy to avoid coach down situation related to fan issues. The true beauty of the system is the vehicle can operate with only one of the two systems functioning.

The side by side configuration allows the complete surface of both the radiator and the CAC to receive fresh air.   Debris cannot accumulate between them and the system logic was built with the following features to keep them clean and fully efficient at all times.

In winter conditions, fan rotation is reversed on a regular basis to push snow, ice, and sleet out of the radiator and CAC surface. In normal operation, air is pulled into the engine compartment.  Alternatively, in summer conditions, fans are turned off from time to time so that any debris blocking air flow will drop off.  For example, plastic bags can stick to the radiator door due to fan suction effect.

An additional benefit to the side by side configuration is that the design allows the CAC to be easily and quickly removed independently of the radiator; giving mechanics easy access to the engine compartment.

The new cooling package will be standard, along with Prevost’s intelligent battery charging system (PRIME), on X3-45’s built in 2017 and beyond. Plans to also offer the system on the H3-45 are underway for 2018.