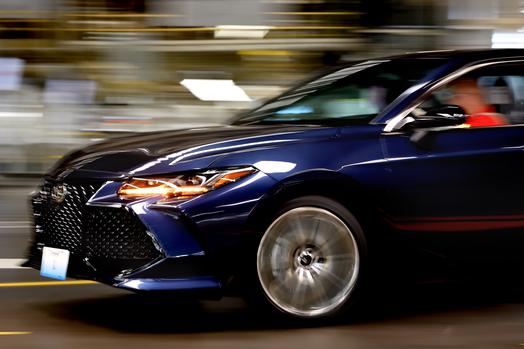 Georgetown, Ky. — In anticipation for the Kentucky Derby, Toyota unveiled the newest addition to a strong stable of vehicles at its plant in the Bluegrass State: the all-new 2019 Avalon.

Built on its Toyota New Global Architecture (TNGA) manufacturing platform, this fifth generation of the Avalon has proven to be the “future of Toyota manufacturing,” said Susan Elkington, president of the Kentucky plant.

“TNGA allows us to be more flexible and creative on the production line – transforming the way Toyota builds cars," she added. Our recent $1.33-billion investment in this plant allowed us to be the first Toyota facility in North America to build on this platform—initially with the 2018 Camry and now with our flagship sedan, the stunning, new Avalon.”

An example of TNGA is as simple as the welding process and the “increased rigidity” it brings. The result: a quieter ride in the cabin. “It’s the difference between a coat that is buttoned and one that has a zipper,” Elkington said. “It is just that much tighter, more snug overall.”

Avalon represents Toyota’s commitment to American manufacturing: the flagship nameplate is designed and engineered in the U.S. and exclusively produced in Georgetown, Ky., by more than 8,000 team members. In fact, the Toyota Motor Manufacturing, Kentucky (TMMK) plant is the largest production facility for Toyota worldwide.

“It’s a badge of honor, working on this vehicle,” said Karen Cooper, TMMK quality engineering manager and the plant’s overall quality project lead for the new Avalon. “It’s a three-year process – our role was taking the design and ensuring it is manufacturable. We bridge between what the customer wants and how to produce that on the plant floor. The attention to detail, including the premium fit and finish of the new Avalon will make the customer proud to drive it.”

The new Avalon includes a few firsts for Toyota: 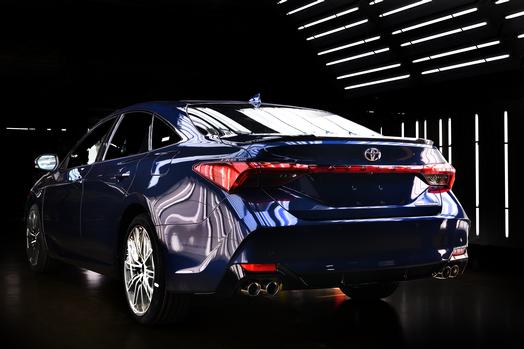 “Throughout development, we focused on the new Avalon being authentic and exhilarating,” said Randy Stephens, chief engineer. “One of the key components in getting there was the new platform and suspension. These underpinnings allow us to provide an unequaled foundation for the marriage between luxury and sportiness in the premium mid-size sedan segment.”

With four available grades, the new Avalon will accommodate a wide array of customers/drivers: the two dedicated Sport Plus models, XSE and Touring, plus the more luxurious XLE and Limited. Hybrid grades include XLE, Limited and XSE.

Elkington said a huge benefit is the diversity in the various models: “My favorite is the touring grade because it has some great driving modes. You can be in normal mode and have a smooth ride – go over a bump or pothole and barely feel it. Then you can switch to the sports mode for the driving experience. On a winding road, you feel each curve and you have the enhanced sound of the engine -- so you feel like you are driving a sports car.”