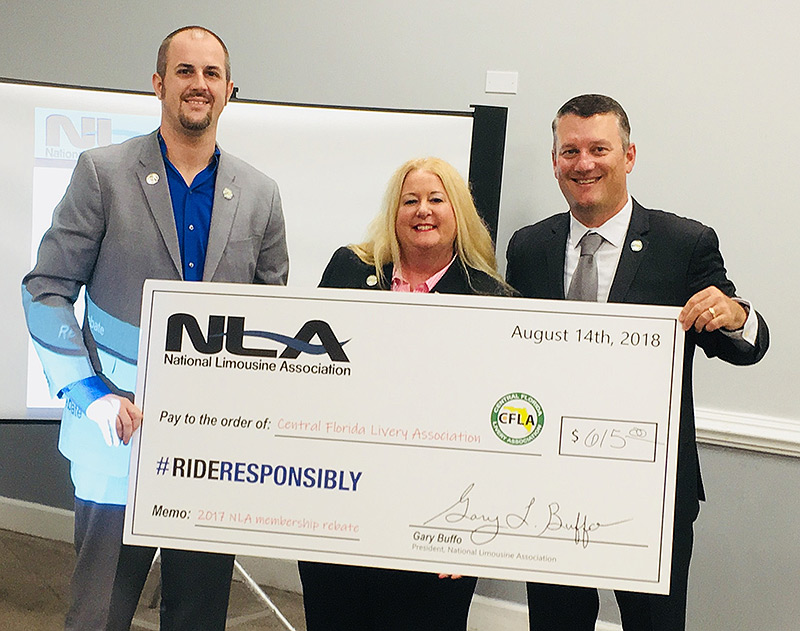 The back-to-school themed meeting was as packed with information as any classroom lecture is—complete with plenty of snacks like bite-sized empanadas and homemade, personalized sweets, courtesy of meeting sponsor Book.limo. Topics ranged from the national state of the industry to updates about the Orlando Sanford International Airport (SFB) from its Director of Airport Security George Speake to how the CFLA is working for its members

“To have the NLA president here was huge,” CFLA President Wendy Kleefisch of Brevard Executive Transportation said. “He got to learn about our concerns about what’s happening in the state, as well as hear directly from [SFB Director of Airport Security] George Speake.”

She added that, even though summers are traditionally quieter times for the industry that yield lightly attended meetings, this dog-days-of-summer event drew one of the association’s biggest crowds. 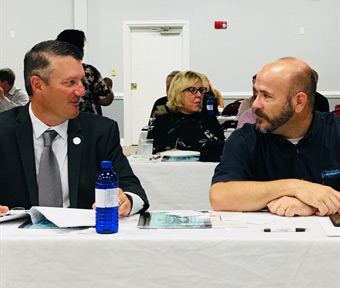 The CFLA meeting’s speakers, NLA President Gary Buffo (left) and SFB Director of Airport Security George Speake Speake discussed the “economic growth and the changes taking place at the airport,” as well as how TNC vehicles are no longer getting the preferential treatment that so many other markets have been grappling with. He also spoke about upcoming initiatives for SFB in the future as well as their struggle to find a balance between safety and tolerance regarding TNCs picking up at the airport despite lacking the proper insurance or vehicle permitting in order to operate legally and commercially.

Buffo then spoke to the attendees about the importance of supporting the NLA, highlighting the organization's emphasis on defending the chauffeured transportation space from transportation network companies by shedding light on the injustices of ride-sharing apps that have compromised the safety and longevity of our industry.

At the end of his presentation, Buffo presented the CFLA with its rebate check for $615—and encouraged more members to join the NLA so that the next rebate check can be even bigger. 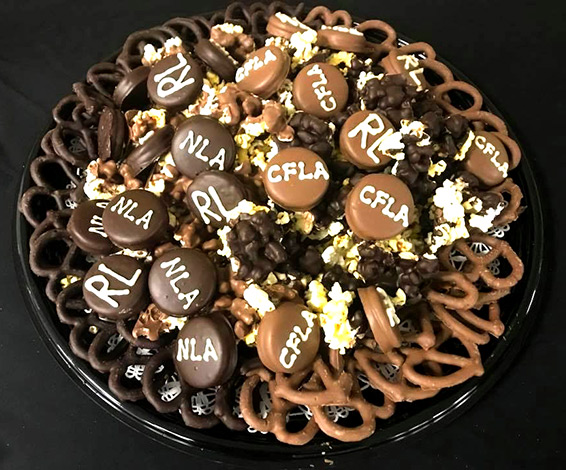 Some of the treats on hand for the CFLA’s August meeting "It is such an incredible honor to be accepted and supported by the NLA," said Kleefisch,

At the end of the meeting, CFLA members who use Book.limo spoke about how it has improved their business, spurred on by the meeting sponsor’s unveiling of water bottles that feature clients’ testimonials and case studies.

"Since switching to Book.limo for our online reservations, the frequency of customers booking has more than doubled," said Paul Kovie of Sunshine Limousine & Shuttle. Tom Halsnik of Walsh Airport Service and Black Pearl Limo added that his international reservations have increased significantly since adding Book.limo to his website.

The CFLA, which typically meets the second Tuesday of each month, will hold its next meeting September 11.