Doing what associations do best! When its last in-person meeting was thwarted by the no-gatherings order—originally scheduled for March 18, just two days after the mandate was announced by Florida Governor Ron DeSantis—the West Florida Limousine Association (WFLA) Board shifted into virtual mode to keep its members informed and safe. After weeks of fellow members checking in on each other via phone and email, Secretary Tom Halsnik of Walsh Chauffeured Transportation floated the idea of a Zoom meeting, which was met with an amazing response. The first meeting on April 29 was a success with nearly 20 members in attendance.

“Immediately following that meeting, I was bombarded with thanks and requests for another,” said Halsnik. “It was a feeling of relief that we were all experiencing the same thing, questions were answered by our insurance and vehicle sales members, information and advice sharing, and just to see folks face to face that we haven't seen in a while.” Halsnik quickly invited members to a second meeting, which was held on May 6 with about a dozen members.

The laid-back meeting, led by President Jeremy Jenkins of His & Hers Limousine, Treasurer David DiDomenico of Showtime Transportation, and Halsnik, was filled with lots of good-natured banter between members and some possible adult beverages (we won’t tell!), but was also heavy on information. 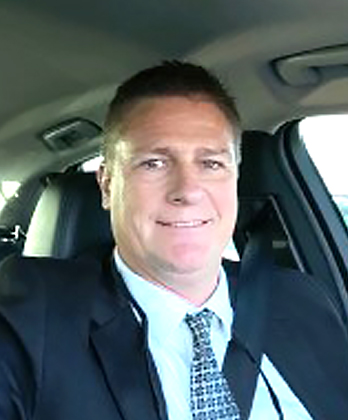 Members voiced some frustrations with the Small Business Administration’s Paycheck Protection Program (PPP), a new loan program specifically designed for COVID-19 relief for small businesses with 500 or fewer employees. PPP, part of Congress stimulus CARES Act, was created to cover the costs and partial rent and utilities for businesses for an eight-week period, although it’s been an imperfect fit for those industries like ours that are shut down indefinitely. Some on the call said that they has been approved, but had yet to be funded, noting that they had better luck with small community banks over the larger financial institutions.

Earlier in the day, Halsnik shared an update from The Hillsborough County Aviation Authority, the regulatory body of the Tampa International Airport. As of May 11, “all tenants and employees that work at Tampa International Airport will be required to wear a face covering when working or transiting any public space of the airport,” which includes chauffeurs and drivers. The Authority has launched its #TPAready initiative to ramp up for post-COVID travel, which includes ground markings for social distancing, plastic shields at ticket counters and boarding gates, enhanced cleaning of terminal facilities, and, of course, the use of face masks/coverings. More details can be found here. Additionally, the notice said that operators may temporarily be permitted to park in the short-term garage, although the situation will be monitored and updated as needed.

Vendor members Joseph Madiedo of PIC Insurance and Jim Armstrong of Limo World fielded tons of questions from those on the call, from insurance premiums to what the market looks like for selling vehicles as operators look to cut costs and sell any unneeded inventory. A big part of the conversation centered on the in-demand Plexiglas dividers that many companies are installing to keep customers and chauffeurs safe. Some commented that affiliates were requiring the installation, which Madiedo noted had been used—and applauded—in taxis for years.

WFLA plans on holding another Zoom meeting on May 13 at 5 p.m., as well as its official “lunch” meeting on May 20 at 12:30 p.m. Information on how to join the meeting can be found on WFLA’s Facebook page.