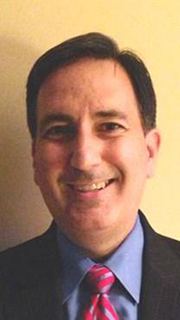 Boston —Marc Martine, senior vice president of operations at BostonCoach, passed away Aug. 14 in Morristown, N.J., due to complications resulting from cancer treatment. He was 48.

Martine spent eight years with BostonCoach, where he managed its sales, marketing, and operations activities. As senior vice president, he oversaw companywide operations, which included the dispatch centers and team of chauffeurs. Martine’s knew how to connect thousands of chauffeurs, clients, and locations to ensure that every ride was on time with a proficiency and professionalism that was to BostonCoach’s credit and its clients’ benefit.

Before he joined BostonCoach, Martine was a fleet operations director for Avis, the world’s second-largest car rental company. He played a crucial role in consolidating and integrating both companies’ internal and external operations when Avis acquired Budget Rent-A-Car. As fleet operations director, Martine automated more than 100 of Avis’ domestic fleet services centers, and also helped improve both the efficiency and profitability of underperforming locations.

Martine is survived by his wife Phyllis and two sons.

A memorial Mass was held Aug. 23 at Our Lady of the Lake Church in Sparta, NJ.