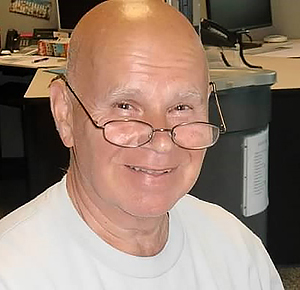 “We just had a good old time. I rather enjoyed myself,” Salinger said of the anniversary shindig. “Of course, we took the next day off because my wife and I were beat. But it was great.”

Salinger’s self-launched career followed a three-year stint in the army, which he left knowing that he wanted to set out on his own path by being his own boss. Five months later and with a $1,000 loan from his father, Salinger opened the first of what would be many service stations.

In the five decades that have passed since then, Salinger has been involved in numerous transportation-industry businesses: an independent Volkswagen repair facility called The Bug Shop; heavy-truck towing, recovery, and repairs; used-car rentals; a before-its-time precursor to Jiffy Lube; and, of course, Unique Limousine, which opened in 1982 and was the first limousine company in Harrisburg. He also found time to raise a family with his wife of nearly 49 years, Josie, and served for 13 years on the Philadelphia Regional Limousine Association board—two of those years as president.

“His family and employees are all so proud of his accomplishments,” said Tracy Salinger, one of his four daughters and Unique Limousine’s affiliate/general manager.

Having his family involved in his various pursuits over the years has Salinger “tickled pink,” especially since he credits their patience and dedication over the years—as well as the support of “phenomenal staff”—as the secret to the continued success of his companies that have all serviced an industry he just loves.

“Without the good Lord blessing us and having a wife and family like I have, none of this would have been possible,” he said. “Without the support of my staff—from the people who wash the cars, the mechanics, the chauffeurs, the office staff, the whole way up—it wouldn’t have happened. I tell everyone that I didn’t build this business—the staff did. I just steer it.”

And it’s important to Salinger that he’s able to continue along this path, as the most rewarding part of his time spent working in the transportation industry is helping his clients.

“I really enjoy making people happy, or being a part of what makes them happy,” he said. “When I still drove, I loved doing weddings because we were a part of someone’s happiness. It’s all about serving the public.”

It is that spirit of service and reciprocity that Salinger says exemplifies the industry, and cites as an example an upcoming springtime event Unique Limousine will be participating in, providing “very reduced rate” transportation for a nonprofit initiative to help nearly two-dozen young women without father figures.

“This isn’t a give-me business,” he says. “I have a philosophy: Give back to those who give to you. It makes me feel good because, in many ways, a lot of these people have helped me.”