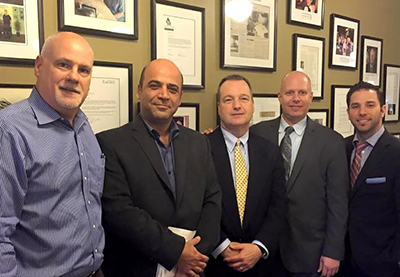 Both HB-225 and HB-190 have passed in the Georgia House and Senate, and gradually will be signed into law between July of this year and July 2016. HB-225 mandates that all for-hire drivers receive a license endorsement before taking to the road, while HB-190 decrees that TNCs and their drivers are insured enough to cover minimum liability limits.

“The city didn’t view TNCs as taxis and the state didn’t view them as limousines, so nobody was doing any enforcement,” DeLoatch said. “The legislation was written and adopted so there could be some enforcement. What seemed to be our only option was to get legislation passed that would clear that pathway so state and local municipalities could start providing some enforcement to oversee these operations, because the bottom line is all about safety.”

“For example, TNCs don’t pay sales taxes here in Georgia and we do—so instead of “You will pay,” there’s an either/or for TNCs: Either you pay sales taxes or you buy a permit or a fee based on the number of vehicles that you’re operating,” he said. “There’s an Option A or Option B, whether it’s for insurance, fingerprinting, vehicle inspection, or sales taxes.”

The Georgia Committee for Transportation Compliance (GCTC)—a council that had been formed by local leaders in both the taxi and chauffeured ground transportation industries, included their lobbyists and attorneys, and in which both DeLoatch and GALA Vice President Jeff Greene of Greene Worldwide Transportation played a role—had a hand in crafting the two bills.

“The efforts for the bill were results of the efforts of the GCTC,” DeLoatch said. “We were very active in writing the legislation, negotiations went back and forth with lobbyists and attorneys, and what we wanted was not exactly what we got. But maybe there’s something to build on, and maybe there’ll be an effort going forward to rewrite some of the legislation and put more bite in the bark.”

GALA is currently looking to grow its membership, and its website, galalimo.org, has “a wealth of knowledge” available for the entire industry—not just GALA members. DeLoatch said that the site is regularly updated to help the association in its mission to make operators “aware of what their obligation is to the public and the industry, and to be fair in their operations and how they conduct their business.”

Both CD’s Chris Weiss and Jeff Brodsly of Chosen Payments spoke at the meeting, with the former discussing the industry as well as Chauffeur Driven’s 2015 events, and the latter talking about the recent bout of credit card fraud plaguing operators. Weiss raffled off a pass for the Executive Retreat in Nashville, which was won by Tiffany Morman of MARTI Transportation, and a pass to the Miami show, which Clarence Carr of Action Worldwide Transportation won.

The association’s annual charity golf tournament has been scheduled for September 22, and will raise funds both to benefit Children’s Healthcare of Atlanta and cover GALA’s legal efforts of the past year.

GALA’s next meeting will be June 16.