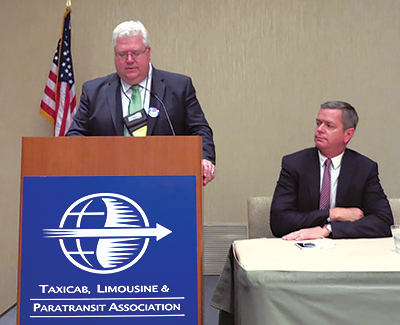 On the first morning of the event, the Taxicab, Limousine & Paratransit Foundation met to discuss its key initiatives: Transportation On Patrol—a “neighborhood watch on wheels” program that utilizes locally operating taxis, limousines, and paratransit vehicles to serve as additional eyes and ears for the communities they patrol—and its History Video project, which is recording an oral history of the for-hire vehicle industry. That afternoon, the Taxicab and Paratransit Steering committees held open meetings to discuss issues and concerns to be addressed by TLPA during the remainder of 2015, including topics to present at TLPA’s Annual Convention & Trade Show in Las Vegas. The opening cocktail reception was held in the exhibit hall later that evening.

After a buffet breakfast in the exhibit hall the next day, attendees were treated to six educational sessions: Why Transportation Bookers Stay and/or Leave a Limousine Network; How to Prepare and Conduct a Paratransit Safety Meeting; Complying with the Affordable Care Act; Taxi Regulatory Reforms Needed to Compete with TNCs; Paratransit Driver Safety Meeting Demonstration; and Public Relations Response to TNCs.

Thursday was also the day the exhibit hall opened, and visiting vendors were available to discuss the exciting new products and services on display. After lunch, the Limousine Steering and the Women in Transportation committees held open meetings to both set their work agendas and select topics for presentation at TLPA’s Annual Convention & Trade Show this fall. 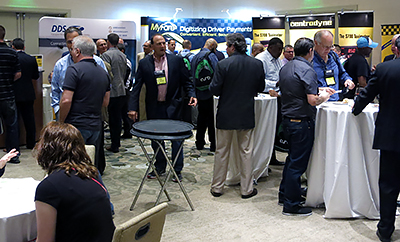 Attendees visited vendors to discuss the exciting new products and services on display in the exhibit hall During the General Session, which was held Thursday afternoon, Fogarty welcomed attendees by stating, “TLPA is the world leader in fighting Uber.” He added that he could not emphasize enough the importance of addressing our industry’s image, and stated how imperative it is to “reach the people not in this room.” He said each attendee should leave the conference determined to improve one thing in his or her operation and service delivery.

TPAC President Bill Rouse also addressed attendees and introduced the keynote speaker, California State Senator Ben Hueso. Senator Hueso, who grew up in the taxicab business in San Diego, called for a level playing field, stressing how unfair it is to have heavily regulated operators competing with new lightly regulated companies that are providing the same service.

The next TLPA event is its 97th Annual Convention & Trade Show in Las Vegas, Nev., which will be held October 26-30.