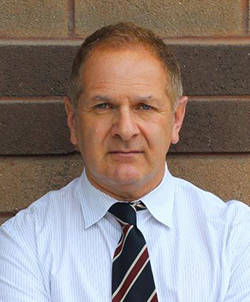 Frank Moss, Affiliate Director of United Worldwide Boston — UnitedWorldwide of Boston recently announced the addition of Frank Moss as the company’s new affiliate director. Moss’ duties include managing an international network of affiliates, developing partnerships, and recruiting operators to service UnitedWorldwide’s ever-growing global presence. This is a new position for the company.

Moss joins founders Terry Murtaugh and Jason Dornhoffer along with Vice President of Business Development Katie Losito in managing the company’s rapid growth. He brings nearly 30 years of industry experience, most recently serving as director of global operations for a Chicago-based provider.

“We are delighted to welcome Frank Moss as UnitedWorldwide’s first affiliate director,” said Murtaugh, CEO. “Frank brings not only a successful background and tremendous experience, but valuable relationships that will greatly improve our service capabilities.”

Moss previously held various positions in the industry, which have greatly added to his expertise. He started as a chauffeur, later a dispatcher, and held positions in reservations and accounting. He began building a network for domestic and international travel for his clients in 1999, which eventually led him to focus his career on working with affiliates and partnerships.

“I am very happy to be back in Boston, a city I very much belong to. To be joining UnitedWorldwide with Terry and Jason is truly exciting. It’s a perfect match. I’ve watched this company’s growth from the beginning, and it’s a great time to come onboard.”