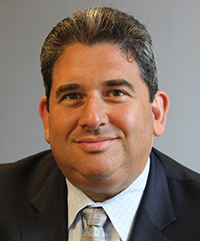 LANJ President Jeffrey Shanker Princeton, N.J. — At the beginning of the month, Limousine Association of New Jersey (LANJ) President Jeff Shanker of A-1 Limousine was featured on an installment of New Jersey Capitol Report. The show, which explores New Jersey’s various social and political issues, airs on NJTV, the state’s public television network.

The show’s moderators, Steve Adubato and Rafael Pi Roman, interviewed Shanker in regard to traditional operators’ biggest issues with TNCs, the differences and similarities between TNCs and the taxicab and limousine industries, independent contractors, insurance and who’s responsible when a TNC driver gets into an accident in a personal vehicle, and the importance of public safety.

A representative from Uber had previously been on the show, which Shanker said lent an air of debate to his interview, allowing him to explain both chauffeured ground transportation’s and the association’s stance on TNCs in the context of seeking—but not opposing—fair competition, rather than reiterating a previously outlined argument.

“They weren’t looking for me to give a speech; they were looking to almost debate the public policy as a whole by asking some pointed questions to make sure that our facts were correct and that our philosophy was that of a competitive nature,” Shanker said.

Shanker added that he appreciated the opportunity to present the industry’s point of view, and has “received nothing but positive feedback” since his interview aired—which, thanks to the help of social media, has already reached a far-ranging audience.

“We’re very happy to try to get our message out to the populous,” he said. “By having the opportunity to present our side of the story to the media and have it broadcast throughout New Jersey and also to social media by putting it on Facebook, we’re hoping we’ll help bring to light that we’re not trying to thwart competition, we’re just asking for competition on a level playing field. But with that, the major push is toward public safety. Our industry has been regulated almost since the turn of the last century: These regulations were put in place not to stop business but to protect the public.”

The interview can be seen here.

With further action regarding AB-3765 “pushed back indefinitely,” LANJ has been continuing its grassroots efforts to meet one-on-one with elected officials, as well as focusing inward by pushing forward with its membership drive. With the association’s Social Media and Membership committees both working hard to the association’s benefit, Shanker said that Executive Director Patty Nelson, Treasurer John Epstein of Royal Coachmen Worldwide, and directors Barry Trabb of Complete Fleet Livery Sales and Jeff Brodsly of Chosen Payments all deserve “a lot of kudos.”

The next LANJ meeting is scheduled for September 16. A representative from the Port Authority of New York & New Jersey will be on hand to discuss what’s happening at the Newark airport and there will be a presentation on the online chauffeur education course Safety Training Operators Program, or STOP.