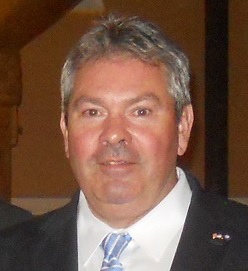 According to the new regulations, every legally operating transportation company performing pickups and drop-offs at either airport will be required to have a permit indicating that they are allowed to do so. Each permit can be purchased by a limousine company for a one-time registration fee, as well as associated fees for the AVI units that will automatically charge each account with an access fee each time a vehicle travels into the designated pickup and drop-areas that the MWAA has created.

While VLA President Paul Walsh of Superior Executive Transportation said that the fees will present a bit of a burden “that we’re going to have to pass on to our customers,” he is optimistic about the new development.

“I think, all in all, it was better than we expected it to be,” he said. “Obviously, we hate having to pay more money to use their facilities but that’s part of doing business correctly. I think everyone was expecting this to be a bit more costly but I think in terms of the bigger picture, if it works, it’ll be great.”

Walsh added that the measure stems from the need to cut down on congestion at both airports, which have “seen an uptick in TNC drivers doing circles and blocking traffic, and Dulles and Regan cannot afford that additional headache.” The two airports have already designated their holding lots for ground transportation vehicles.

The VLA’s next meeting is tentatively scheduled for September 14.