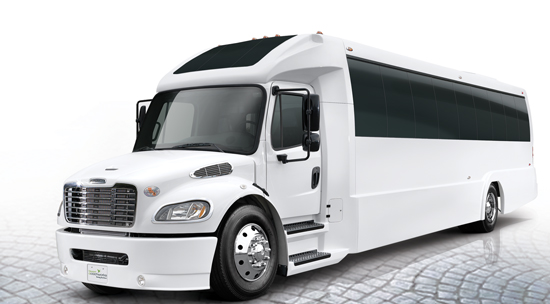 Freightliner exterior Riverside, Calif. —Executive Coach Builders (ECB), the longest running coachbuilder in the U.S., entered the fast-growing bus market in 2013 when it launched its bus manufacturing line at its headquarters in Springfield, Mo. Expanding bus production capabilities has been in the works for several years, and it came to fruition when ECB President David Bakare had the opportunity to purchase a new facility in southern California, which he named Executive Bus Builders (EBB).

Last month, Bakare and EBB unveiled the first buses off the production line at the Chauffeur Driven Show in Miami. Customers got an up-close and personal look at the new buses, which Bakare says have all the quality and functionality that ECB has been known for over generations. Bakare says that EBB is the only bus manufacturer that uses the latest in resin-infused fiberglass technology, which allows the company to build a lighter and stronger bus. Some other manufacturing features include: laser-cut steel cage construction, full composite body and floor, ultra-sleek exterior and interior styling, frameless windows, rooftop HVAC condensers, and Premier seating. Bakare says that a significant financial commitment was made to ensure that this new production facility is second to none. 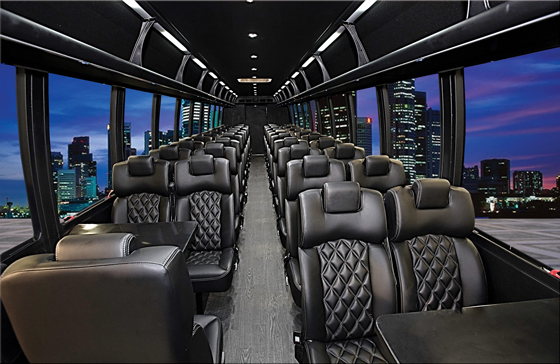 ECB has been in coachbuilding for nearly 40 years, making it the oldest continuous coachbuilder in the country. It produces limousines, SUVs, Sprinters, and funeral and custom vehicles, but the missing link has been a full line of shuttle and limo buses. “This move was dictated by our very loyal customers who want to one-stop shop with us, and now that is possible,” says Bakare.

The California facility, which produces buses on the Ford 450 and 550 and Freightliner chassis, gives West Coast ECB customers a local facility to purchase and service their vehicles. Bakare says that its flagship bus—the 550XL—is the only one of its kind in the industry that is built on a Ford 550 and seats up to 31 passengers.

At the helm of this new facility are two industry veterans who have are intimately familiar with all things bus-related: Carter Read, EBB’s chief engineer, and Pat Butler, who has more than 25 years of industry sales experience. Bakare was also able to tap into the rich pool of bus craftsmen talent in the area, which helped jump-start the division so it could launch faster than anticipated. The Riverside facility has been up and running for over 90 days and is on track to build 200 buses during its first fiscal year. In addition, ECB also announced that it has partnered with two exclusive distributors that will stock its full line of products: A-Z Bus Sales of Colton, California, and Nationwide Bus Sales of Chicago, Ill. 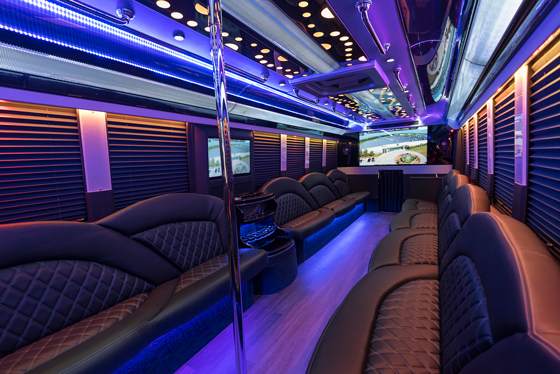 ECB, which will celebrate its 40th anniversary in 2016, has produced nearly 50,000 vehicles since its inception. With the launch of EBB to complete its lineup, Bakare says that the company will continue to build on its legacy and tradition of producing the highest quality vehicles and unmatched after-sale support.

Call its headquarters at 800.641.4540 or visit ecblimo.com for its full lineup of products. Call its California location at 951.369.7020 or visit its new bus website, ebbbus.com, for more information.