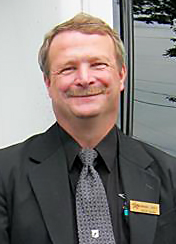 President of the WLA, Mike HartmannKiel, Wis. — Nearly a dozen people called into Wisconsin Limousine Association’s monthly conference call on April 20, and CD’s Editor Madeleine Maccar was among them.

After President Mike Hartmann of Stardust Limousine and Secretary/Treasurer Karen Lotts of A Knight Rider Limousine dispensed with association business, the call was dominated by information pertaining to the passage of AB-424, which amended Act 135’s previous regulations for carriers operating in intrastate commerce.

Sgt. Mark Abrahamson of Wisconsin’s DOT said that the act’s passage in February of this year was meant to clarify the requirements of both audits and compliance documents. Abrahamson also assured WLA members that recent hikes in insurance costs have nothing to do with Act 135 itself, which has been on the books for more than 20 years prior to its recent amendment; Abrahamson emphasized that a $1.5M insurance on 14-passenger vehicles and $5M on vehicles for 15+ passengers “would put a lot of companies out of business,” saying that neither he nor the DOT wants to see that happen.

WLA has since posted a flowchart to its site in an attempt to clarify what is now required from a transportation provider, or what they may be exempt from, which can be found at wisconsinlimo.org/wla-news.

A handful of WLA members sought specific answers during the call, among them: buses that work specifically for hotels and bars rarely leave the state or work as for-hire vehicles, making them largely exempt from AB-424’s amendments; vehicles accommodating 9+ passengers must have visible DOT numbers; and when applying for PC Authority—for those transporting passengers across state lines—it is critical that careful attention is paid to ensuring that a company’s name, EIN federal identification number, DOT number, and name on the insurance policy all match. And, of course, while high-occupancy regulations generally don’t apply to TNCs, Abrahamson did say that “all transportation companies need to fall under the same regulations.”

Illinois Limousine Association (ILA) President Tracy Raimer of Your Private Limousine was also on the call, and both she and Hartmann said that it would be beneficial to the two neighboring associations if WLA members were able to attend ILA’s annual meeting May 11. Raimer also discussed the ILA’s efforts to bring TNCs to a level playing field and the association’s lawsuit against Chicago over disparate regulations governing the two facets of transportation, advising WLA members that the ILA has found success in rallying the power of social media to get their message heard by TNC passengers and elected officials alike.

The next WLA call is scheduled for May 18.