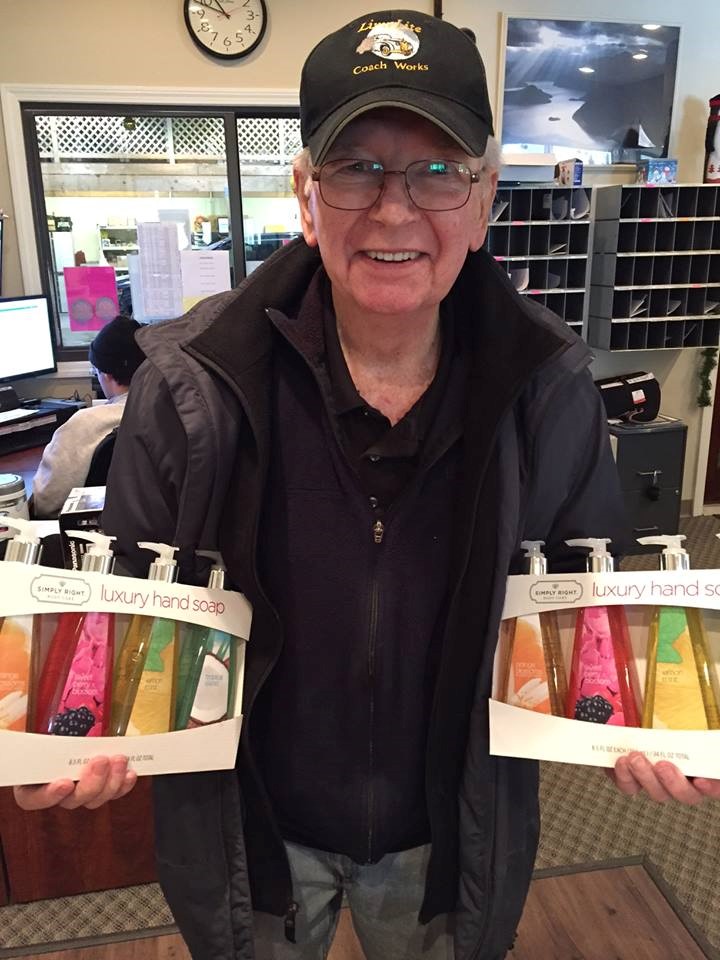 Manchester, NH — A video of Grace Limousine’s maintenance technician and grandfather-in-residence, “Papa” John Campbell, recently went viral with more than 37,400 Facebook views. The 89-year-old World War II veteran completed 22 push-ups as part of the #22Pushups challenge to honor veterans and to call attention to the tragedy of veteran suicide. According to #22KILL, the charity that launched the #22Pushups challenge, 22 U.S. veterans commit suicide every day.

Veterans’ issues have always been a high priority to Grace Limousine, which was founded by U.S. Marine Ian Campbell. After #22KILL challenged supporters to do 22 million pushups to raise awareness, Grace launched its own challenge, asking employees to take turns completing 22 pushups over 22 days. Shared on social media, the Grace challenge was joined by customers, family, and friends.

“Papa” John, the father of Campbell, has been a constant at the company since 1997. Despite his 90th birthday approaching in November, he continues to work six days a week and has been featured in Grace’s “Bigger Than You Think” ad campaign. He is well-loved figure in the community and is known for his “fighting spirit, determination, and spunk,” according to his grandson, and Grace CEO Michael Campbell. And now thousands of other people have been introduced to “Papa” John through his viral Facebook video.

Not content to rest on his laurels, “Papa” John was back with another video on day 14 of the challenge with an even bigger accomplishment: 30 knuckle pushups.