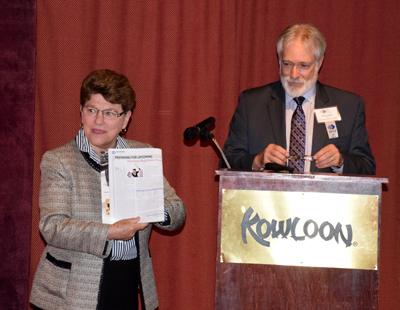 Saugus, Mass. — More than 75 members were on hand at the New England Livery Association (NELA) quarterly meeting held on June 14 at the Kowloon Restaurant. In addition to providing news and industry updates for the members, the evening meeting also saw the announcement of the 2016-2017 NELA board of directors, who will assume their roles on July 1. The elected officers are: 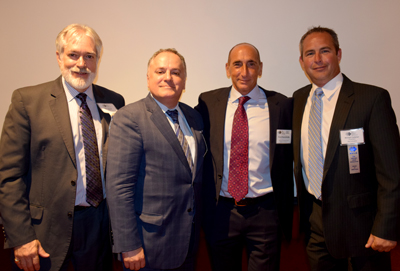 NELA Executive Director Rick Szilagyi, Scott Solombrino of Dav El/BostonCoach, Brett Barenholtz of Boston Car Service, and NELA President Michael Callahan of Able Limousine Following a cocktail hour and a demo of the Mercedes-Benz Metris, sponsored by Flagship Motors of Lynnfield, Mass., the group took part in a buffet dinner. After the meal, the evening's sponsors spoke to the members. CD Publisher Chris Weiss, representing the meeting's entertainment sponsor Chauffeur Driven, thanked the association and briefly touched upon October's Chauffeur Driven Show in Washington, D.C. Rob Slocum from Flagship was next to speak, followed by Chris Simpson of Allied Technologies, who sponsored the evening's raffle.

NELA Executive Director Rick Szilagyi of Lexian Management provided his update, which included the introduction of the new board and a recap of highlights from the fiscal year, which included NELA's recent Chauffeur Appreciation Day at Logan Airport that served barbecue to 1,000 drivers in the area. Szilagyi also touched upon recent TNC legislation in the six states that represent the association.

"We're fortunate to have Scott working on the TNC issue across the country," said Szilagyi. "He's a dynamic speaker, and we're always glad to have him present." 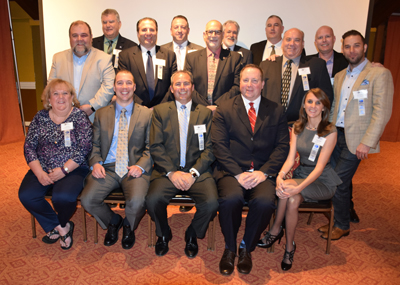 NELA Board of Directors The final speaker of the evening was Ellen Kearns of Constangy, Brooks, Smith & Prophete, who has been an editor of the first, second, and third editions of the Fair Labor Standards Act. She was on-hand to discuss the impending changes to the overtime rules, which goes into effect on December 1.

The meeting concluded with a number of raffles. Weiss donated a pass to the Chauffeur Driven D.C. show, to be held October 9-12, and was won by Brittni Kirk of All Points Limousine, Boston, Mass. Jeff Brodsly of Chosen Payments was the winner of the evening's 50/50, and he generously donated the money back into the association.

NELA's next quarterly membership meeting is scheduled for September 13.