Marlton, N.J. — Chauffeur Driven is proud to announce that Turtle Top, the New Paris, Ind.-based manufacturer of small and midsize buses as well as specialty vehicles like Van Terras, has joined Tenney Group as Platinum Sponsors of our first-ever Executive Retreat in Nashville. Attendees will have an opportunity to check out some of Turtle Top’s vehicles, which will be on display at select times during the retreat. The event—which takes place at the Omni Nashville Hotel June 22-24—is just six short weeks away, and a limited number of passes are still available.

“We’re just over a month away and our roster of registered operators reads like a veritable who’s who in the industry,” says President & Publisher Chris Weiss. “This is the perfect chance to get to know many of the major players in the industry on a personal level because of the casual and intimate setting of the event.” 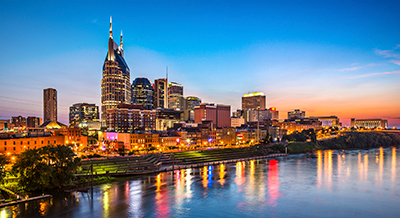 Our Executive Retreat was designed for exclusivity with space for only 200 operators and with a focus on high-end education, networking, and a lot of locally inspired Music City flavor. Our education program includes sessions presented by The Ritz-Carlton Leadership Center—considered the gold standard in customer service excellence training—called “Leadership & Employee Engagement” and “Memorable Customer Service.” Other seminars include “Creating Demand for Top Talent,” presented by industry veterans Kristen Carroll of The LMC Group and Brett Tyson of A&A Metro Transportation, and "Maintaining Your Financial Edge in the Chauffeur Driven Industry," presented by President of Global Business Strategies Frank A. Rosenbaum and moderated by Jason Sharenow of Broadway Elite Chauffeured Services Worldwide.

We’ve built in some healthy downtime as well, such as a tour of the iconic Country Music Hall of Fame® and Museum (connected to the host hotel) and a BBQ dinner. The evening also includes a private concert from singer/songwriter Phil Vassar in the acoustically dynamic Ford Theater. After a city bus tour of all of Nashville’s hottest sights during the day, get ready to head to Broadway for an authentic honky-tonk crawl. We wrap up on Wednesday afternoon with a trip to the Jack Daniel’s Distillery.

If you’re interested in attending, put some giddy-up in your git along, partner, because there are just 35 passes remaining. For more information, visit chauffeurdrivenshow.com/Nashville or call 856.334.1988.