With fall on the horizon, the New England Livery Association (NELA) welcomed more than 25 members and guests at their most recent quarterly meeting on September 13 ... READ MORE

After 22 years at their current location, Boston Chauffeur is excited to announce that they are relocating to a new facility on Route 1 in Peabody, Mass. ... READ MORE

NLA Opens Nominations for Board Election

Looking to get more involved in fighting for your industry, especially on the legislative level? The National Limousine Association (NLA) has announced ... READ MORE

The Greater California Livery Association (GCLA) recently held its annual Expo this past September 6-7 at the Portofino Hotel & Marina in Redondo ... READ MORE

Building and growing a robust business is the goal of all entrepreneurs, but often the role of a being an effective manager gets overlooked in the pursuit ... READ MORE

Keep yourself informed and connected to other members of the industry by attending these important meetings. You can also view meetings ... READ MORE

Uber has paid the state of New Jersey a record $100 million in back taxes for depriving thousands of drivers of benefits by misclassifying them as independent ... READ MORE

AAA: Now Is the Time to Book Holiday Travel

If you’re even thinking about booking holiday airline travel, AAA says the time to do it is now. We are coming off a pretty stressful summer travel season ... READ MORE

After gas prices soared to new heights, even crossing the $5 mark months ago, fuel costs have gone in the other direction. The question now is, how low ... READ MORE

Biz Travel Recovery Is Starting to Pick Up

Southwest Airlines said Thursday that corporate travel is recovering more slowly than the airline had expected, although that is offset by continuing ... READ MORE

New Report Shows Business Travel on the Rise This Fall

Get ready for an influx of people trying to “get some work done” at the airport Chili’s. After the pandemic obliterated business travel, a “blockbuster” ... READ MORE

A recent survey by PolicyGenius showed that 76% of Americans would feel less safe driving autonomous vehicles. A surprising result if we take ... READ MORE

Tom Walters considers it a miracle that he survived the crash of his bus earlier this year. Walters named his motorcoach business King’s Highway ... READ MORE

Uber says it’s investigating a “cybersecurity incident” amidst reports that the company’s internal systems have been breached. The alleged hacker ... READ MORE 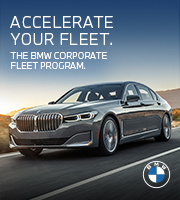 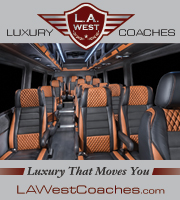 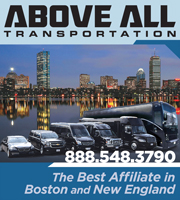 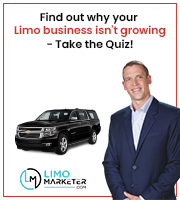 E-News On the Go Subscription