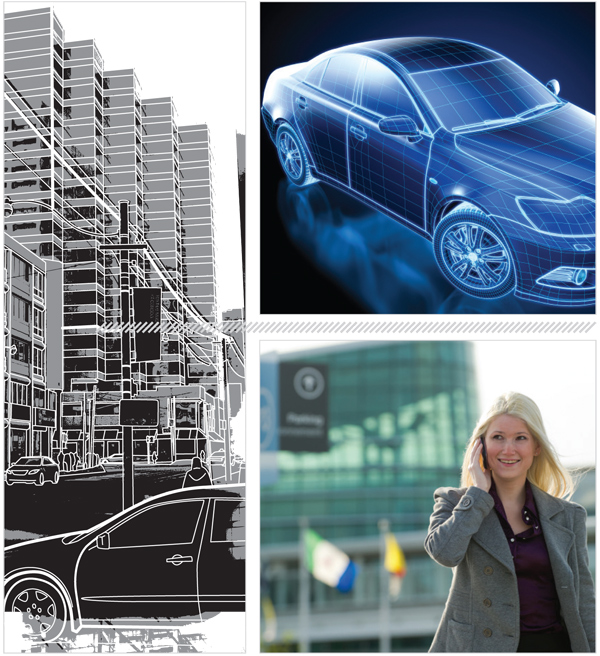 This month, you are holding and reading a brand-new publication for the chauffeured ground transportation industry. While it is shepherded by familiar faces, it is unencumbered by past limitations and free to pursue a fresh direction for an industry that is historically averse to change. I’m happy to be part of the premiere issue.

This is just one change of many that our industry has seen in recent times, as many of the traditional lynchpins have fallen by the wayside—or are facing considerable upheaval. Few would recognize the chauffeured transportation industry of even five years ago, let alone 10, 15, or 20. For many, the most important asset to present-day success is a willingness to embrace the changing landscape, and reposition their businesses to succeed in the modern marketplace.

I THOUGHT I ORDERED A TOWN CAR?

Last year, we bid goodbye to the most iconic of our industry staples, the Lincoln Town Car. Since its initial rebranding in 1981, the nameplate has dominated the chauffeured transportation industry. The name “Town Car” itself is synonymous with a chauffeured livery sedan. This is conversely a major contributor to the demise of the platform, as it attracted few consumers outside our industry. The question of how to replace this venerable workhorse has been among the most vexing problems we’ve faced in my 11 years as an operator. It was the one thing an operator never had to think about. For many years, the question wasn’t which vehicle to purchase; it was simply when and how many.

The new reality is that there is no true successor to the Town Car; however, there is a very distinct silver lining in this. Many heretofore unconsidered nameplates have emerged as potential players in the livery market. Exciting offerings in numerous different price points have arisen from Cadillac, Chrysler, Hyundai, and Toyota, among others. Furthermore, response to the MKT—Lincoln’s answer to the Town Car—has shown that as an industry, we will not stand for being spoon-fed a model simply because of its grill badge. What we have now is essentially a free-for-all among manufacturers to adapt vehicles to our specific requirements. It puts us in an enviable position as an industry that we now can redefine our offerings not just by the manufacturers, but also to the wants and needs of our clients.

We now have the most amazing chance to connect with our clients that our industry has ever known. By educating and bringing them into the conversation, we can and will craft what the next 10-15 years of our industry looks like at the street level. If your company is not engaging clients in the process of selecting your next generation of vehicles, then you are missing an enormous opportunity. Engaged clients take ownership of your company; they build a connection to you and to the vehicles, because you have made them part of the selection process. Thus, we as an industry need to be ahead of the conversation in educating our clients 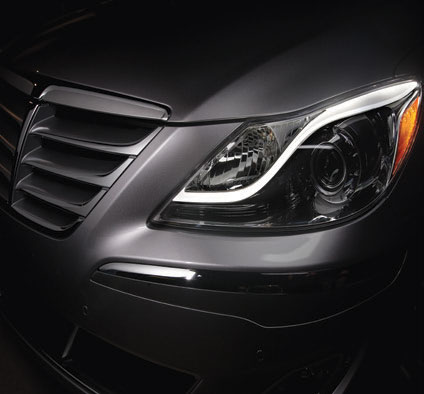 that the days of rubber-stamping a Town Car to a sedan reservation are over … and they’re not coming back.

I sat in the affiliate meeting of a large, dynamic provider and listened as the CEO rhapsodized over the merits of a particular new vehicle, only to have his guest speakers (buyers from three prominent roadshow institutions) declare the very same vehicle as unacceptable. The plain truth is that the vehicle in question was highly capable of filling all their requirements, but the buyers simply had not been properly educated on the realities of the current marketplace. It’s our job to educate them properly.

By engaging our clients, their feedback will directly affect the selection of a new standard flagship—or more than one—that fit our current challenges including sticker price, fuel efficiency, social consciousness, insurance costs of higher-priced vehicles with V-8 engines, etc.

Is there an app for that?

Also new is the rise of virtual providers and networks. In the past few years, brands such as Limos.com, BeTransported, and even Flywheel (a taxicab-driven app that was once known as Cabulous) and Uber have risen to prominence. While there have been some hiccups along the way, it is clear that these companies are fundamentally changing the way that chauffeured transportation is booked. The natural reaction of the industry was defensive—and for good reason if the app was skirting the law—but there is also much to learn from this technology. The fact is, customers really like the convenience, and we simply have to adapt and evolve.

The catalyst for this change is technology. The ability for the general public to reserve transportation services from a mobile device has dramatically tipped the scales. As a direct result, industry-specific vendors have rushed in to bridge the gap, by creating apps designed for our industry that allow individual companies to offer hand-held booking capability. Veolia Transdev, owners of SuperShuttle and ExecuCar, have also unveiled an app which, for the first time, offers mobile booking of shared ride service.

The rush to compete for the mobile reservation business has fundamentally changed consumer expectations. Chauffeured transportation service, already an on-demand industry, has been stunned by the rise and popularity of Uber, which is rapidly expanding its markets and winning legislative victories. A couple of things are clear about Uber; first is that they’re not going anywhere. Uber has aggressively contested local legislative attempts to bar its business model and has been largely successful. Another is that clients—some of whom are our industry clients as well—simply love it. Not to say that there haven’t been some challenges, particularly in regards to its surge pricing program, but the public’s response has been strong and loud: they want it. Ultimately, it is consumer demand that shapes an industry, and in this case, the demand has risen from outside the traditional sources.

So what does the Uber effect mean to other operators? In general, the service does not compete directly with the core of our business, which has traditionally been based in corporate travel, hotel partners, and event/DMC transportation. Uber’s workforce is simply not uniform, skilled, or regularly available enough to contend with the expectations at the level those particular business segments demand. However, operators are increasingly looking to Uber to help augment their existing business by expanding their retail opportunities. How so? By signing up vehicles and chauffeurs with Uber, more traditional operators in select markets have been able to dramatically increase the utilization by being available to accept that type of work.

The Uber jobs are delivered via proprietary iPhone devices. They are assigned equitably, based on geographic mapping, and are accepted or declined at the discretion of the chauffeur, meaning that jobs that could interfere with his scheduled work can be avoided. Better still, it is cashless, in that all jobs performed for Uber are digitally logged and paid (via a credit card in the user’s profile), eliminating any fears of unauthorized use of vehicles or graft. Uber also grants chauffeurs the ability to add charges such as event parking and tolls. In an Uber scenario, an operator in one of its markets who has gap time between trips can make that vehicle available for Uber jobs at the push of an on/off button. Aside from the obvious increase in overall revenue and utilization, using Uber to fill down time is terribly useful in terms of generating earnings for chauffeurs, which in turn keeps them more satisfied and locked in with your operation.

While there is always inherent apprehension and challenges with new systems, operators would be wise to take a hard look at the direction Uber has charted, for at the very least, clients will become increasingly less satisfied with traditional methods of booking trips and even less so, with traditional wait times for service. The genie is out of the bottle. The only question is whether it can grant any of your wishes.

A little something extra, for the effort

New, too, is a definitive answer to our industry’s key lobbying point: the dispensation of gratuities as interpreted by the United States Department of Labor (DOL). For the very first time, there is a clear interpretation regarding what constitutes a gratuity versus an imposed fee. Ultimately a model already currently employed by a large segment of the livery industry was the interpretation adapted by the DOL. It was this model, not coincidentally, that allowed Commonwealth Worldwide to prevail in federal district court in the landmark case of Ellis v. Commonwealth Worldwide Chauffeured Services of New York. With judicial precedent established, and a concerted NLA lobbying effort entrenched, DOL had little impetus to delay issuing the interpretation, which states in essence that imposed gratuities are not considered subject to overtime calculation if the gratuity is indicated as discretionary. Clearly worded terminology such as “recommended” or “suggested” in accordance with gratuities demonstrates to the clients that they do in fact have the right to vacate, deduct, or increase gratuities at their discretion. As such, in the eyes of the DOL, they meet the standard of additional income. 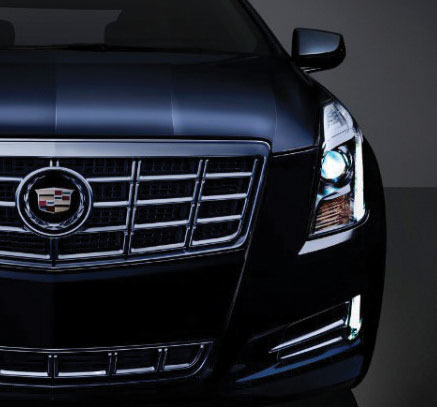 This is welcome news to our industry, as it essentially validates the established “best practices” in that regard. For operators who do not currently indicate that prepopulated gratuities are “suggested” as opposed to “imposed,” the move to compliance is as simple as adjusting reservation terminology and alerting staff. Fundamentally, it will be business as usual, which is an enormous relief to those facing current or anticipated DOL audits. In this instance, the new is very easy to embrace. What is less overt, but no less exciting, is the new effect that our industry seems to be exhibiting on both legislators and regulators nationwide. Recent limousine association actions in Arizona, California, and the District of Columbia have demonstrated that when our industry works together as a cohesive unit, we are able to exert significant influence on behalf of our operators and clients. In concert with a focused NLA and recent judicial precedent, our industry is poised to enter a new era of increased political influence.

This is only fitting as our industry is now positively rife with “new”: new vehicles, new technology, new operators, new talent, new ways of doing business, new prominence, and, of course, a new publication to bring you reports of it. Truly this is an exciting time in chauffeured ground transportation, so I urge my fellow operators to work at embracing all that is happening with open minds and a readiness to launch our industry into uncharted territory. [CD02/13]