Alternative Dispute Resolutions May Keep You Out of Court 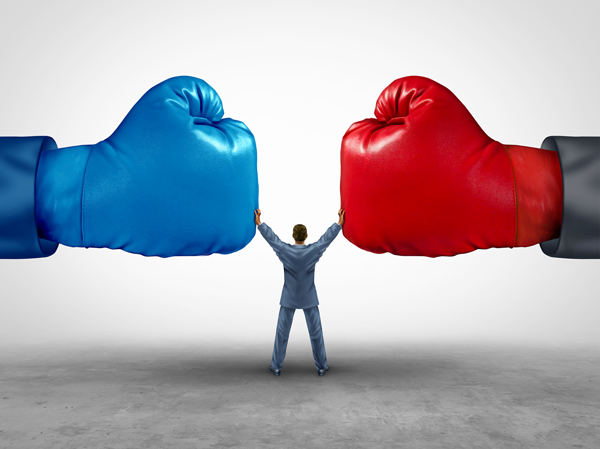 Editor’s note: In last month’s column, contributor Patrick O’Brien provided an overview outlining the advantages of alternative dispute resolution (ADR); this month, Roberta Pike details the different types of ADR, and how they can be used in the chauffeured ground transportation industry.

If you run a business, you’ve no doubt uttered the above phrase (or at least considered uttering it) countless times over the years. And worse, many may have said it to you. It’s almost human nature to react with such a threat when we run up against a proverbial brick wall during the course of negotiations with business partners, vendors, and clients. The phrase is equally popular among employees and independent contractors upset with the company they work for or with. Upon reaching the point that they feel they have little to lose, it’s not uncommon for disenchanted workers to decide in a moment of anger and/or frustration to declare their intention to visit an attorney, file court papers, and play the litigation lottery.

While lawsuits unquestionably excel when it comes to satisfying the primal desire for vengeance, they are oftentimes not the best way of resolving a genuine dispute in terms of time and money. Particularly from the perspective of a business on the receiving end of a lawsuit, resolving disputes through litigation is usually a “lose-lose” proposition. Litigation is slow, expensive, and disruptive, and assuming you don’t wind up settling to save the substantial costs that lawsuits invariably generate, any victory you may ultimately achieve typically follows an expenditure of lots of time, money, and effort. The famous quote “even if you win you lose” never rang truer when it comes to litigating business disputes.

Fortunately, there are methods of addressing and resolving disputes aside from litigation. When a properly drafted alternative dispute resolution (ADR) procedure is inserted into a contract or other written document between your company and the other party, you can frequently obtain results for far less cost than battling it out in a courtroom. As is discussed below, ADR may also be used to preclude employees from bringing costly class and collective action claims on behalf of similarly situated workers.

The famous quote ‘even if you win you lose’ never rang truer when it comes to litigating business disputes."


Types of ADR
While there are numerous ADR methods—some more commonly used than others—the three most popular types are negotiation, mediation, and arbitration.

Negotiation
The simplest ADR method is for parties to negotiate with each other in an effort to settle the dispute. Negotiation is a nonbinding ADR method, and does not involve the use of a neutral party to hear and/or decide the dispute. While at first blush this might sound like an exercise in futility, particularly if one party has already declared its intention to litigate, it need not be the case. In fact, a one-on-one discussion is often quite useful, if for no other reason than it provides an opportunity to get into the other party’s mind and understand his point of view, even if you don’t agree with it. Ideally, each party should consider enlisting the help of their attorneys to guide them in these discussions. Just make it clear that the objective is to talk, not to fight.

Even if you choose not to use other ADR methods in your written agreements, a contractually required sit-down and dialogue between the parties can, in many instances, avoid disputes from blossoming into lawsuits, and preserve business and/or employment relationships from breaking down.

Mediation
Similar in many ways to negotiation, mediation adds a neutral third party, or mediator, to the process. The purpose of the mediator is to help guide the parties in negotiating a resolution of the dispute by hearing their respective positions, helping each party understand the other party’s position, and offering suggestions for resolving their differences. Like negotiation, mediation is nonbinding; accordingly, it is often contractually required as a precondition to proceeding in court. The use of mediation to resolve disputes can also be agreed to by the parties in the absence of a contractual clause. In fact, it is not uncommon for parties in the midst of litigation to agree among themselves to put their lawsuit on hold, and mediate the matter in an effort to resolve their dispute. Many courts, in fact, offer mediation programs to help clear their dockets of lawsuits that have the potential for resolution without the need for further formal proceedings.

Arbitration
Arbitration may generally be thought of as a private court. The procedure involves submitting the parties’ dispute to one or more neutral third parties, or arbitrators, who thereafter issue a final and binding decision.

Arbitration has its pluses and minuses. On the negative side, early dismissal of the claims through pre-trial motions testing their merits is not a possibility. Instead of a possible trial, there is a guaranteed arbitration hearing. And unlike the decision of a court, an arbitration decision is generally not appealable except in exceptional circumstances such as fraud, collusion, or overt bias. Arbitrators sometimes render bad decisions, and there is generally no recourse if that occurs in this type of proceeding. Additionally, while arbitration is often touted as a less-costly method of dispute resolution, in reality, that’s frequently not true; arbitration fees are oftentimes quite substantial. Whereas it typically costs a few hundred dollars to file most lawsuits, most arbitration proceedings require the parties to pay several thousand dollars to commence an arbitration. Employers who attempt to implement arbitration clauses that make it difficult or impossible for workers to arbitrate disputes (e.g., by requiring the parties to split filing fees or meet in some far-flung location) do so at their peril. Arbitration clauses can be invalidated by a court if they are drafted in such a manner as to render the clause unconscionable.

However, arbitration also has its advantages, even if monetary savings are not achieved. It is typically much faster than litigation, and it usually involves less discovery (which can be quite costly). There are no juries, and, therefore, there is no risk of juror sympathy or error. Arbitrators are typically selected based upon their expertise in resolving disputes of the sort the parties are involved in. Proceedings are not open to the public, and do not result in the creation of records available to the public. And, arbitration clauses may be drafted to waive an employee’s right to participate in collective or class action litigation, meaning that instead of being able to bring a huge lawsuit asserting claims on behalf of multiple people, the employee can only assert his own claims, and must do so in an arbitration proceeding.

Uses of ADR
Here are a few commonly used documents in the ground transportation industry in which one or more ADR provisions should be considered:

• Employment applications should spell out that by submitting the application, the applicant is bound by the terms of the company’s ADR procedures. If the procedures are not detailed in the application, it should refer to whichever document contains them (such as the employment manual), and incorporate them by reference.

• Employment manuals should detail the ADR procedures utilized by the company, and it is crucial that employees be required to sign an acknowledgment that they have received, reviewed, and agreed to abide by the provisions contained in the manual to avoid claims that its contents (inclusive of the ADR procedure) were not accepted.

• Employment agreements should all include or refer to the ADR procedures.

• Vendor and partner contracts should be prepared with thought given to which ADR procedures may or may not be appropriate or in your best interests.

Conclusion
While ADR is certainly not without its faults, it frequently offers the business community some significant advantages over traditional litigation. Requiring employees or contractors to come to the table and negotiate with the company before running to court isn’t costly, and may lead to a resolution of the parties’ dispute. Likewise, an agreement to engage in nonbinding mediation as a precondition to litigation provides an opportunity to better understand, if not resolve, the disagreement between the parties.

Lastly, with a well-drafted arbitration agreement in place, there is no litigation but rather a prompt resolution of the matter by one or more arbitrators. Entering into an arbitration agreement with a class- and collective-action waiver provides the added benefit of cutting off a worker’s ability to proceed on behalf of multiple other individuals, and instead limits his claims to his own.

True, “I’ll see you in arbitration!” or “I’ll see you in mediation!” lacks much of the satisfying impact of its litigation-threatening cousin; however, if you have an ADR clause in your back pocket, the admonition may be far more potent than your adversary realizes. [CD0716]

Roberta Pike is a partner with Pike & Pike law firm in Bellmore, N.Y. She may be reached at rcp@pikeandpike.com.