In-Depth with Daus: The Proposed End of Transportation Regulation in New York 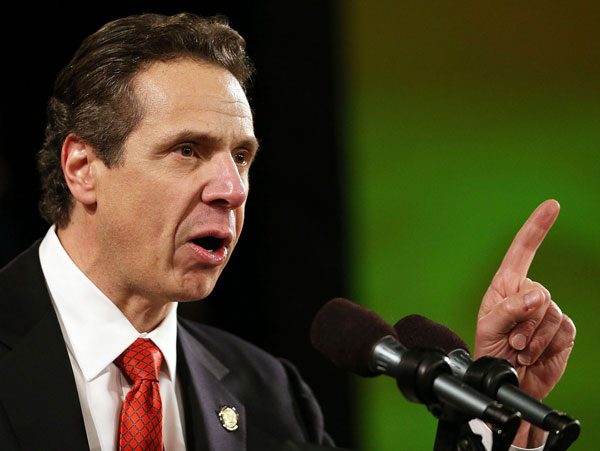 Thanks to a suite of proposed bills, one of the hottest topics in Albany, N.Y., this year is whether the state will legalize TNC operations and what the new law will look like if it does.

This so-called upstate legislation could be the beginning of the end for the regulatory paradigm we know throughout the state and in New York City. The current bill that Governor Andrew Cuomo is pushing will not only allow Uber and Lyft to significantly deregulate the industry in upstate New York, creating safety issues for passengers and the decimation of small taxicab and chauffeured transportation businesses everywhere, but also render NYC’s Taxi & Limousine Commission (TLC) defenseless to stop illegal pickups in NYC. While taxicabs in NYC will feel the pain, as well as the incumbent industry in Nassau, Suffolk, and Westchester counties, the livery and black car industry in NYC could be completely overrun, and we may be facing the closure of many For-Hire Vehicle (FHV) businesses.

In addition, all versions of both introduced and pending legislation create an “uneven playing field” for upstate transportation businesses, as TNCs will be allowed to operate at a lower cost and with less regulation, potentially causing many upstate small businesses to go under—which would undermine the TNC bill’s goal of job creation.

Gov. Cuomo has made the legalization of TNCs in upstate New York a priority and part of his plan to jump-start the upstate economy. This comes after the governor’s failed late-2016 push to hold a special legislation session, with no public hearings or floor debate, to tie the passage of the TNC bill—as one of several “quid pro quos”—to a legislative pay raise.

Many were not happy with Gov. Cuomo’s attempt to link the passage of TNC legislation to their pay hikes. Recognizing this discontent, the governor made the unprecedented move of delivering his State of the State speech in a series of six regionally tailored talks across the state, instead of before a potentially hostile legislature that might not have even attended. In his Buffalo State of the State speech, Gov. Cuomo called for the enactment of TNC legislation to spur economic development upstate NY (you can read an article detailing the contents of the speech at goo.gl/wWa477); a few days later, the governor presented a TNC bill as part of his executive budget. Among some of the provisions in this “poison pill bill” are:

• TNC drivers will not be required to undergo fingerprinting for their background checks;

• TNCs can conduct the background checks themselves, or engage a third party to do so;

• Only New York City is exempt from the TNC law, but TNCs may drop off in NYC;

• TNC vehicle trade dress may be a removable logo or insignia (not a commercial license plate);

• TNCs will pay a 5.5-percent assessment instead of sales tax; and

• TNC trip records are not subject to the Freedom of Information Law (FOIL), and would be shielded from the public and possibly government agencies (read more about this at goo.gl/BJvkeH).

Senate Republicans recently passed an upstate TNC bill (SB-4159) by a 53-5 vote on February 6, sponsored by State Senator James Seward, an upstate Republican. His bill is similar to the governor’s but differs in that it would not exempt trip records from disclosure under FOIL and would impose a lower 2-percent assessment on TNC trips. Gov. Cuomo’s bill categorically exempts TNCs and TNC driver records from disclosure under FOIL or “to a third party ... without prior consent of the TNC.”

Based upon current trends, requiring TNCs’ consent to release this information is tantamount to a denial. Just recently, Uber and many others strenuously objected to the adoption of a NYC TLC rule to combat driver fatigue because of the requirement that they provide drop-off data. It may be impossible for the TLC and other regulatory agencies to enforce new upstate TNC laws without TNC records. The governor’s unprecedented proposal not only eliminates transparency created by “good government” sunshine laws enacted after the Watergate scandal—allowing most government records and communications to be disclosed to the media and public—but also may actually prohibit government agencies like the TLC from accessing information necessary to fulfill its core mission of protecting the public. This bill is a blueprint for deregulation and little or no enforcement, and is possibly one of the worst pieces of legislation introduced in the history of for-hire ground transportation regulation.

The governor and senator’s proposals will allow TNCs to drop off passengers in NYC, but would prohibit point-to-point transportation within NYC and pickups in NYC to destinations outside the city. Since TNCs would not be required to have special plates, un-like other FHVs, it may be a logistical nightmare for enforcement to identify straight-plate TNC vehicles attempting illegal pickups while in NYC.

This bill is a blueprint for deregulation and little or no enforcement, and is possibly one of the worst pieces of legislation introduced in the history of for-hire ground transportation regulation."

The TLC already faces staffing and legal challenges enforcing existing laws against unlicensed FHVs and may not effectively keep stealth upstate TNCs from operating in NYC. Without stringent and proper enforcement (including significant penalties), the upstate TNC bill may put TLC-licensed FHV companies out of business, as they will face difficulty competing against services with less regulatory costs. As mentioned above, enforcement will be difficult as trip data, which existing NYC FHV companies and taxicabs must already provide to regulators, may be exempt from disclosure under the state TNC law for TNCs only. Also, case law now prohibits the previously longstanding practice of seizing or confiscating unlicensed FHVs, and law enforcement personnel may be prevented from legally stopping many TNCs picking up passengers, as administrative stops may not be permitted for personal motor vehicles without commercial license plates absent an alleged traffic or other civil or criminal violation. Envisioning a TNC car stop where TLC inspectors may need to ask passengers to see their smartphones would be awkward and unworkable. The only other way to effectively police the state and city border would be to obtain data from TNCs and geofence their vehicles.

One issue that may prevent the enactment of a TNC bill is local regulation. Traditionally, FHVs have been regulated by local municipalities. State Assemblyman Kevin Cahill, who has been a primary proponent of TNC legislation and has, in the past few years, sponsored TNC legislation with Sen. Seward, has said that he wants to enact TNC legislation only if local regulation is preserved. State Assemblyman Fred Thiele, a member of the Independence Party (which caucuses with Assembly Democrats and represents parts of eastern Long Island), recently stated his opposition to the governor’s proposed TNC bill because it stripped local municipalities of their authority to regulate TNCs. Both Cahill and Thiele said they would support a law to create group insurance for the TNCs while also insisting that local regulation of FHVs continue. In the state senate, Senator Martin Golden, one of the few Republicans from NYC, has called for “equity and fairness” in any TNC legislation, and has been a true and consistent champion in fighting to ensure a level playing field for all livery businesses.

As of November 2016, 41 states and the District of Columbia have enacted some form of TNC legislation (an interactive map breaks down what kind of laws have been passed at goo.gl/tRf3K0). While every jurisdiction’s TNC bills are different, Gov. Cuomo’s bill is especially favorable to TNCs, allowing them to issue permits to their own drivers and exempting almost all TNC records from disclosure.

New York appears to be the ultimate battleground state this year. With the legislature’s recent dust-up on the special session, and the important issues being raised about local regulation and public safety, the enactment of statewide TNC legislation may not be the slam dunk that TNCs and the governor anticipated. Prevailing thought, however, is that some bill will pass, and the result of this legislative battle will have ripple effects for the rest of the nation and the world as most regulatory jurisdictions look to NYC as the gold standard of for-hire regulation, as it is the only city where TNCs are subject to the same rules as other FHVs. Hopefully, the city’s gold will not be tarnished forever by a state law that is unworkable, unfair, and unsafe, but it is simply faith that will keep the upstate taxi and for-hire industry alive if any of the TNC laws pass. [CD0317]