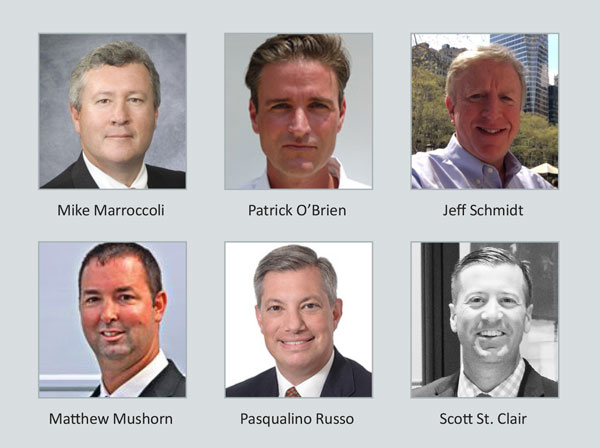 The intricacies of insurance coverage between an operator and an outsourced affiliate are always complex, but when an affiliate is hired outside U.S. borders, things become even more complicated. When an operator farms out work to a company in another country, there is a veritable laundry list of concerns to consider, including coverage disparity, policy exclusions, not to mention the unknown variables of dealing with an unfamiliar carrier.

Chauffeur Driven: What are the most important issues that operators face when dealing with international affiliates?

Scott St. Clair: First of all, it’s integral that you verify that an international affiliate has insurance. However, the certificate process is a little different overseas than it is here in the states: They issue a different form. As a result, you have to do a little bit of research to find out about the carriers that are insuring you overseas. It can be a little difficult to verify insurance. I would suggest that the operator ask for policy documents from those affiliates rather than certificates.

Mike Marroccoli: The first and most important thing an operator should do is have coverage called “hired and non-owned auto coverage,” which covers vehicles that you’re farming work out to. In the event that you’re involved in a lawsuit from an accident or injury, it’s very likely that both you and the other party would be named. You should seek coverage that will at least provide defense so you can prove that you were prudent in choosing the affiliate company. Anyone that’s doing any international work should have an international endorsement on their policy. In today’s global economy, I think it’s a no-brainer.

Matthew Mushorn: I would approach the vetting of international affiliates the same way you would a domestic affiliate. Visit affiliates, maintain formal agreements, and have knowledge of their driver hiring and training. Obtain certificates of insurance as well as the additional insured (AI) endorsement to the policy. Document that you did your due diligence.

Pasqualino Russo: Operators must consider who will ultimately bear responsibility in the event of an accident, whether there are contractual indemnification provisions in place, and the extent of liability insurance coverage provided by the operator and its affiliates.

CD: Where does the U.S. operator’s insurance policy end and where does affiliate’s policy begin? St. Clair: If a suit is brought against the operator in the U.S., our policy would respond. The suit would have to be filed here, however.

Mushorn: The coverage territory for most policies is the U.S. and Canada. Lancer does offer an international endorsement that would be triggered in the event of a suit that is the result of an accident abroad but brought forth in the U.S. The coverage would apply when an accident occurs in a vehicle of a contracted affiliate, for the insured’s customer and other passengers traveling with the customer.

Marroccoli: Even though the coverage territory is outside the U.S., any lawsuit in the event of a collision would have to be brought about in the U.S.

CD: How do you protect yourself? What should an operator expect if an accident happens with an international affiliate?

St. Clair: The best thing to do is vet your vendors and affiliates beforehand. Certainly, working with U.S. affiliates, you have a better understanding of insurance, and how it works in regards to compliance. Really, an insurance certificate is just a piece of paper; the true protection is asking for a policy document or the declaration page of the policy. This will give you a good idea of where to start to do research on the affiliate’s insurance company. Vetting and getting a good feeling about the affiliate is the best thing to do. Here in the States, my policy would respond in an excess or secondary position to the affiliate’s insurance.

Jeff Schmidt: What I would suggest is to make sure that the affiliate has coverage of their own. If they have the bare minimum coverage, the lawyers tend to go where deeper pockets are in the event of an accident.

Mushorn: Knowing that your affiliate has an in-force policy with adequate limits is important. In the contract, you should state that your affiliate is not permitted to subcontract your work. It’s not often that an accident in a foreign jurisdiction triggers a suit in the U.S., but the potential exists. When an accident does occur, you should follow your current accident procedures.

Marroccoli: The most important thing—when you have any incident whatsoever—is to report it to the carrier, so they can make a determination of what to do first. Whether you have $1.5M or $5M of liability, they want to defend their money immediately. They want to get on it, get the facts, and do anything they can to try and mitigate damages. The insurance company wants to contact the other party as soon as possible to determine the scope of injuries and to take charge and settle it as soon as possible. Particularly when it’s an “at fault” situation, you don’t want to get into a thing where people are lawyer shopping.

Russo: An operator likely holds a level of duty to its customers that stems from the business or contractual relationship the parties have. If an operator places a customer in the care of an international affiliate and an accident occurs, the operator will likely be named as a party in any ensuing demand or lawsuit. The theory would likely be that the operator breached its duty to the customer by entrusting the international affiliate.

CD: What is the single most important element to consider? What is the worst mistake an operator can make?

Patrick O’Brien: This is an important issue. For instance, you hire Company X in Country Y. Their policy is held in Country Y, and you ask that they name your American company as an AI. Their policy covers them for claims that happen in Country Y. It’s very unlikely that your AI extension is going to cover you if you’re sued in the U.S. It’s likely that a large majority of affiliate trips farmed out internationally are done without AI protection. Also, a worst-case scenario would be if your coverage has an exclusion for any work done internationally or by an affiliate. The only thing you can do to protect yourself is to buy a rider on your insurance that will protect you internationally.

St. Clair: To reiterate, the worst mistake an operator can make is not taking a little time to research and vet an affiliate. Ask for physical policy documents and forms, rather than just a certificate. Once you have the policy, you can research that insurance company to make sure it’s a viable, rated firm.


It’s important to come into a written agreement with a company that you know is a good operator and takes measures to run a safe operation."
– Matthew Mushorn of Lancer Insurance Company


Mushorn: Vetting. It’s important to come into a written agreement with a company that you know is a good operator and takes measures to run a safe operation. Dealing with a rogue operator is the worst thing you can do. Knowing who you do business with—and contract with—is always best. That applies to affiliates both home and abroad. Marroccoli: Most importantly, make sure you have a certificate of insurance that names you as AI on the affiliate’s policy. When they send over that certificate, you know exactly how much insurance they have. Also, as an AI, even if that affiliate’s policy is cancelled, you’ll be notified.

Russo: The most important element to remember is to ensure there are proper indemnification contracts and insurance coverages in place. Without these, an operator can find itself being held liable for a situation involving its international affiliate that it has no control over or knowledge of.

CD: What can an operator expect after an accident?

St. Clair: Basically, the post-accident process is similar out of country to one happening here. The strength of the plaintiffs’ bar (i.e., the ability to sue) internationally, especially in Europe, isn’t as strong as in the U.S., but it’s largely going to be the same process. Certainly, depending on the severity of the accident, the local operator will be drawn into a suit in whatever the local country is, and then potentially in the U.S., if an American citizen is involved. Then, the policy would respond and defend them in the U.S. There is some coverage there. We have some experience with this in Canada and Mexico.

O’Brien: It all depends on the country. If you’re in London, as opposed to South America (where you often can’t get an AI endorsement), you’ll have an endorsement from Lloyd’s of London or some other major company that likely does business in the U.S. In Latin America, you’ll likely be dealing with a company that doesn’t do business in the U.S. and will not assist in any way if there is a lawsuit brought against you. Look back at your insurance policy to make sure there is no exclusion with affiliate and international work.

CD: Do you see any changes in the process on the horizon?

St. Clair: I can see the potential for coverage extended by carriers as more and more people do international affiliate work. We’ve insured thousands of vehicles and never had a claim. It’s on the horizon, but insurance companies aren’t reacting because there isn’t a need.

Mushorn: Lancer’s endorsement is unique, and we feel it helps to bridge the coverage gap for operators.