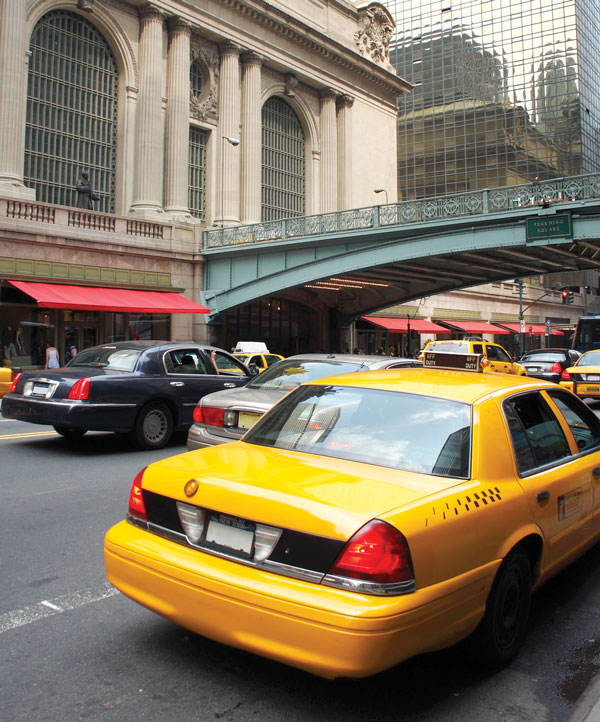 Greetings from New York City, where we continue to take baby steps toward ensuring that all car services in The Big Apple are operating on a level playing field.

February was an incredibly eventful month for the New York City black car industry. This month, several new bills were introduced to the New York City Council, five of which are aimed at further leveling the playing field for the for-hire vehicle (FHV) industry. One in particular, Intro 1092, relates to the elimination of the current mandatory black car vehicle retirement rule, which establishes that cars after model year 2013 are subject to be retired after seven years.

This means that hundreds—if not thousands—of drivers will be spared the expense of having to shell out money for a new vehicle. The reason Intro 1092 is so crucial when it comes to leveling the playing field for the New York City FHV industry is that the black car industry is the only group (aside from the taxi industry of course) that has this type of a requirement imposed upon them. As we have all known for quite some time, the intense competition and high standards we face from the customers in our industry are what motivate drivers and bases to update their vehicles—not regulation.

I must take the opportunity to thank Councilmember Rory Lancman for sponsoring this bill, as well as NYC TLC Commissioner Meera Joshi for temporarily suspending enforcement action on this rule in anticipation of the bill’s passage. This enforcement suspension will save drivers and bases from having to spend money—a massive relief to those who have been feeling the financial strain our industry is currently facing.

The other bills—Intros 1095, 1096, 1080, and 658—relate to topics such as new penalty provisions, a new type of universal license, fare-quoting requirements, and, finally, a new rule relating to the security of a passenger’s personal information collected by black car and luxury limousine bases. Let me tell you a little about each of the bills that have been introduced.

Intro 1095, which relates to what I have been calling the “uni-license,” will afford drivers more flexibility when they decide to go from driving a yellow taxi to driving a livery or black car. Currently, drivers run the risk of being fined if they are caught doing this. If passed, this bill would bring a sense of relief to many of New York City’s TLC drivers who see the benefits of driving livery and black cars, but fear the penalties of choosing to do so.

Next, Intro 1096 proposes the substantial raising of penalties given to drivers when caught accepting street hails in certain parts of New York City that have been designated as “no hail zones.”

Intro 1080 is aimed at providing the riding public with accurate fare quotes. Under the new legislation, black car and luxury limousine bases, including dispatch apps, would be penalized for charging a passenger anything that is more than 20 percent higher than what they were quoted.

Finally, Intro 658 will require the TLC to develop an information security and use of personal information policy for livery, black car, and luxury limousine bases. Bases would be required to take measures ensuring consumer privacy, including an agreement to only use collected passenger information for authorized uses, as well as notifying the TLC when a security breach is discovered. Failure to do either would result in penalties.

While I would say—and most would agree—that there is still much more work to be done to get the black car industry to where it should be in New York City, I am happy that the city council is taking the initiative and making small steps toward the ultimate goal of leveling the playing field across industries. As the saying goes, every long journey must begin with a single step, and these bills provide the initial five steps. What a journey this is proving to be!

In a previous column, I discussed the possibility of statewide licensing standards for TNCs being put in place by New York Governor Andrew Cuomo and what that would mean for the FHV industry as a whole in New York City. As of now, nothing new has been said by the governor that would provide a hint to either a timeframe or the status of this issue. I will continue to closely monitor this situation and report any updates. [CD0416]

Ira Goldstein is the Executive Director of the New York Black Car Fund and the Black Car Assistance Corp. (BCAC), and is both a TLPA board member and co-chair for its Limousine & Sedan Steering Committee. He can be reached at igoldstein@nybcf.org.