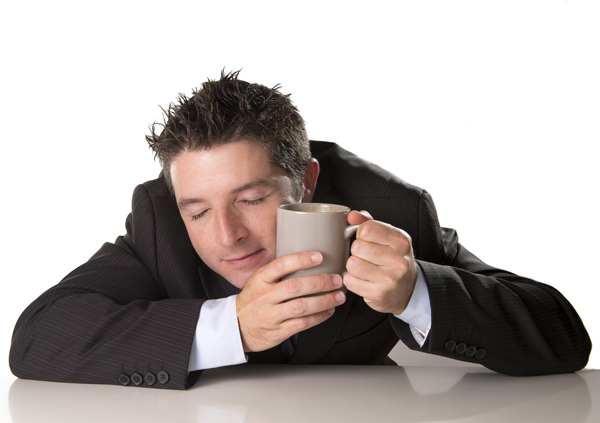 In our 24-7 industry, it seems that we rely on caffeine for fuel as much as gasoline. For those early morning airport pickups, long shifts at the reservations desk, and late nights at a trade show, a coffee, Diet Coke, or Red Bull isn’t just helpful—it’s a necessity. Despite the health risks that go with caffeine consumption, including elevated blood pressure and, of course, insomnia, there are some very real benefits to moderate and reasonable caffeine intake as long as the individual is in good health.

1. Memory
Several recent studies showed that caffeine can improve a person’s memory, especially in the short term. Notably, a study from Johns Hopkins University demonstrated that a caffeine pill increased memory in simple tasks as long as 24 hours after ingestion, which led the researchers to conclude that memory will be enhanced in the long-term.

Perhaps more promising are the numerous studies that have shown how caffeine can ward off Alzheimer’s disease. It was found that caffeine protects the blood-brain barrier, which contributes in the prevention of the degenerative disease. Two notable reports found that three to five cups of coffee a day are optimal to protect the brain.

2. Weight Loss
A set of researchers in Germany who performed a weight loss study found that those who drank more caffeinated beverages than the average person were able to keep off the extra pounds. Caffeine increases metabolism by breaking down fat, which frees fatty acids and forces them to be burned. Moreover, when combined with carbs, caffeine replenishes muscle glycogen concentrations faster after exercise. While this certainly doesn’t mean an extra Starbucks run should replace daily exercise, it’s good to know that you won’t have to kick that coffee when you’re watching your weight (unless your idea of coffee includes loads of cream, sugar, and flavorings!).

3. Alertness
Good news for chauffeurs: Studies in Australia have not only shown that caffeine truly does keep you awake and alert when you’re tired, but also has been proven effective in reducing driver error. The Australian Department of Defense recently concluded that caffeine improved driving performance and reaction times among a group of soldiers who were sleep-deprived. The caffeine-enhanced chewing gum given to the test subjects was found to begin taking effect after just 10 minutes, much quicker than the 30-minute reaction time with coffee. Note: Not even the strongest espresso will replace a good night’s sleep; be smart.

4. Mood
We all know that person who only speaks in grunts before their first cup of coffee in the morning, but as a central nervous system stimulant, small doses of caffeine have been found to improve mood. Though too much of any stimulant can make a person anxious or irritable, a small dose has even been associated with reduced instances of depression, especially in women.

5. Asthma
A group in London discovered that caffeine works in a manner similar to a drug commonly used to treat asthma. Their studies found that the chemical acted as a bronchodilator and improved lung function for a few hours. Further, the scientists found that caffeine reduces respiratory muscle fatigue. While doctors certainly don’t recommend that asthma sufferers replace their medication with a latte, they have stated that, in a pinch, a shot of caffeine may open your airway and offer some quick relief.

With as much as 85 percent of the U.S. population drinking at least one caffeinated beverage each day, studies on the positive effects of caffeine are constant. In addition to the reports above, caffeine has been found to be beneficial in treating liver disease, men’s health issues, and kidney stones. And those who get their caffeine jolt from coffee are especially fortunate: The antioxidants found in the beverage offer numerous health advantages, including the prevention of cancer, strokes, and Type 2 diabetes. Of course, it goes without saying that you should consult a health professional about how caffeine will affect your system. [CD0216]