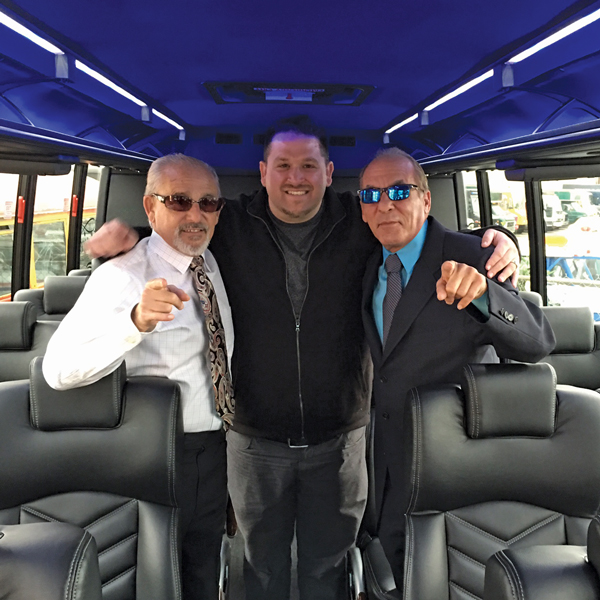 Behind every great leader in this industry is a hard-working team of people who make it happen on a daily basis. In this new column, we shine the spotlight on those dedicated individuals who go beyond the call of duty and keep their companies running like well-oiled machines. Do you have an exceptional, indispensable staff member who deserves a little recognition? Make your case to us by sending an email to Managing Editor Susan Rose at susan@chauffeurdriven.com.

You might think that a former chef with a background in traditional French haute cuisine wouldn’t transition well into the chauffeured ground transportation industry. But as crazy as it sounds, Dan Stein was able to successfully trade escargot for “black car go,” and become an integral part of the Exclusive Sedan Service family.

A special emphasis is placed on the word “family” since Exclusive is a true family operation. Founded in 1990 by Stein’s brother Ron and his wife Jackie, the company quickly made a name for itself as a premier West Coast provider. Not only does Exclusive provide transportation for Hollywood executives and talent, it also has a fleet of classic vehicles that have “starred” in many films and television programs. In 1998, Ron and Jackie’s son Brandan joined the company part time, and was eventually promoted to vice president of operations in 2005. With Ron largely retired, Brandan currently runs the firm as president and COO.

After hanging up his chef’s hat and leaving behind a brief career in New York real estate, Dan joined the Exclusive team in 2008. Initially, he expected to go west and be on board as a chauffeur, only to be surprised with a sales role. He spent a short time learning the industry with his eyes before meeting with potential clients. Despite not having a sales mentor, or even industry experience, his background in hospitality—earned from decades in the kitchen—gave him a unique perspective to client care that he believes is different than other sales professionals in the industry.

“I am motivated to make things perfect,” said Stein. “I want to do everything I can to take care of my clients and coworkers. My goal is to treat everyone like family.”

His philosophy paid off almost immediately. His first RFP with Exclusive was to obtain a multi-million-dollar transportation contract with media juggernaut ABC/Disney. After three months of meetings and proposals, Stein’s hard work was rewarded when Exclusive won the contract. “When I got that call, it was Dom Perignon, baby. I felt like I won a marathon,” he joked. Today, his relationship with ABC/Disney continues to be solid. In fact, the company flies him to New York City each spring to coordinate transportation for the network’s television upfronts (the time when TV executives woo advertisers with their primetime show lineup). Other high-profile clients on his roster include Comcast and WGN.

Of his success, he is quick to credit the advantage of working with his brother and nephew, in that it provides him with a rare ability to “have total carte blanche to go to that extra mile for the client.”

“Dan truly cares,” said Brandan. “He puts the customer first, even before the business...the client always gets what was promised. Always.”

Stein’s current role forces him to wear a lot of hats, especially because he is a one-man sales department for Exclusive. Fortunately, he is a classic people person (a trait he shares with his brother and nephew, as many already know), and is just as comfortable interacting with an entertainment executive as he is with a chauffeur or dispatcher.

“He’s multifaceted,” Ron said of his brother, “and he does it all: meet-and-greets, site coordination, RFPs, everything. Moreover, I truly believe that Dan excels at being a team player.”

Stein takes a lot of pride in his position, but perhaps more importantly, he enjoys it. From day to day, he relishes the interaction with his staff and clients, and is enthusiastic about Exclusive’s future.