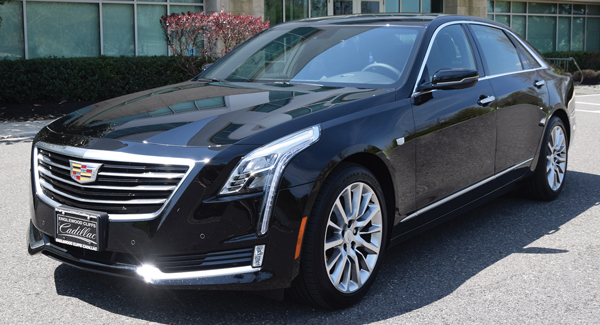 First impression: Distinctive Cadillac styling is paired with smart technology and a well-appointed interior that is both comfortable and luxurious.

When it comes to notable names in the automotive world, and certainly our industry, Cadillac is among the top of the list. In fact, it’s one of the few consumer brand names that transcends its own industry. Along with Coca-Cola, Walt Disney, and Levi’s Jeans, Cadillac is a permanent part of American iconography. More than a product line, the Cadillac marque has become part of our lexicon as an adjective that suggests luxury, style, and class.

Newly released for the 2017 model year, the Cadillac CT6 sedan is a worthy addition to that long-standing tradition of excellence. The manufacturer describes the auto as “reimagined, reinvigorated, and refined,” which we here at CD have to agree with wholeheartedly. Falling somewhere between a midsize and full-size sedan, the CTG offers a distinct body style with sharp edges that is fully contemporary. (For reference: the XTS is considered a full-size sedan with only two inches separating the length of the vehicles.) We had a chance to drive the car and were impressed with its features, engineering, and comfort, making this an ideal car both for the chauffeur and the passenger. 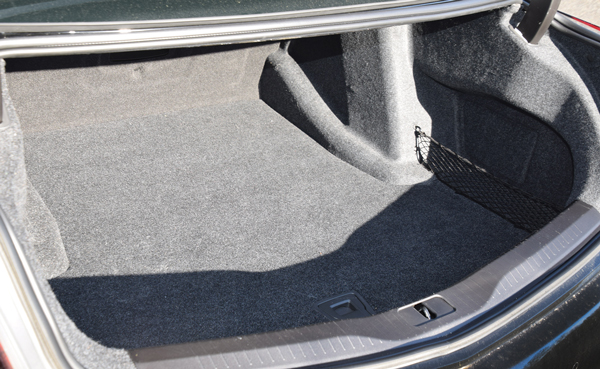 Once you get behind the wheel of the CT6, it’s immediately evident that you’re in for an exceptional ride. The 16-way adjustable bucket seats are roomy and comfortable: perfect for chauffeurs of all sizes and shapes. The display is intuitive and Cadillac’s proprietary next-generation CUE dashboard control system has vastly improved over previous versions—it feels “just right” compared to other OEMs that sometimes load up on technology that may never be used by the average driver. The touch screen and its functions were well-placed and responsive, and the navigation and parking assist are comparable to other vehicles in this class. One bugbear for a couple of our testers was the location of the touchpad in the console: It’s easily bumped if you rest your arm near the shifter. However, all in all, you’re never left feeling that you need advanced degrees in software and mechanical engineering to operate this sedan and all of its technology on the road. 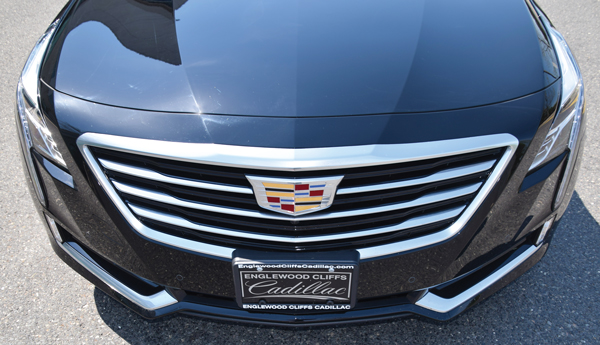 Speaking of which, driving the CT6 is a joy. The ride is smooth and the 3.0 V-6 engine has excellent pickup, particularly when merging into traffic on fast-paced New Jersey roadways. But what was especially surprising was the CT6’s maneuverability, particularly for a sedan of this size. The vehicle’s steering was highly responsive, making the car easy to steer into tight spaces and even parallel park. The backup camera with 3D modeling helped with estimating space around the vehicle while negotiating out of park. The all-wheel drive offered an exceptionally smooth ride for those in the front seat as well as the rear. Furthermore, we were impressed with the gas mileage, which delivered 23 mpg of mostly city driving during the time we had the CT6—somewhat surprising given the size of the vehicle but on par with estimated MPGs. It’s worth mentioning that a couple of our testers experienced a bit of C-pillar blindness, but CT6’s technology—namely the upgraded lane departure warning—eased any concerns.

It goes without saying that a chauffeur-driven automobile is truly only as good as its rear seating. Well, rest assured, because the CT6 is designed with your clients in mind. Although the rear seats feel deep and roomy, they place the passenger at “eye-level” with the driver. Headroom was adequate for our testers, and the wide doors made getting in and out easy—even for taller or older passengers. Rear sunshade controls are conveniently located on the door, but one of our testers felt that power door shades would be more beneficial, as the manual ones on the model we drove were sometimes difficult to unlatch. The back seats are separated by an arm rest and climate control is easily accessible. Cadillac offers an optional rear “infotainment” package that allows passengers to plug their electronics into HDMI or USB ports provided in the armrest and view their media on 10” HD screens on the back of the front seats.

While storage is often an issue with many cars in this class, the trunk space in the CT6 seemed to work fine despite being a little less than 3 cu. ft. smaller than the XTS and other similar models. We loaded it up with our usual five suitcases of varying sizes, and were able to make them fit with minimal creativity or effort.

Once again, Cadillac has delivered a worthy successor into its heritage. The CT6 is a classy vehicle well suited for your VIP clients. [CD0617]