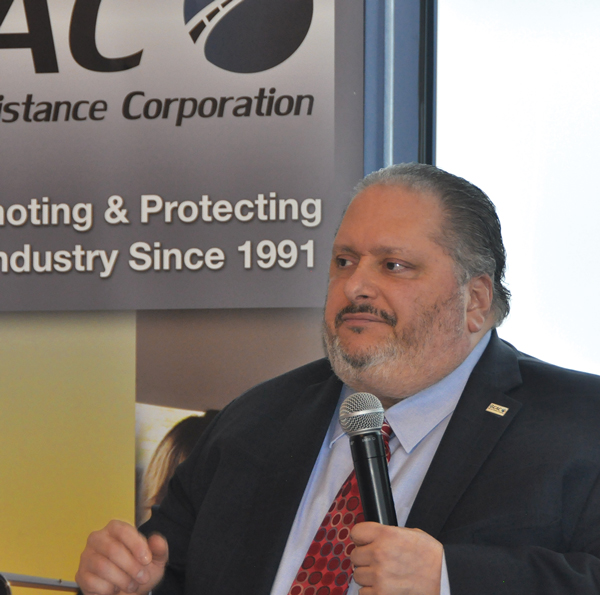 The growth of the sharing economy has transformed the relationship between employers and employees—most notably in terms of benefits. In New York City, the independent contractor model has always thrived in the transportation sector: Past governors and mayors have taken great steps to protect its employers, employees, and passengers. One of the most successful examples is the nearly 20-year-old Black Car Fund (BCF), which provides workers’ compensation coverage to drivers, as well as various free safety and wellness classes, which drivers are paid to attend.

“The Fund is really ahead of its time because it works with drivers who are true free agents, driving for any number of companies while still having portable coverage,” says BCF Executive Director Ira Goldstein. “Now it is a nationwide issue that regulators are dealing with—not only within the transportation industry, but any industry that is using the gig economy model: delivery, home services, etc. The model can be expanded beyond workers’ compensation to healthcare or any number of other key benefits, and that’s something that we are currently investigating.”

Recently, BCF announced that several large and respected chauffeured transportation companies had become members, including Commonwealth Worldwide, Tristar Worldwide, Flyte Line Worldwide, Carey International, and EmpireCLS Worldwide. Goldstein, who contributes a regular column “Black Car Report” to Chauffeur Driven, says that there has been interest from other large companies in the area as well.

The BCF was created by state law in 1999 and went into effect in 2000. At the time, the black car industry in NYC and elsewhere in the state wanted drivers to have workers’ compensation coverage, even though they were independent contractors. After several years, the industry came up with a unique idea: subsidize drivers’ workers’ compensation coverage by collecting a 2.5 percent surcharge added to the whole fare (except sales tax), paid for by the passenger. The charge is collected by the base and remitted to the BCF monthly. The model lowers costs for the company, protects drivers, and streamlines the process for a healthy partnership between worker and employer.

“Because the BCF was set up for the purpose of providing workers’ compensation insurance for independent contractors in the industry, the requirements are relatively simple,” Goldstein says. “First, 90 percent or more of the company’s business must be on a non-cash basis and second, the base owns fewer than half its vehicles. Essentially, if the base owns vehicles in different corporate entities for partnership purposes, it qualifies for membership. It’s reducing their business expenses, and their drivers have the exact same coverage. It’s one of those win-win situations for everyone.”


“We’re starting to get inquiries from outside of NYC—we’re a very viable model. If you look at what’s been going on in the country lately, there are many discussions about the gig economy.”
- Ira Goldstein, Excecutive Director of The Black Car Fund

Additionally, drivers have access to advanced training that would otherwise prove too costly for an operator or would require time and staff that they don’t necessarily have. Through its Wellness, Safety and Education Program (STEP), drivers are paid to attend training on methods to improve their health (as they are stuck behind the wheel), to be good members of their community with AMBER Alert and CPR training, and, of course, responsible driving techniques. Drivers are also paid to attend an enhanced defensive driving course. And the BCF hosts frequent outreach programs to show members that they are in the trenches with them.

For several years, black car and taxi bases in New York CIty have appreciated operating on a level playing field with TNCs—an industry structure exclusive to New York City. And because those TNCs were required to operate as a black car base, their drivers were also covered by the BCF—a boost to The Fund. With the recent expansion of TNCs throughout the state—an action that had the full support of Governor Andrew Cuomo—those TNC drivers will also be covered by the BCF instead of the workers’ compensation fund that TNCs wanted to independently launch and manage.

“It’s an economy of scale where we have certain fixed costs that were well-established already,” says Goldstein. “They would have had to charge double or more than what we’re charging for their surcharge.”

Goldstein says that he is frequently asked about the program as a template for other jurisdictions to consider because it has worked so well for the past two decades. “We’re starting to get inquiries from outside of New York City because we’re a very viable model. If you look at what’s been going on in the country lately, there are many discussions about the gig economy and for those workers to have portable benefits. We’re happy to talk to them and see if it’s feasible in other jurisdictions outside of New York.” [CD0717]