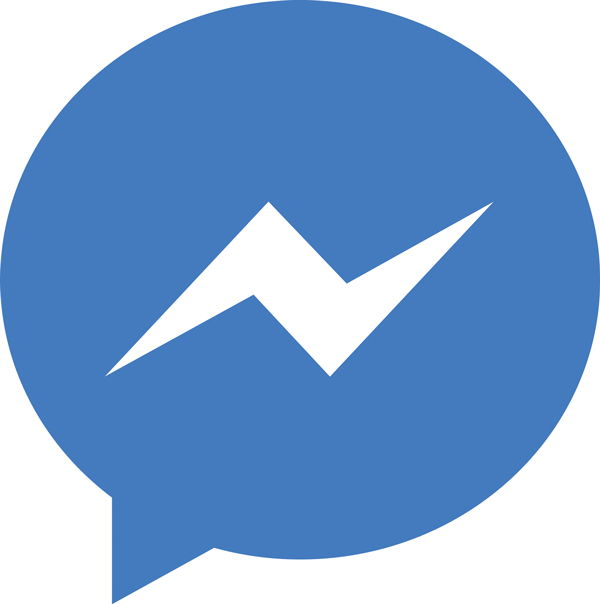 For years, I’ve been touting the incredible value behind using Facebook as a revenue-generating platform. Until recently, social media was a foreign concept for many inside the industry—and so the thought of leveraging something like Facebook for business was met with a collective eye roll.

However, as the stigma of utilizing social platforms for promotional purposes began to fade away in the past couple of years, operators began to see results. From recruiting talent to booking wedding transportation, Facebook’s ability to market effectively is becoming more widely accepted as a key component of any digital advertising spend.

That’s why I’m excited to break down the newest way to integrate your marketing into the Facebook platform: Facebook Messenger Marketing.

The Magic of Messenger
Every month, more than 900 million people use Facebook Messenger as their primary communication tool. Imagine being able to leverage your business with a channel that millions of people already comfortable using. Many of you already know the value Messenger provides to your Facebook business page: With a click of a button, a potential client can ask for a quote, request information, or provide feedback.

By communicating in real time, you’re able to quickly and reliably satisfy customers inside of Facebook. The number-one problem many operators face, however, is the ability to respond to these messages in a timely manner. They’re busy running their businesses, not waiting for social media activity.

“The average open rate for email sent in our industry is roughly 17 percent ... Facebook Messenger broadcasts averages 82 percent and higher.”

That’s where Messenger automations come into play. Automations (or bots) allow you to establish an automatic response to be triggered the moment someone messages your Facebook page. This allows your page to be viewed as “responsive” and increases your credibility inside the Facebook algorithm. In other words, the more responsive your page, the higher it will rank in Facebook searches for services as well as in your followers’ newsfeeds.

Diving deeper into the ways you can utilize automation opens up a whole new world of opportunity to communicate with existing and potential clients and followers. The goal of any automation is to get people to message your bot. Once someone does, they’re able to be tagged and funneled just as they would in an email automation.

More Effective Than Email Marketing
Why would you want to use Messenger instead of or in addition to email marketing? Two words: open rates! The average open rate for email sent in our industry is roughly 17 percent, which is higher than a majority of other industries; but the typical open rate for Facebook Messenger broadcasts averages 82 percent and higher. That’s a stark difference in the number of eyeballs on your content.

In fact, the very first time I used automation with an organic Facebook post announcing a Limo U Boot Camp, I had an open rate of 100 percent. Every person who engaged with that post opened the message I triggered to be sent to their Messenger.

Generate More Interaction—and More Leads
So how do you get people to interact with your bots to begin funneling them? These automations are created to go anywhere digitally: your website, your landing pages, your email marketing, and even inside of your Facebook posts and the Messenger app.

You may have already seen Facebook posts asking you to comment “YES” or “TELL ME MORE.” By commenting on a post like this, the bots take those who commented on that post and send them a message inside of Messenger. Once someone opens that message, he’s instructed to respond with another predetermined keyword that triggers the next message. After the user responds to the initial message, he is now part of your audience. It’s that simple.

You’re able to trigger that initial welcome message with widgets that can be embedded into your website pages and landing pages. With these widgets, a visitor can trigger a message directly to your business page. Again, you’ll have the automation set up on the back end to capture those individuals and funnel them as well.

To really increase your ability to grow your audience, you can use the bots to generate a custom URL that you can include in any email marketing. Once the URL is clicked, the recipient can communicate with you via Messenger and is once again added to your list.

Or, you can take a page out of Snapchat’s playbook and include the image of your custom Facebook Messenger Code, a type of QR code unique to your account. Once a recipient opens the Messenger app, they’re able to snap a photo of that code and be directly linked to your business Messenger account.

Bots may be relatively new to our industry, but they are certainly the future of Facebook. Investing a small amount of your time to educating yourself on setting up automation will go a long way with your customers and future clients. [CD0717]

Bill Faeth is founder and president of Inbound Marketing Agents in Nashville and founder of Limo University. He can be reached at bill@limogrowth.com.