Federal gas tax hike may come in the near future: 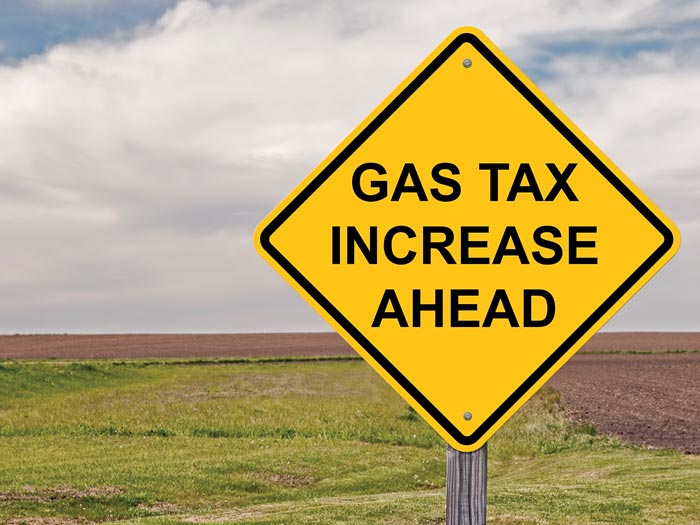 Now that the tax reform bill has made its way through Congress for a late-term, late-year victory for President Trump, all eyes are turning to the aging American infrastructure such as roads, bridges, and utility grids. President Trump made it a cornerstone of his first State of the Union Speech last month, where he offered few details for his projected $1.5 trillion infrastructure bill, although it has been prognosticated that it will include budget cut offsets and private capital. The U.S. Chamber of Commerce has already expressed its support of a federal gas tax hike—which has been set at 18.4 cents since 1993—by proposing a 25-cent increase over five years. Chamber President Tom Donohoe says the increase would go a long way to refilling rapidly depleted coffers and would create numerous good-paying jobs. With the massive tax cut impacting Congress' ability to take on more debt within a year, it's expected that some sort of compromise will be reached on raising those funds—or maybe not, considering Congress' advertisity to compromise. Source: goo.gl/TkPx8z

More toll roads could be in the near future, too:
Private funding for roads and transportation infrastructure will likely be in the form of tolls on formerly fee-free highways. Many states have already turned major state highways into fee-based roads to fund major infrastructure improvements, with long-term, multiyear maintenance contracts being penned with these private companies. States have also been eyeing more "dynamic tolls" where single drivers can pay a varying toll to either enter a less-congested, designated high-occupancy lane during gridlock or sit in that traffic. Virginia recently adopted this type of tolling for its major D.C. artery, I-66. The changing toll is advertised before a driver enters the faster lanes, and recently hit a high of $40 for a 10-mile stretch of road. Transportation officials claim that dynamic tolls are wildly popular for motorists who seek to avoid those jams, and that more will be expected. According to the New York Times, 40 jurisdictions nationwide have adopted tolls that fluctuate depending on traffic congestion since Southern California adopted the first one in 1995. Source: goo.gl/HpKfTd

Va. eyes making I-81 a toll road for trucks:
State lawmakers announced last month that they are looking into making the state's longest interstate into a toll road for trucks only, which would fund "safety improvements." Lawmakers cite commercial vehicle accidents as the reason, so the toll could potentially be expanded to include buses—although it was unclear at press time. According to the Virginia Department of Transportation, commercial vehicles make up about 40 percent of the traffic on I-81. The interstate was designed to only carry about 15 percent trucks. Source: goo.gl/B5Z42J 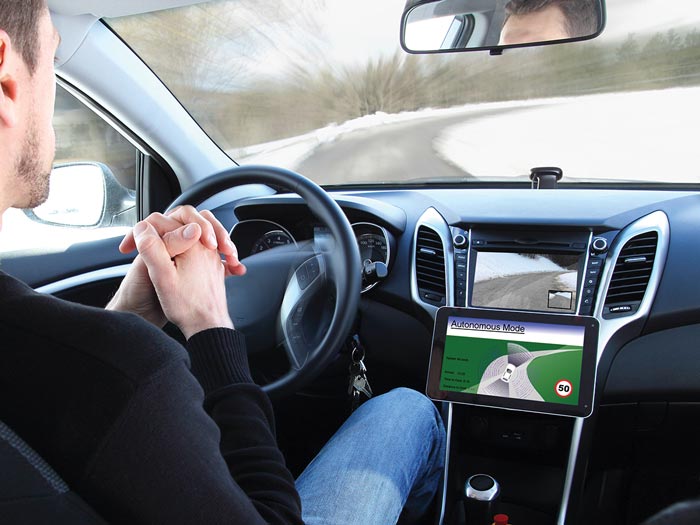 America's not ready for autonomy?:
According to a new Reuters/Ipsos opinion poll, two-thirds of Americans are just not uncomfortable with the idea of riding in a self-driving car, but those numbers are doing little to deter autonomous vehicle makers and legislators nationwide from pushing forward with measures preparing for the rollout. It takes a while for any new technology to catch on, especially one where people cede control of the wheel. Companies developing self-driving cars are pushing them to market regardless of public opinion. General Motors plans to launch an autonomous ride-sharing service in 2019, and is so confident in the technology that it is preparing a self-driving car with no manual controls. Also of note, an annual AAA study found that while Americans are still largely ambivalent about this technology, the percentage who have a negative response is five points lower than last year. AAA cites that because so few have had the chance to ride in one, the negative percentage will plummet further with exposure and experience. Source: goo.gl/WXNNZL

U.S. travel industry worries as international visits decline:
In what has become a growing trend, the U.S. is seeing fewer visitors from regions like the Middle East (down 40 percent), Africa (down 30+ percent), and South America (down 15 percent). The most precipitous drop was in the first quarter of 2017 following the election of President Trump, who has often used harsh rhetoric to refer to people from these regions—although his stance was most often regarding immigration. The trend actually tracks back further than the Trump presidency when declines began in 2015. Agencies like Visit U.S. Coalition are working with the pro-business administration to tamp down on the waning tourism, although it's likely a tough battle with presidential comments about "these sh*thole" countries. Maybe more Norwegians are interested in visiting the good old U.S. of A.? Source: goo.gl/xNJmQE 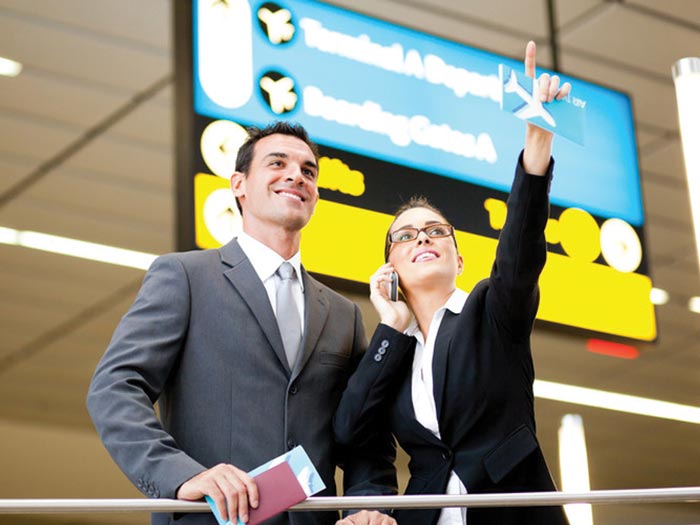 Amex study finds sunny skies ahead for 2018 business travel:
Despite the previous finding that select international tourism is down among general visitors to the U.S., business travel remains a bright spot. American Express Global Business Travel, one of the most respected producers of business travel forecasting, is anticipating growth across the travel sector, including air and ground transportation and hotel stays, with higher fares and increased bookings supporting the industry's growth. The study projected Asia will experience the most robust growth largely on the strength of economic progress in China and India, but that the U.S. would also have a travel surge, thanks to a recent corporate tax rate restructure that has increased global competition for those companies. Source: goo.gl/P3xd53 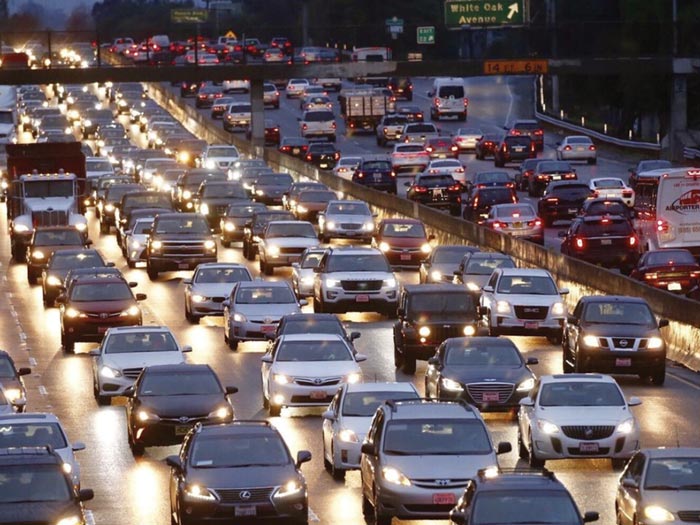 L.A. tops the WORLD in vehicle congestion:
Analytics company INRIX recently compiled data on 1360+ cities in 38 countries to find that ten U.S. cities lead the globe in time spent battling traffic, with Los Angeles claiming the dubious honor for a sixth consecutive year. According to the report, L.A. drivers battled 102 hours of gridlock traffic during peak times in 2017 overall. To no one's surprise, New York City claimed the second U.S. spot with 91 hours, San Francisco with 79, Atlanta with 70, and Miami with 64. The national average of peak-time traffic was 41 hours. New York City's Cross Bronx Expressway ranked as the nation's most jammed corridor for the third year in a row. An average driver on the 5-mile eastbound stretch of the route that might more aptly be dubbed a "distressway" spent 118 hours battling congestion last year, up 37 percent from 2016, the study showed. In terms of real dollars, traffic congestion cost U.S. motorists nearly $305 billion in 2017, an average of $1,445 per driver, the study found. On the positive side, three cities in Texas experienced a drop from 2016 to 2017: El Paso (13 percent), Austin (9 percent), and Dallas (9 percent). Source: goo.gl/KyuSKD 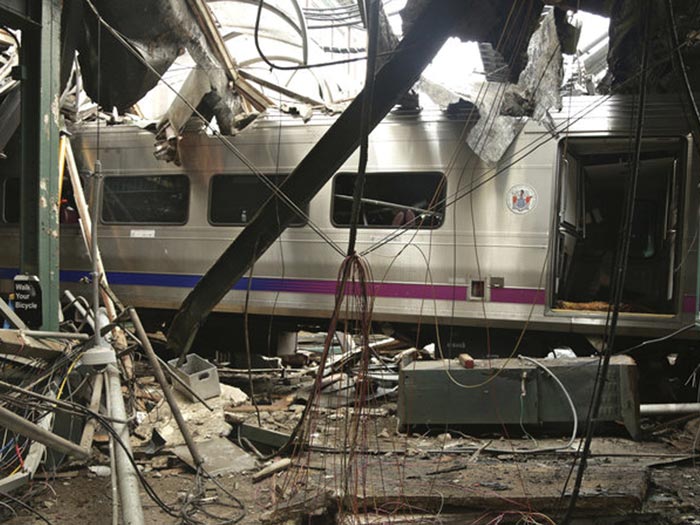 Why you should take sleep apnea more seriously:
The National Transportation Safety Board (NTSB) concluded in its recent report that undiagnosed sleep apnea led to two highly publicized crashes in the New York metro area. The first, a N.J. Transit train in Hoboken, claimed the life of a woman standing on the platform, while the second in Brooklyn, N.Y., though not fatal, sent more than 100 people to nearby hospitals for a variety of injuries. The sleep disorder, usually accompanied by loud and chronic snoring, is among the most common disorders and impacts wakeful hours with frequent sleepiness and less alertness. The Obama administration was drafting federal screening and treatment requirements for train, truck, and bus drivers, similar to those already in place for commercial pilots, but it was recently scrapped by the Trump administration in the spirit of lesser regulation and deregulation. "I don't know how many board meetings I've sat through either on highway or rail (crashes) that have involved OSA (obstructive sleep apnea)," said NTSB Chairman Robert Sumwalt at the recent NTSB meeting. "And it could be screened and treated." He slammed the Trump administration's action as "unacceptable." If you don't already, perhaps it's time to require all chauffeurs to be tested and treated for OSA? Source: goo.gl/nuq6Qv 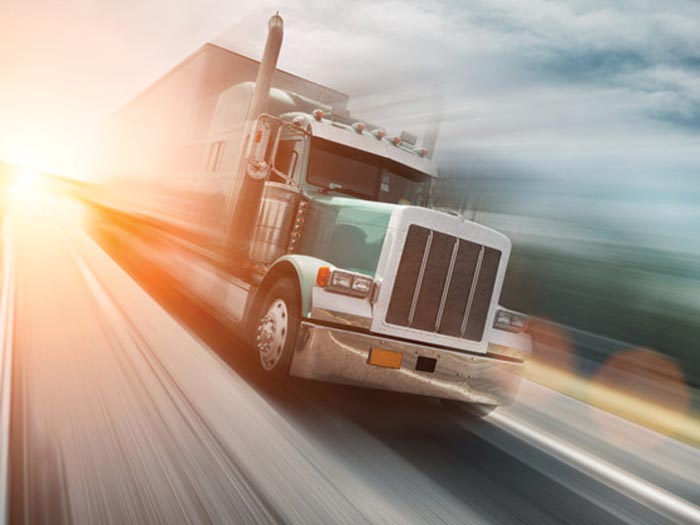 FMCSA wants personal commute data from CDL drivers:
The Federal Motor Carrier Safety Administration (FMCSA) has filed a request to investigate what CDL truck and bus drivers do during their home time. Specifically, the agency aims to study the effects of "excessive commuting" between a driver's home and work terminal and its impact on fatigue and accidents. As expected, the response was mostly negative during the public comment period that ended on January 26. More than 375 comments were logged, where drivers cited invasion of privacy to an overreaching government as their opposition to the proposed rule. Several attorneys weighed in that it was specifically and unfairly targeting rural truck drivers who often live a significant distance from their facility. The Office of Management and Budget (OMB) will determine if the proposed rule has merit, and then a study period including 12,000 drivers will commence. Source: goo.gl/aHZxRd

[CD0218]
Did something newsworthy happen at your company? Share it with us!
We’ll help you get the word out to our international audience about your new staff hire, addition to your fleet, acquisition or merger, move to a new location, or a recent award won by your company. We’ll publish it on our website, social media, and in our biweekly E-NEWS ON THE GO.