We’re (Almost) Too Late to Save Our Industry’s Future 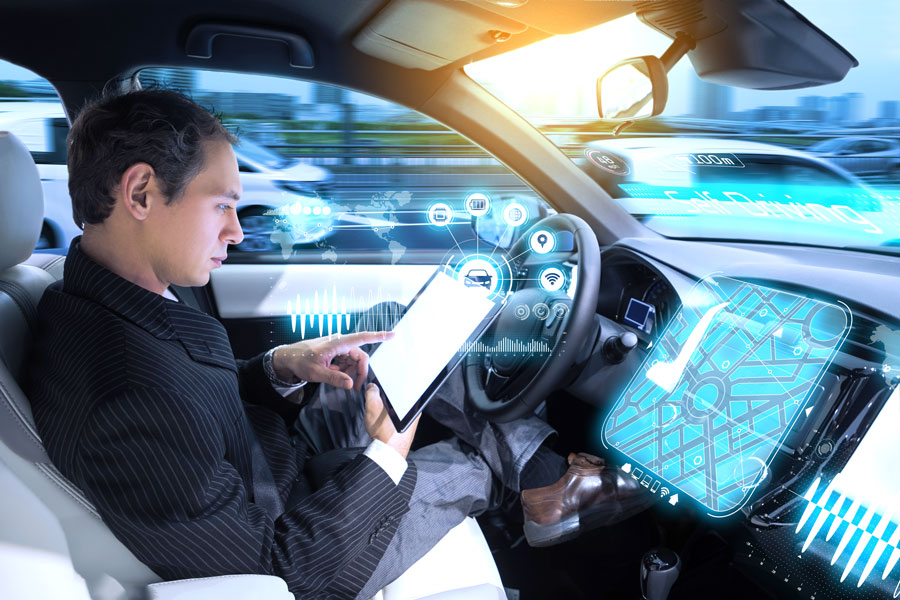 The race is on! As autonomous vehicles (AVs) are finally transitioning from science fiction to reality, they are posing all kinds of challenges and questions. Who will own them? What AV companies will lead the charge? How will insurance protect both driver-powered and driverless vehicles—and will it be unequal? How will they operate within the current infrastructure of our cities? What about their role within public transportation? What happens to traditional transportation? What do cities do now to both plan for the future and maintain their current miles of concrete, steel, and blacktop so that they aren’t throwing money at soon-to-be-outdated transit projects? Who will “own” the customers and their data? You can bet that AV companies are banking on it. There’s a lot to consider—probably much more than you thought. Putting aside the ethical arguments, public (dis)trust of AVs, personal ownership of these vehicles, and their use in deliveries, both cities and states are contemplating a place where AVs of all shapes and sizes could augment or even replace subway, bus and taxi services. This is uncharted territory, and these conversations are taking place now. If our industry doesn’t act immediately, we will be shut out of the future again.

I’ll say it: Our industry missed the boat when it came to TNCs, and years later we are still struggling with a viable solution. AV technology is not quite ready for widespread use, but it’s getting there and we can’t miss this round while the legislation is still being crafted. This is prime time to not only ensure our seat at the table but also have a stake in the future. In this article, we’re asking you to think far into a future that isn’t fully understood, but there’s a good reason for your leap of faith.

A recent Bloomberg report found that while the U.S. has some of the largest manufacturers of AVs, we lack federal legislation that would support the crucial testing and deployment of them on public roads, leaving it up to states and cities to take on the burden. The stalled AV START Act (S. 1885) was introduced last fall in the Senate but has seen little action since. The U.S. Department of Transportation does have a safety checklist that AV manufacturers must meet in order to have such vehicles on public roads, but it only offers basic guidelines to states for testing (those guidelines can be read here: ­transportation.gov/AV-factsheet). Meanwhile, China, Germany, Singapore, South Korea, and the U.K. are far ahead of us with public testing and will more than likely beat us to the punch with mainstream vehicles for sale to consumers and on the road. These local “burdens” are where our industry can find a foot in the door.

As autonomous vehicles (AVs) are finally transitioning from science fiction to reality, they are posing all kinds of challenges and questions.

Cities are in a difficult position. In January 2017, New York City’s Metropolitan Transportation Authority (MTA) opened part of its long-awaited (a century, in fact) Second Avenue subway line, a two-mile stretch running between 63rd and 96th streets on the east side of the Manhattan. The cost? A whopping $4.45B. A year earlier, what has been dubbed “the world’s most expensive train station” opened in the World Trade Center complex. The rub: MTA ridership is actually down in the past two years. There are other proposed projects on the books that may be equally or more costly, not including the cost to operate, maintain, and update those plans. Building and expanding public transit infrastructure would seem to make sense as there is a nationwide push toward urbanization, but at a time when ridership systemwide has been declining, this could be a colossal money pit in a decade or two. 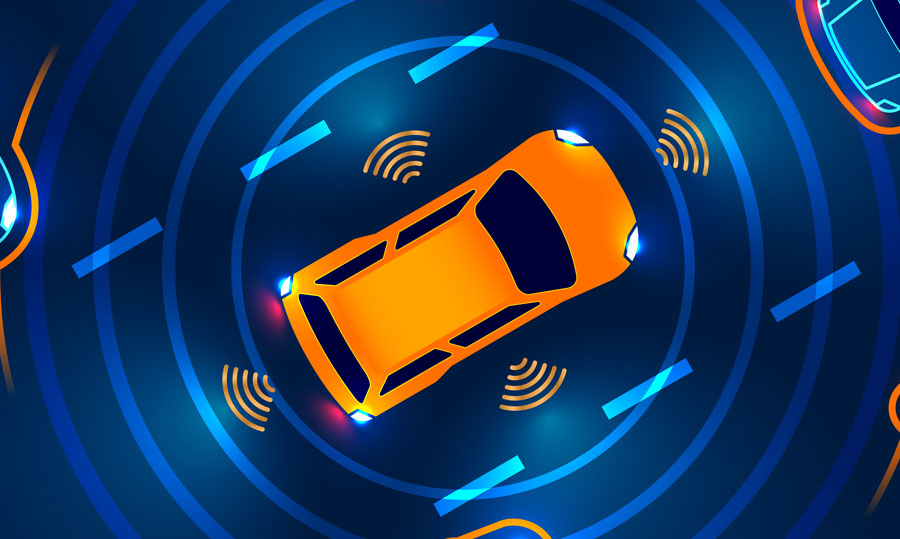 New York City is unique in that it has a vibrant (yet flawed) transportation network that includes subways, buses, taxis, livery and black car, and TNCs, not to mention ferries, bikes, daily commuters, and good old-fashioned sneakers. But TNCs have increased the amount of gridlock in the city, leading to all kind of proposals such driver fines within a certain zone during peak hours. Last year, the city accepted the testing of autonomous vehicles (AVs), although the roll out has been slow and mired in some political red tape/growing pains. Right now, the majority of the cost burden seems to be on the AV company itself, although that may not always be the case—and every city is different.

In Boston, a recent study by the World Economic Forum and Boston Consulting Group found that, like New York, AVs could lead to an increase in downtown traffic of more than 5.5 percent because commuters would choose them over public transportation—but that is the point of AV study. Boston is also equally concerned that AVs could encourage sprawl, but is motivated by a promise to reduce accidents by 90 percent when removing the human error factor of driving.

Currently, California and Arizona have the largest AV fleets on the road and are leading the way with testing. In 2017, 33 states introduced AV legislation, while 20 states introduced legislation the previous year. There are currently 29 states and the District of Columbia that have some type of legislation crafted around these vehicles, and it’s only increasing. And the legislation runs the gamut from Arizona’s “hands off” approach to a more restrictive program in New York. Make no mistake: There are a slew of AV companies that are working on and perfecting their technology in hopes that they will be the lucky few to make it.

Leading AV companies, such as Waymo (part of Alphabet, Google’s parent company) and the larger OEMs like GM, are all well versed in the technology and making sure that safety is paramount, but state and local government still need the expertise of qualified transportation providers on how to integrate this technology—and this provides a tremendous opportunity for our industry to be on the ground floor of this evolution. Our national and local associations should be advocating for our industry’s inclusion with as much voracity as we fought TNCs—if not harder. It’s a market-by-market implementation, and each is working within their own guidelines, budgets, and levels of comfort. Right now, the loudest voices officials are hearing are those of the AV companies that are bidding on and winning the contracts to test these vehicles within city limits, or those of the TNCs that want to pounce on this opening once the technology is perfected. Taxis have, predictably, responded with protectionist fervor in places like Upstate New York and Las Vegas, to name two.

There are a slew of AV companies that are working on and perfecting their technology in hopes that they will be the lucky few to make it.”

Meanwhile, Waymo plans to introduce an AV taxi service later this year in Arizona. In California, a self-driving bus with room for six seated and six standing passengers called “The EasyMile Shuttle” quietly started operating in San Ramon earlier this year. Smaller “pods” or retrofitted OEM vehicles have been most popular in the states, but several countries in Europe have already started testing and operating shuttles similar to the one in California.

Municipalities may not want to own those vehicles, or AV manufacturers may not want the liability of operating and maintaining them, so either may choose to supplement or fully outsource public transportation—which could replace a lost fixed-route contact.

You can make them listen—or make them give you a seat at the table—by reminding them of the most important thing you can offer: your business tax dollars. Beyond infrastructure, cities have relied on traffic tickets and parking fees, as well as gas taxes, vehicle registrations, and YOUR operating permits to keep their coffers full. Our industry will shrink, and those dollars will decrease along with it. As AVs have no need for parking, unless at its hub or recharging stations (if electric), the reduction of parking meter quarters will also leave quite a deficit with fewer and fewer drivers. Plus, what do to with all that real estate? Some areas have proposed turning those lots (or parts of them) into drop-off areas for AV riders. 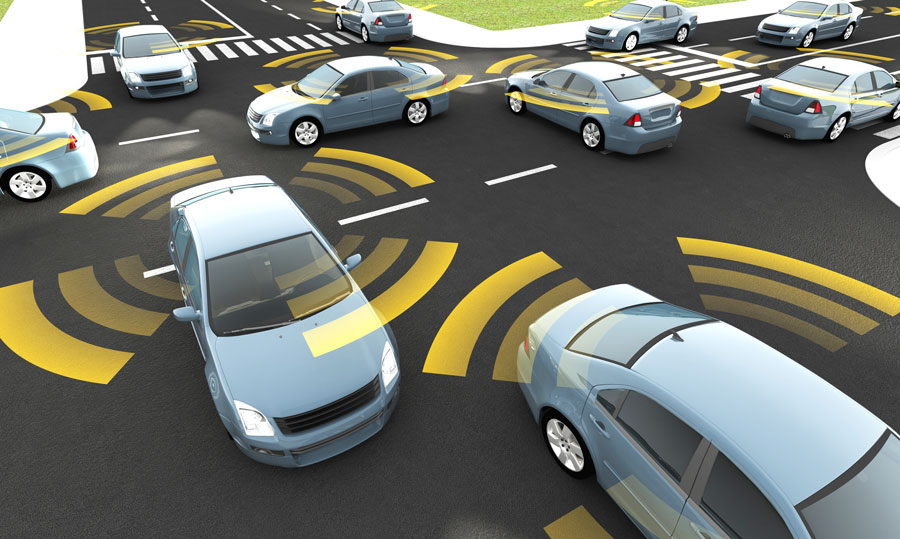 Many young people across the country are eschewing not only car ownership but even that coveted rite of passage in securing a driver’s license. Younger folks are also choosing urbanization over their parents’ preference of suburbia. TNCs capitalized on the beginnings of this trend, and AVs will be the next tsunami to hit transportation. Also consider that roughly 28 percent of the current U.S. population is 55 and older. Although Boomers are one of the most active, most independent, and longest living senior populations in U.S. history, their needs as they age will become a problem that cities and towns may need to bear. The application of AVs for paratransit situations is immense, especially in areas where public transit is weaker or non-existent, or when car ownership is too costly.

Chauffeured transportation probably won’t disappear entirely. Some envision a future where an onboard “concierge” focuses on serving his passengers rather than juggling driving and assisting passengers. Some passengers may eventually embrace the self-driving concept but might miss or be reassured by having another human in the vehicle who can help in case of technology failure or just simply because of interaction.

For years, our counterpunch to the proliferation of TNCs has been our industry’s record of safety—and rightfully so as chauffeurs are professionally trained, background checked, and fully vetted before employment. All one has to do is watch or read the news to see yet reason getting into a car with a stranger is a risky idea. Consumers obviously have been willing to put their personal safety aside by taking a chance with ride-sharing because of convenience.

According to a Reuters/IPSOS poll conducted earlier this year, nearly two-thirds of respondents would feel uncomfortable riding in a self-driving car, although men (38 percent) were more willing than women (16 percent) to give it a shot. The public, while wary, is excited to see where the technology can go as long as they aren’t “the guinea pig.” However, the most important argument we lobbed against TNCs will be rendered obsolete in a few years as AVs can’t get distracted, drive while drowsy or under the influence, or have a medical emergency behind the wheel. Soon, AVs’ safety records will surpass that of a human driver, so the question will no longer be if a consumer feels comfortable getting into an AV—it will be if they should risk it with a human driver. By then, the only question will be if we could have done something sooner.