Turning a ­Costly Error Into a Valuable Learning Experience 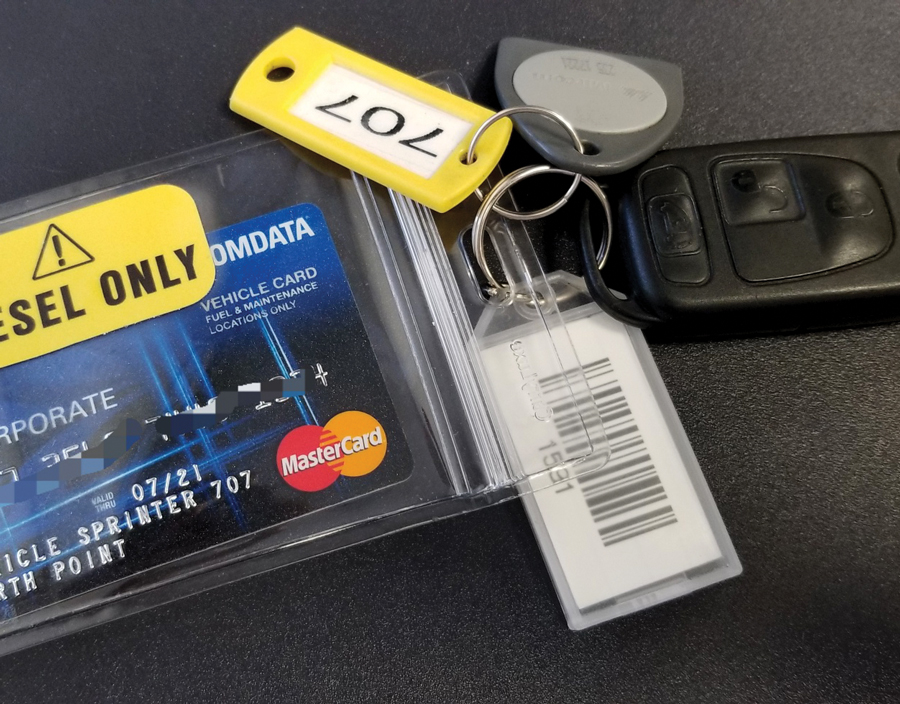 Mehdiof uses stickers to remind chauffeurs about diesel vehicles It’s no big secret that we are in an industry that requires long hours under stressful conditions. Unfortunately, the combination of trying to provide impeccable service while being under the gun and even fatigued can often lead to circumstances where mistakes happen. However, it’s worth considering that a major key to enduring success is an operator’s ability to turn an error into a learning experience that positively changes company policy. In fact, even the biggest—and most costly—mistakes don’t have to end up being anything more than a small bump in the road.

Recently, we had a new Mercedes-Benz Sprinter on an extended hourly charter that required a lot of driving around the city. Late in the trip, the clients were dropped off at their venue, and the chauffeur brought the vehicle to a nearby gas station to top off the tank.

After fueling, the chauffeur left the station, and a half-mile or so down the road, he noticed a lack of power and pick up before the vehicle shut down completely. He pulled over and called dispatch, who advised him to try to restart the Sprinter—after all, it was a new vehicle—but it still wouldn’t turn over.

“... a major key to enduring success is an ­operator’s ability to turn an error into a learning experience that positively changes company policy.” 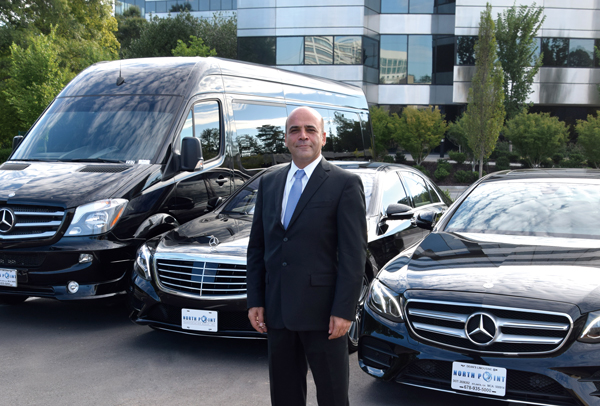 Fortunately, although it was 3 a.m., we had a similar minibus available, and were able to rush over and switch the vehicles without inconveniencing the clients. We then had the Sprinter towed to the Mercedes dealership for diagnosis. Days passed without any definitive reason for the breakdown. The dealership was trying everything under the sun to determine what happened. Finally, on the fourth day, the dealer found the problem: Gasoline was pumped into the diesel-only vehicle.

In a worst-case scenario, this repair could cost upward of $15,000, requiring a variety of systems to be replaced, including the engine and numerous computer sensors. Worse, the diesel engine could have ignited the gasoline to a temperature that could have sparked a fire. We were fairly fortunate, however. Despite two weeks of downtime and extensive repairs—not covered by warranty, of course—the dealership had the Sprinter running again for around $8,000. All because of one little mistake done in the middle of the night.

After this incident, I realized we had to increase our focus on prevention. It would have been easy to terminate the chauffeur for his mistake and just move on, but it was key that all levels of personnel learn from the incident so it never happens again. After all, our staff deals with expensive equipment every day, and this mistake would obviously be talked about for a long time. 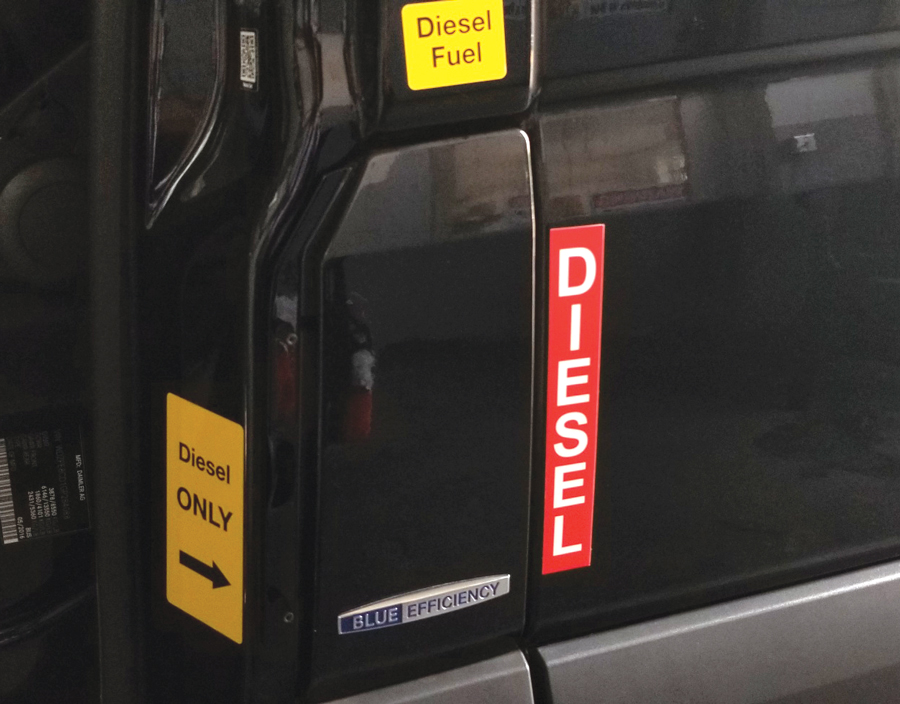 First, I contacted our gas card company to see if they could limit the type of fuel that the account could use. After initially getting confirmation that they could provide this service, it turned out that they cannot program the cards in such a specific manner. Thus, a new plan was needed.

We contacted a local print shop to design three sets of stickers to indicate the vehicle runs on diesel. One large sticker was placed next to the fuel tank, a smaller one was put on the dash where the driver can see, and a third even smaller sticker was put on the fuel cards.

Finally, I re-evaluated the way we handle chauffeur education. Certainly, in the past, we always emphasized the importance of using the correct fuel in the vehicle; however, this incident involved one of our best and experienced chauffeurs who wasn’t even aware that he had used gasoline. Ultimately, we had to show him the receipt from the credit card to convince him of what had happened.

It’s worth mentioning that a similar incident happened to President Obama back in 2013 on a trip to Israel. In this case, the president’s limousine—“The Beast”—was accidentally filled with diesel instead of petrol just prior to his arrival, and a replacement limousine had to be flown in. This expensive mistake can happen to anyone, even the leader of the free world. 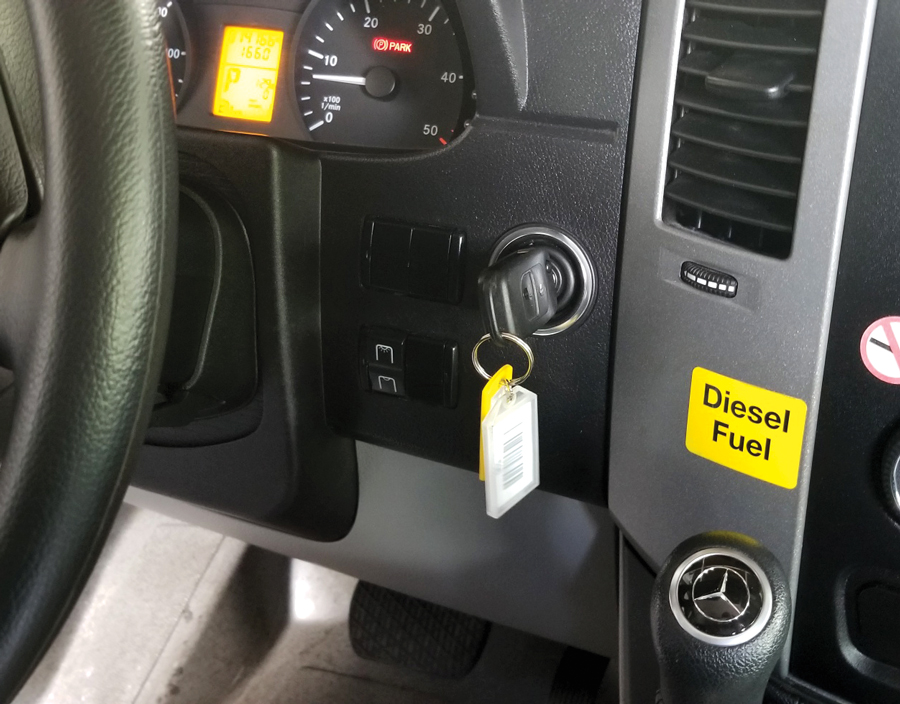 I realized that when a procedure was set in place in the past, I would rarely explain the reason for the policy. Unfortunately, it’s very common that things don’t always register with people unless you provide some background into the motivation—and consequences—behind a policy. It’s one thing to tell someone what to do; however, when you explain why things should be done in a specific manner, a positive result can take place. Chauffeurs are often driving a different vehicle during each shift, so they have to be aware of the operation of each. While I obviously would have liked to avoid the four weeks of vehicle downtime and the costly repair, I believe that our new signage combined with additional training will likely ensure that the wrong fuel will not be put in our vehicles ever again.   [CD0818]

Tony Mehdiof is the President & CEO at North Point Transportation Group in Atlanta. He can be reached at tmehdiof@nplimo.com