Legal Ease: Why Revenge Lawsuits Are NOT So Sweet

Thinking about retaliating against a legal claim? Here’s why responding to an employment practices lawsuit with another lawsuit or counterclaims is generally not a good idea. 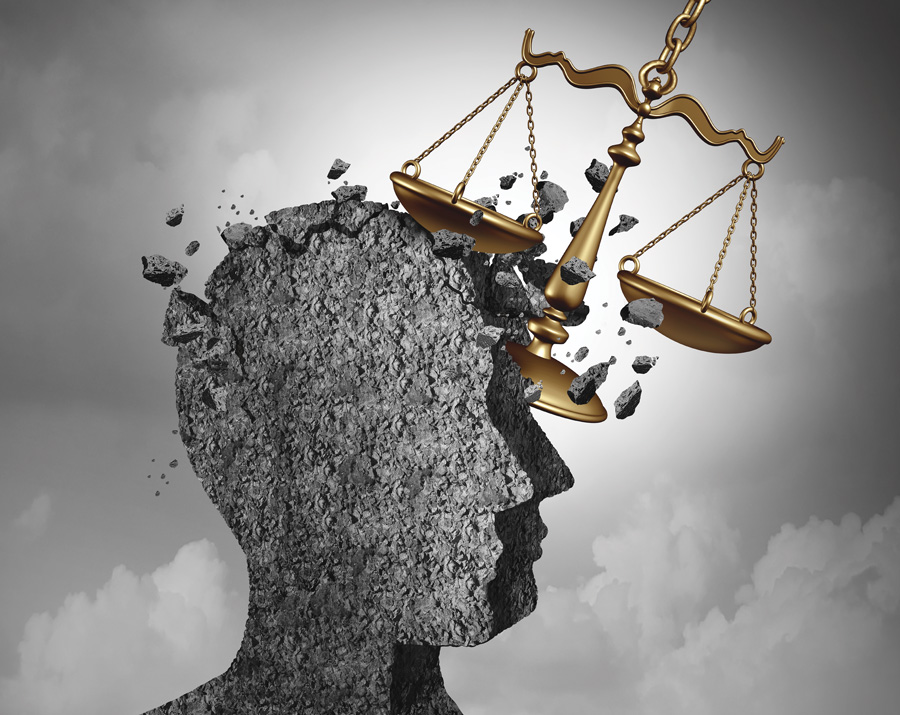 Retaliation is a base concept as old as humankind: Someone injures or wrongs you, and in response you feel the need to get revenge by striking back and proportionately harming that person.

However, when it comes to employee complaints about discrimination, harassment, wage and hour issues, and other claims against your company, responding by striking back with claims of your own is rarely a good idea. It’s natural to want to protect your business, but in addition to state, federal, and local laws that protect employees against discrimination, harassment, and being underpaid, those laws also prohibit retaliation against employees who have engaged in “protected activity” within the meaning of those laws.

As is discussed below, a counterclaim or responsive lawsuit may be viewed by a court or administrative agency as retaliatory, even if the claims the employer has asserted are perfectly legitimate, and even if the employee’s original claims against the employer are ultimately determined to be unfounded and dismissed. Regardless, filing a responsive claim against an employee is almost guaranteed to be met with a claim of retaliation.

This is not to say one can never assert claims against an employee who has beaten you to the punch by filing claims of their own. If, for example, your bookkeeper sues, claiming she was discriminated against based upon her race, and you have canceled checks showing she has been paying her personal bills with company funds, bringing suit to recover the embezzled funds will probably not be viewed as retaliation by a court—I say “probably” because there is never a guarantee which way a court will hold when faced with a question of fact.

"It’s extremely important that a careful and thorough analysis of the facts be conducted before taking any action that may be regarded as retaliatory.”

If, on the other hand, your bookkeeper filed a race discrimination claim and in response the company counterclaimed to recover $1,200 in extra vacation pay she mistakenly received two years earlier, this may well be viewed as retaliatory. Aside from timing (the fact that the claim to recover the vacation pay was asserted after the race discrimination claim was asserted), factors that might sway a court to conclude the counterclaim was filed to “get back” at the employee could include the nominal amount of extra pay the employee received, the company’s delay in seeking to recover the overpayment earlier, the lack of an explanation as to why the company waited until the employee sued before asserting its claim, and/or the company’s failure to simply ask for the money back.

As these examples hopefully illustrate, it’s extremely important that a careful and thorough analysis of the facts be conducted before taking any action that may be regarded as retaliatory. Retaliation claims are just as potent as discrimination and harassment claims, and, as mentioned previously, they can succeed even if the underlying discrimination or harassment claim fails. That’s because the laws prohibiting retaliation look to whether action was taken in response to an employee having asserted their rights, and not whether the employee’s claim is meritorious.

There was a lawsuit several years ago involving America Online (AOL) that illustrates this point. In that case, an employee saw pornography on his supervisor’s computer screen, and reported it to AOL management, believing it to be a violation of the company’s sexual harassment policy. The supervisor was promptly terminated. Thereafter, the employee was also fired for reasons AOL asserted were unrelated to the sexual harassment report. The employee filed a suit shortly following the termination, claiming that by viewing the pornography he had been sexually harassed, and that in response to his having reported the harassment he had been acted against in a retaliatory manner by the company. While the sexual harassment claim was dismissed—the court concluded that the mere fact the employee saw the pornography did not constitute sexual harassment—the retaliation claim was allowed to proceed, and resulted in a jury award in the employee’s favor. It is unclear from the decision whether AOL rightfully or wrongfully terminated this employee; however, this case underscores the risks involved in even firing an employee who has asserted their rights, much less suing them.

There are three elements that must be proven to establish a retaliation claim. Specifically, the plaintiff must show that they participated in a “protected activity,” that the employer took adverse action against them, and that there is a connection between the two.

So, what is protected activity? It takes two basic forms: opposition to unlawful conduct, and participation in proceedings to address such conduct. An employee’s direct complaint to the employer is the simplest example of opposition. As another example, a manager’s refusal to obey the CEO’s instructions not to interview women for a particular position would constitute opposition as well. One also engages in protected activity through participation. This could include filing a discrimination or harassment lawsuit, testifying as a witness in someone else’s lawsuit, or by participating in an investigation into unlawful conduct.

Once an employee has engaged in protected activity, any “materially adverse action” the employer takes against that employee will be closely scrutinized as possible retaliation. Examples of these actions include termination, discipline, demotion, salary reduction, reduced hours, undesirable schedule changes, reassignment to another department (unless requested by employee), and any other significant change to the employee’s terms and conditions of employment.

The last thing an employee must show to support a retaliation claim is causation—that the reason for the adverse action was in response to the employee having engaged in protected activity. In evaluating causation, courts look to things such as timing, the strength of the employer’s responsive claim, and any statements the employer may have made (“if you sue us, we’ll countersue!”).

"Whether your company’s responsive claim succeeds or fails, any retaliation claim that follows will invariably increase the costs of litigation.” 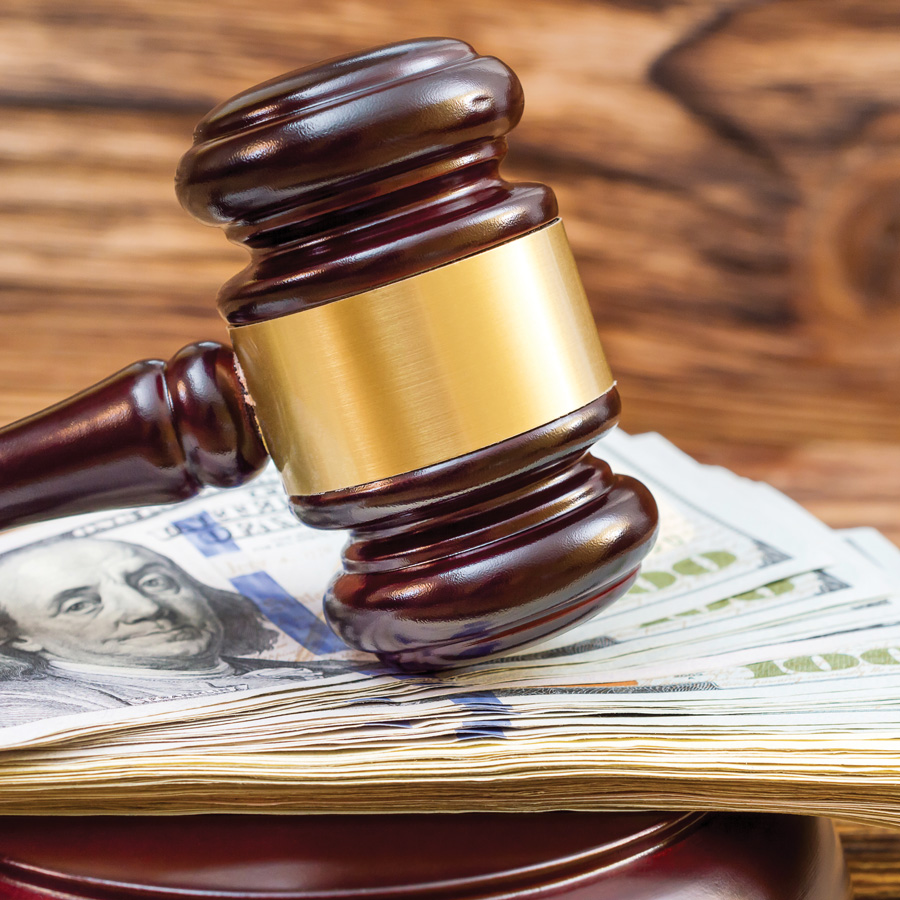 In the first example above, suing the plaintiff employee who stole money would likely not be regarded as retaliation because the causation element is arguably missing. Most courts would likely find that while the employee engaged in “protected activity” by filing her lawsuit and the company took “materially adverse action” by seeking to recover embezzled funds, the primary motivation for the company having taken action was because the employee stole.

In contrast, a court may well find a connection between the employee’s discrimination lawsuit, and the employer’s counterclaim for the vacation pay overpayment in the second example. By attempting to recover that $1,200 overpayment, the company has likely exposed itself to tens if not hundreds of thousands of dollars in potential damages, legal fees, and costs—and that’s on top of what the employee may or may not recover on her discrimination claim. Speaking of costs, it should be mentioned that regardless of whether your company’s responsive claim succeeds or fails, any retaliation claim that follows will invariably increase the costs of litigation; costs that may or not be covered by any applicable insurance you may have (and that will quickly eat away at the retention if you are insured).

If your company does decide to respond to an employee’s claim with one of its own (and given the strong likelihood retaliation will be alleged in response, it should be a solid and significant claim rather than a frivolous and contrived one), thought must be given to asserting the claim through either a counterclaim or a separate lawsuit. On one hand, litigating everything in a single lawsuit is oftentimes the most cost-effective and efficient way of resolving claims, and if the counterclaims are strong (employee fraud, theft of trade secrets, etc.) they potentially can detract from the employee’s own claims.

However, asserting counterclaims is not always possible due to procedural or other reasons (for example, counterclaims in lawsuits seeking to recover unpaid wages under the Fair Labor Standards Act are generally disallowed in the same action regardless of their merit). But there are benefits to bringing your company’s claims as a separate action: For one thing it avoids the proverbial muddying of the waters by interjecting unrelated issues into the employee’s lawsuit. In a separate lawsuit your claims are the main event and not a side show. Additionally, the employee may have to fund their defense of the claims from their own pocket, rather than having those costs built into the lawsuit (where, under most wage and hour and discrimination statutes they can recover legal fees and costs if successful). Lastly, a separate lawsuit allows greater flexibility as to where the company’s claims are heard. Depending upon the claim, a state court may be a more preferable forum rather than a federal court where employment lawsuits are more often than not adjudicated.

Employers can get into big trouble filing “feel good” claims as a knee-jerk reaction to an employee’s discrimination, harassment, or other complaint. True revenge can be sweet; however, the bitter aftertaste of an ill-advised retaliatory claim can linger long after the thrill wears off. Responding to an employee’s claim with an opposing claim carries with it the risk that the employee will promptly amend their complaint to allege retaliation. Accordingly, before any contemplated responsive action is taken, same must be carefully evaluated, and the significant risks weighed against the likelihood of any potential benefits.

Disclaimer: The foregoing is provided solely as general information, is not intended as legal advice, and may not be applicable within your jurisdiction or to your specific situation. You are advised to consult with your attorneys for guidance before relying upon any of the information presented herein. Roberta Pike is a partner with Pike, Tuch & Cohen Law Firm in Bellmore, N.Y. She may be reached at rpike@ptcllp.com