Editor’s note: This article has been adapted from the Creative Revenue Streams Right Under Your Nose seminar, which was presented by Alan Candeub of Park Avenue Limousine and Daniel Perez of DPV Transportation Worldwide at the 2018 Chauffeur Driven Show.

We’re all in business to make money, and sometimes it’s easy to overlook the ways that you can save or collect revenue from the things right in front of you. Daniel Perez and Alan Candeub offer two great ideas that you can immediately put into use in your business.

Idea 1: Maximize What You Have to Grow, With a Plan
A few years ago, Daniel Perez, CEO of Boston-based DPV Transportation Worldwide, declared to a group of friends that he was going to turn his current $3M business into a $15M business over the course of a few years.

“Right away everyone was laughing and asking me how I was going to make that happen,” Perez recalled. As a young entrepreneur in a sea of small operators within a comparable revenue range, his story and ambition was not uncommon. However, his statement came true: According to Perez, he was on track to break the $15M mark at the end of 2019. He explained the steps he took to get there during the seminar. 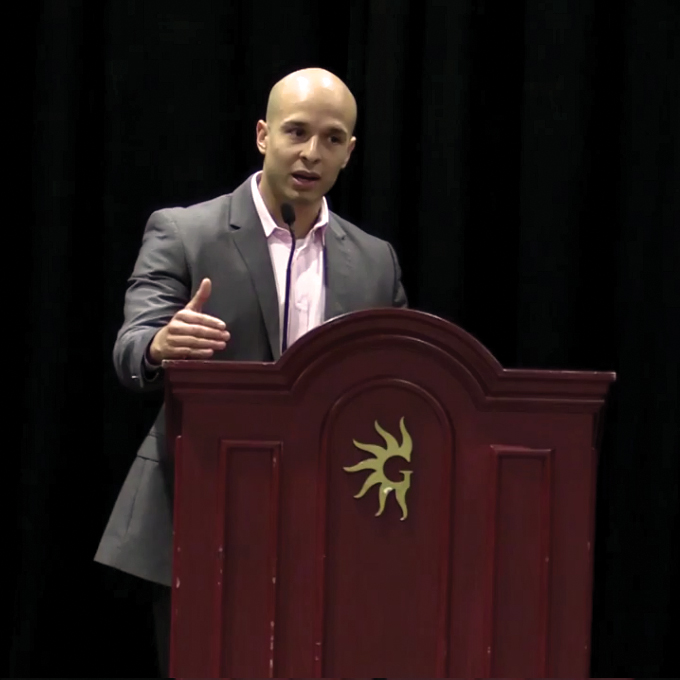 Daniel Perez of DPV Transportation Worldwide • Failing to Plan Is Planning to Fail: This is a pretty common trope, but it was never truer in Perez’s case. Without a plan, a clear guide on how he could achieve his goal of a $15M company, he says he never would have been able to do it. He suggested using this trick to envision your best company: Imagine yourself in three years after achieving your goal. What infrastructure was needed? What steps did you have to take? What did you have to give up or walk away from? That is the core of the plan.

“I’m always working the plan,” he said. “Where do you want to be in five years? How do you know how to get there without having a roadmap, the right infrastructure, and a measure of how to make it happen? I want my business to run like a machine, with all the parts firing together, and that was working the plan.”

• What Is Your Business Model: After taking a long look at his business, Perez realized that a lot of his work—nearly 80 percent—was in-bound affiliate work. “I was chasing after volume and working my butt off, but I wasn’t truly making any money,” he said. “While I was grateful for the work, and still continue to do affiliate work, I realized that I was chasing pennies, and everyone else was trying to be cutthroat to make those pennies. Building a business around in-bound affiliate work is selling discounted rides from day one. Those relationships are, of course, important, but you can’t build your entire business around it.”

Instead, he changed his mindset to focus on the quality of work he would take over quantity—and in the process, found sustainable and profitable sources of revenue. For him, he shifted his focus to roadshows and, more recently, shuttle work.

• Put Your Ego Aside: Perez carefully considers a vehicle and its ability to drive revenue before adding to his fleet. That expensive sedan that you drive to work more often than use as a fleet vehicle sure is nice, but is it worth it? Are you in the business to show off how many cars you have, or are you in it to make money?

• Know Your Numbers: Perez said that he is a huge believer in system and procedure, and more importantly, a way to measure and quantify success—which starts with the numbers. If the plan is working—developing the right team, having sales projections, and maintaining a good infrastructure to execute the plan—then it frees him to work on building the business instead of working in the business. 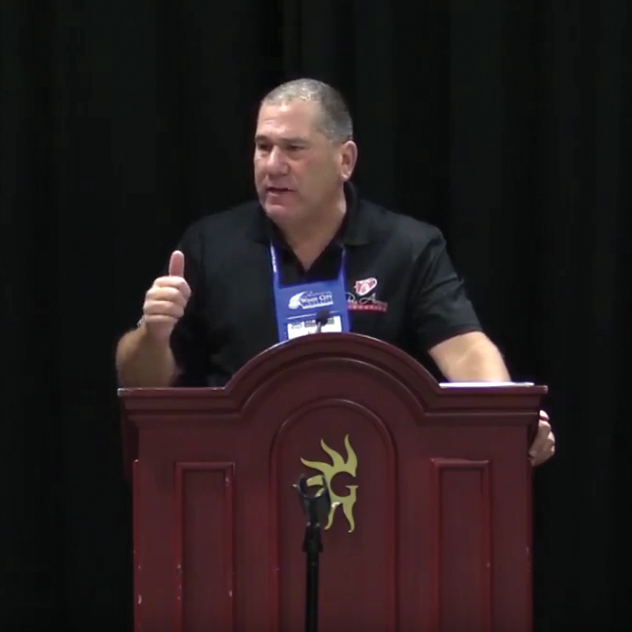 Alan Candeub of Park Avenue Limousine • Surround Yourself With the Right People: This step is less about asking what successful businesspeople do and emulating it and more about adopting their way of thinking. The most successful people in any business are the ones who are always looking at something differently and using that thing in a unique way. That type of thinking is contagious. Conversely, make sure that you give back by mentoring those smaller businesses that want to get to that next level—be the encouragement that they need.

• Make Yourself Uncomfortable: It goes without saying that growing your business means taking risks, but it’s easier said than done. Trust your team, calculate the risk and potential loses, and give it an honest chance to work—but know when to pull the plug before it drags the rest of your business down. You might be pleasantly surprised.

• Be Authentic: People like to work with people whose company they enjoy. Don’t try to be something else that you compromise why your current customers like you in the first place.

Idea 2: Cashing In on a Not-at-Fault Accident
For the past 25 years, Alan Candeub, president of Philadelphia-based Park Avenue Limousine, has been making not-at-fault accidents work for him by recouping losses through loss of use and diminished value coverage. He explained how he does it during the 2018 Chauffeur Driven Show. You can also read about this in more detail on page 50 in “Maximizing Your Recovery From Not-at-Fault Accidents.”

When your vehicle is involved in an accident, you are legally entitled to collect in two key areas that the insurance company will definitely not include or volunteer to pay: Loss of use (LOU) applies when a well-insured individual hits you and you can recover the lost revenue while the vehicle is out of service being repaired. Diminished value (DV), on the other hand, helps with your resale value. Vehicles involved in an accident, even if made whole, will command a lower resale value, and DV bridges that gap.

These claims can be handled in one of three ways: Do it yourself, work with the insurance company, or hire a third-party administrator (TPA). Candeub has been doing this for a long time and considers himself organized and patient enough to act on behalf of his company, so he chooses the DIY method with great success. You can read more about the benefits or downsides to each method on page 50. If you choose to outsource to a TPA, Candeub says to expect them to collect up to 50 percent if the claim is extremely complicated or drawn out, although 30 percent has generally been his experience. Also, depending on your state, these claims can be opened even after the payout has been settled. Check your state’s statute of limitations for more information.

“Insurance companies are in business to pay the least amount possible on a claim, and I’ve heard it all, so I have some prepared responses. If they say that they don’t pay LOU, I show them the other claims where they did pay over the years and remind them that I’m entitled to it by law. When they ask me to prove that I lost revenue, all I have to do—and it’s very accurate—is to prove to them what that vehicle generated for me in the last six months or a year. And when they offer to provide a rental, I tell them that our cars have GPS and airport placards so a rental won’t work for me,” said Candeub. “Also, don’t let being considered partially at fault stop you from trying to collect the claim. If you’re ‘20 percent at fault,’ 80 percent of the claim is better than nothing. You have nothing to lose.” He has four steps to determine if LOU and DV are worth the fight.

Step 1: Document the Scene. Candeub says the police in his market will only respond to the scene of the accident when there is personal injury, so he has to rely on his team for the due diligence after an accident. He recommends to get a police report in all accidents (if possible); take a picture of the other driver’s license, insurance card, license plate, and registration; and photograph the surrounding area.

“The second that the other driver says, ‘Oh, I’m so sorry...’ write it down because they are incriminating themselves that they are partially or totally at fault,” said Candeub. Likewise, he instructs his chauffeurs NOT to say this when involved in an accident so that fault is determined by a third party.

Step 2: Deal Directly With the Claims Department. There are a lot of uninsured and underinsured drivers out there, and this is usually when Candeub decides if he will pursue a LOU or DV claim. If the insurance company isn’t reputable, or the at-fault party is underinsured, you have the right to sue the driver, contact the state department of insurance, or stop the process altogether—and he generally opts for the latter. As he said: “You can’t get blood from a stone, and there’s a good chance that you’ll end up with a judgment on which you can never collect.”

Step 3: Documenting Your Revenue. If you decide to proceed, you’ll be asked to provide paperwork to back up your claims of lost revenue. When determining your figures, Candeub recommends using the busiest months of the year as your starting point, plus he includes surcharges like tolls, fuel, and gratuity, and lets the insurance company decide if they want to exclude it. This is a negotiation process. 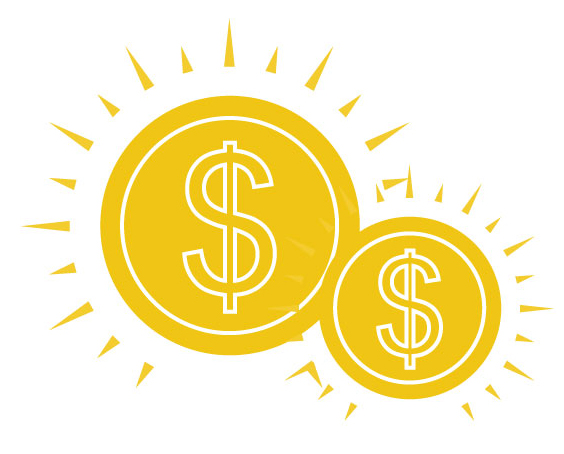 DO:
• Use accurate actual numbers
• Use samples to best suit your objective
• Use a print-out of the vehicle’s run history that can be verified—the insurance company wants to know that you are an organized and viable business that can back up everything that you are saying

Step 4: Persistent, But Reasonable. The LOU period is considered from the day of the accident until the vehicle has been returned to you or totaled, whichever the case. You can collect LOU and DV on a totaled vehicle, as well. Sometimes, insurance companies will claim that a repair only takes a certain number of days and will only pay LOU for those allotted days, but what can you do if the vehicle hasn’t been returned in that period of time? Candeub will push back if it’s a matter of the repair facility dragging its feet or the parts are unavailable, but he’s also reasonable. Remember, it’s all a negotiation. Keep your emotions out of it and treat it like a business transaction.

Will you have to go to court? Maybe, but Candeub has been required to appear in court 21 times in 25 years and has won every claim, plus legal fees and other costs associated with it. In fact, most claims were settled right before court date.

Do you have a great idea that most operators overlook to make or save money? We’d love to hear about it! Share your ideas on our Facebook and Instagram pages.   [CD0219]