Editor’s note: This article has been adapted from the Getting Up to Speed With Bus Compliance seminar, which was presented by Tom Bray of J.J. Keller and Bedford Wynne of Wynne Transportation at the 2018 Chauffeur Driven Show. The entire session, as well as seminars from prior years, can be viewed online at cdmediavault.com.

At the recent 2018 Chauffeur Driven Show, it was clear how much industry fleets have augmented in recent years. Motorcoaches and minibuses dominated the exhibit floor, and the biggest questions asked of industry insiders involved the murky waters of DOT compliance.

In a session moderated by Jason Sharenow of Broadway Elite Worldwide and presented by Tom Bray of J.J. Keller and Bedford Wynne of Wynne Transportation called Getting Up to Speed With Bus Compliance, the gentlemen used their years of experience in the motorcoach world to identify some of the most frequently misunderstood issues with DOT compliance and offered their suggestions on how to resolve them.

1. Take the New Entrant Audit Seriously
After getting your DOT numbers and your For-Hire Authority application approved, your company will be put on the New Entrant list and will be subject to an audit within six to 18 months. This first-time audit is intended to make sure you’re transitioning your organization into one that embraces DOT compliance and that you have a handle on the regulations, but it shouldn’t be taken lightly.

“The DOT inspector is there to make sure you’re going down the right path; he’s not there to kill you,” said Sharenow. “But certainly when you get that compliance review in year two, if you’re not spot-on, then be prepared for the potential of heavy fines.”

“It is an educational audit, but there are 16 auto fails,” warned Bray. “Not having drug testing in place is a big one.” He said that all operators are also subject to special monitoring, where the Federal Motor Carrier Safety Administration (FMCSA) is tracking your roadside inspections and keeping a tally of your violations. If you start getting frequent violations and are being put out of service more often than the bulk of the industry, he said they’ll come a-knockin’—even if it’s only been two or three months since your last audit. Make sure you are checking your records in the Safety and Fitness Electronic Records (SAFER) system regularly, where the results of all your roadside and terminal inspections are detailed.

2. “It’s an Ongoing Learning Process…”
Like any governmental requirement—think IRS—it is theoretically possible for a company to tackle compliance issues within the organization, but it’s generally best to seek a professional who is intimately familiar with the ins and outs of the regulations just as you would an accountant for your tax returns. Even if you employ a full-time team member who is responsible for managing all these records and moving parts, it’s in the company’s interest to have a guiding hand, at least during the first few years of entering DOT passenger carrier work. 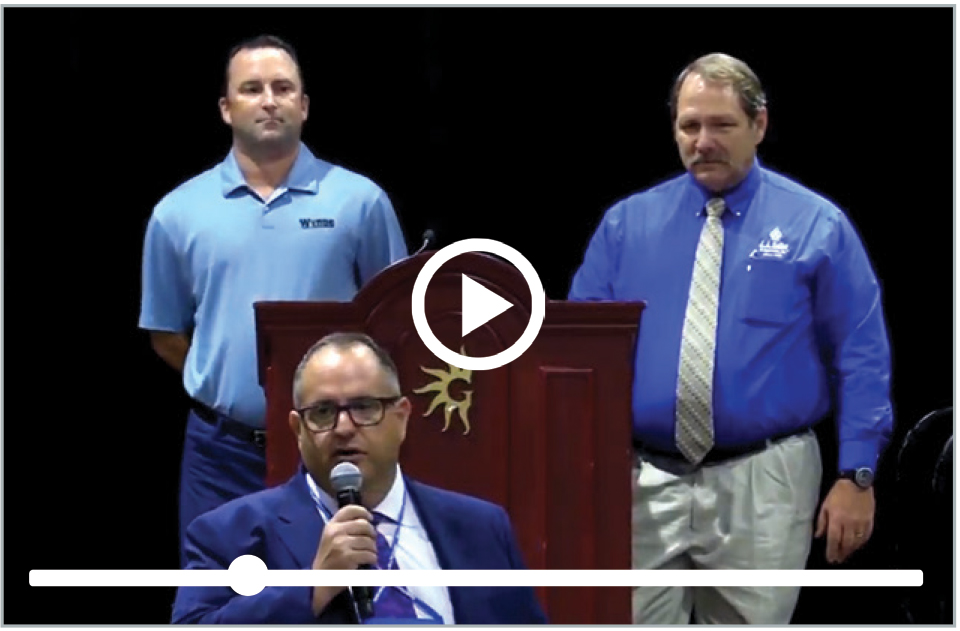 L to R: ­Bedford Wynne of Wynne Transportation, Jason Sharenow of Broadway Elite Worldwide, and Tom Bray of J.J. Keller Wynne said that he relies on an outside consultant to ensure that files are up to date and correct, dispatchers and other staff are up to speed, and to have them sit in on safety training meetings. The consultant will also be on hand during DOT audits, which can be a nerve-wracking process for any operator.

“You can have three different people read the [regulations] and everyone will have their own interpretation,” said Wynne. “Being able to have the resources to draw on somebody who has the answers—or can at least find them—has been a very big value for us.”

Sharenow agreed. “I can’t encourage you enough to engage a professional who can help you manage and navigate those waters. There are so many wormholes you can go down and get yourself in trouble. It’s an ongoing learning process for everyone.”

3. Consider Separating DOT and Non-DOT Vehicles
DOT Authority is foreign territory for many operators, and most will simply fold their coaches into their existing fleet, despite a distinct set of rules that governs these vehicles and drivers. You might want to consider separating the DOT-regulated vehicles under a new company.

“Office staff have to recognize the rules and know what’s in the FMCSA book in order to operate properly,” said Wynne, which he added is especially tough on dispatchers who have to account for a vastly different operating environment than sedans—including additional time to prep the vehicles to ensuring that the driver doesn’t exceed their hours of service and everything in between. When coaches became a part of Wynne’s fleet, he said that he made the decision to split the vehicles into companies.

It was a no-brainer for Sharenow when he decided to add coaches to his service: In his case, he purchased an existing coach company that had longtime experience with DOT compliance. He chose to keep the companies separate.

4. Don’t Assume Your Passenger Count
Many years ago, Sharenow purchased a used minicoach that he was told was rated for 14 passengers. So, he followed suit with how the previous owner had registered it. Then came the surprise DOT roadside inspection.

“I registered it as a 14-passenger and we were only carrying 12 at the time, so I didn’t think it would be an issue until they got into the bus and started measuring seats. They measure 18 inches per person, even if that’s not realistic. It turns out that the vehicle should have been registered as a 20-passenger.” The bus was immediately put out of service.

5. Always Check Your Local Regulations
Regulations are highly company specific, and depend upon the location of the headquarters, size of vehicle, and distance that the coach travels. For example, some services that are located in a massive state like Texas might be able to remain legal within the 100-air mile exemption, where the vehicle must stay within 100 air miles of the base and return to the same base within 12 hours. Other companies with vehicles that regularly cross state lines will have to follow the traditional hours of service. In both cases, drivers are limited to 10 hours of driving per day, with a consecutive eight-hour rest period. A company is always subject to federal DOT rules when engaging in interstate commerce. 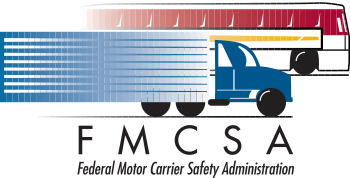 However, state rules may be more restrictive than federal, and it’s the operator’s responsibility to know those rules when entering that state. For example, New Jersey requires that an 8-passenger or more coach is driven by a CDL driver. As another example, New York drivers must carry their medical card on them at all times, while federal regulations allow for electronic verification through the DMV.

“It’s rare that I come away from the Northeast with glowing records,” said Wynne about his trips to that part of the country. He also knows that he’s a target for DOT inspectors because of his out-of-state tags. “It’s their job to find something wrong, no matter how small,” he said about the inspectors. “They are just doing their job.”

6. Driver Medical Records
Your healthiest—and likely youngest—drivers may be issued a medical card that expires in two years, but Sharenow said that it’s getting rarer and rarer. The longest period a medical card is valid is two years, but don’t assume that your drivers are getting that. Many, if not most, have health issues, are older, overweight, or smoke, so they will likely receive a card that’s valid for six months or possibly less, depending upon severity of their health crises. Many may be required to undergo additional exams.

“The days of getting the two-year card are almost non-existent today. They’re going to measure your driver’s neck, and anyone who has an 18-inch or larger neck is going to be flagged for sleep apnea and blood pressure,” said Sharenow.

Medical exams are to be completed by physicians who have qualified for the National Registry of Certified Medical Examiners, and it’s your responsibility to ensure that the doctor is still on the list. You can check if your doctor is registered here: bit.ly/2MMntCm.

A copy of the medical certificate must be kept in the Driver Qualification File (DQ), but must also be delivered to the state’s driver’s licensing agency. Each state has its own requirements for submission, but Wynne recommends hand delivering the certificate to the DMV directly. He said he almost lost his CDL after a paperwork slip up.

“I received a notice that my license was downgraded,” he said. After some groveling and some goodwill by the DMV agency officer, Wynne was able to reinstate his CDL without having to go through the time-consuming road tests. “If even a page is missing when faxing your medical certificate, the DMV will likely not call to alert you and you could be downgraded like I was.”

Bray suggests that drivers carry their card for up to 15 days, but—to be sure it’s been processed electronically—for operators to check their drivers’ abstract online on the thirteenth or fourteenth day. Fines can be substantial for any driver without a valid medical certification.

On a final note, regulations are often updated, and notices of any changes are posted online at fmcsa.dot.gov/regulations/notices. There were more than 20 updates in February 2019 alone, so be sure that you and your employees bookmark this site and are regularly reading.   [CD0319]