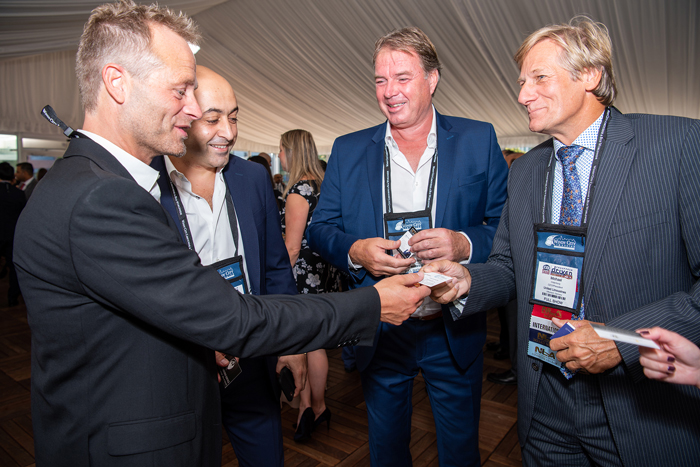 Great things happen at Chauffeur Driven shows: new relationships are made, old ones are revitalized, educational opportunities are everywhere, and ideas are exchanged from morning ‘til ... well, the next morning, if your best brainstorming happens after hours.

Our Boston show this past fall was no exception. And for a coterie of international operators hailing from all over Europe, convening in one of America’s oldest cities was the perfect opportunity for a long-percolating idea to finally come to fruition.

The European Passenger Transportation Association (EPTA) is one of the newest trade organizations to bring together regionally proximal operators, and its official origins are evidenced by a piece of paper bearing the inscription “Boston 2019” undersigned by nine signatures.


The People Behind EPTA
While the formation of the European Passenger Transportation Association (EPTA) has been a decade in the making, many of the same people have been part of the conversation since the beginning. The association currently includes:

“We had a meeting at the hotel: We sat down, started to discuss it, and decided to establish the association right there and then—and I still have the document with all our names on it to mark the beginning,” says EPTA Executive Director Kevin Reiss of Superb Chauffeured Services. “It was funny that it happened in Boston, and I told the guys that Boston is basically where America started, too.”

You can visit the newly launched epta.eu.com for more information about the ­industry’s newest ­association.
Reiss, along with Stephane Bombeek of Modern Car, Colin Devine of Devine’s Worldwide, Anastasios Korovesis of Limo Tours, Karim Maachi of Cardel Global, Claudio Neag of Mondo Limousine Worldwide Services, Michael Oldenburg of United Limousines, and Ralph and Robert Van Delden of Van Delden Limousine Service are the far-flung charter members of the continental association who have spent years hashing out everything from objectives and bylaws to dues structures and website domain names. Because, as anyone who’s gotten an association up and running can attest to, there is a lot of work to do when you’re building an organization from the ground up.

“This was actually 10 years in the making,” Reiss says. “Most of the key players have been part of the conversation since the beginning—some operators have left the industry and new ones have joined—but it’s been mostly the same group of people who’ve been talking about starting an association for European operators for the past decade.”

After formalizing the association’s founding members in October of 2019, EPTA was officially established two months later through the European Commission in Brussels, the continent’s administrative capital. And after years of conversation and planning, the EPTA’s goals, purpose, and future are clearly and well defined.

The association’s mission statement includes a veritable roster of objectives that range from internal focuses like strengthening the unity of European operators and encouraging smaller companies to get involved to more external initiatives, like lobbying for the industry by appealing to European Union authorities and enhancing the visibility of European passenger transportation.

But, according to Reiss, Uber and other TNCs are considerable pain points that merit high priority for Europe’s passenger transportation operations, even if their ilk has been banned from operating in certain locales throughout the continent.

“What Americans face with TNCs, we also have that in Europe, even though there are some cities and countries where Uber can’t do work anymore. We need to defend the interests of chauffeured transportation—really all of ground transportation—against companies like Uber, definitely,” he explains. “If Uber followed the same regulations as all the other companies have, there wouldn’t be any problems. There is still a lot of tension between taxi drivers and Uber here, so that also has to be taken into account. Appealing to the authorities is why we decided to do this in Brussels: The only place we can really lobby is the European Commission, and that’s in Brussels. That’s Europeans’ Washington, D.C.”

As battling TNCs for years has taught the industry, our voice is louder, our unity is more apparent, and our arguments are more persuasive with every person who joins the fight. And that’s a considerable reason why one of EPTA’s most pressing goals is to reach out to passenger transportation companies both in under-represented markets and that might feel they’re too small to make a difference: Every voice matters, and every member makes a difference.

This is your chance to be a part of this ­historic first-ever meeting! Get to know the EPTA founding members and see what the association is all about when it convenes in Las Vegas on Monday, February 24 from 8:30am - 9:45am 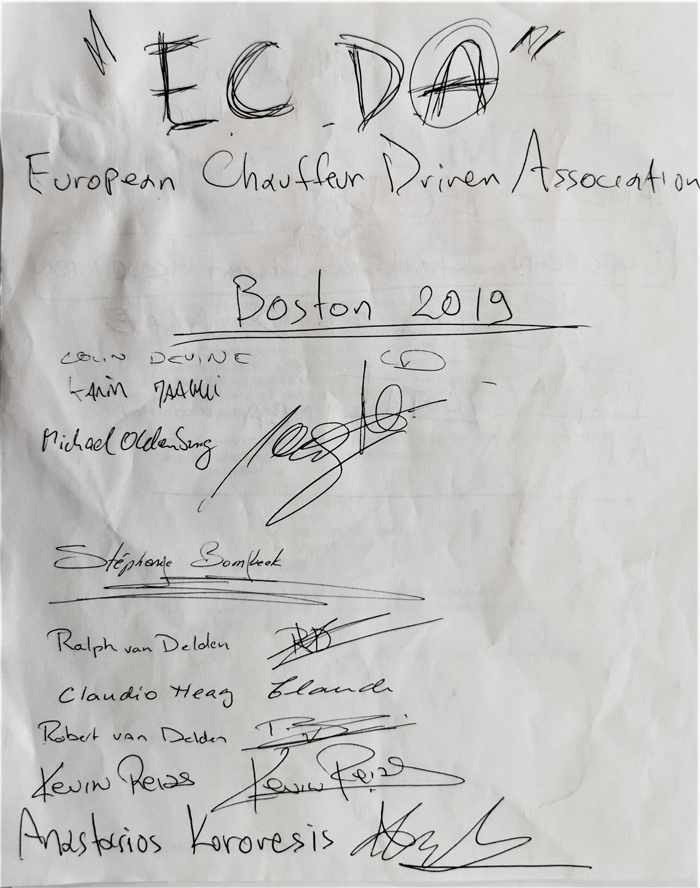 He adds that it’s easy for European operators to feel isolated, given how the vastly different service expectations and standards from country to country contributed to a divide among the continent’s transportation providers: “Up to a few years ago, Europe was still very separated, going in different directions, defending each country and its ideas. You didn’t see the same service mentality in each country. It’s gradually changing now but that’s a lot of what we’ll be doing.”

In fact, part of EPTA’s long-term plan involves the standardization of European chauffeured car services, which is an item that Reiss describes as “not at the top of our list, but an issue we do need to tackle.”

“What will definitely be done is establishing a code, a standard, so that whether you get a car in Paris or Madrid, you’ll get the same kind of service in Boston or Dallas or New York and the international traveler won’t be seeing a big difference,” he says. “Each country will still have that regional signature to it but we will eventually establish a certain consistent quality for European passengers.” 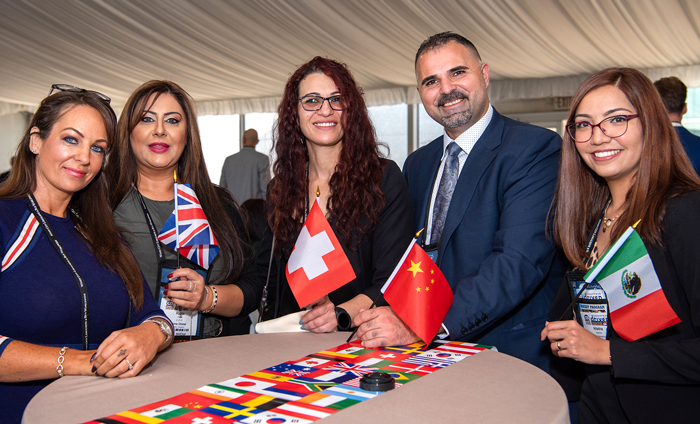 The formation, current plans, and future goals of the EPTA will all be discussed in detail at the association’s first-ever meeting, scheduled for 8:30 a.m. on February 24 during the CD/NLA Las Vegas Show. Reiss says that all are welcome to attend the meeting: As the NLA has a primarily North American membership base but invites anyone from around the world to get involved, EPTA will similarly extend membership opportunities to operators and vendors the whole world over.

The momentous meeting will include an introduction of the association, including its aims and the story of its long-gestating debut, as well as an opportunity to meet the EPTA Board and founding members. Reiss plans to expound upon why the association will become a powerful ally to the industry, market, passengers, and affiliates it serves, and anticipates a panel discussion regarding service. Ultimately, the meeting will provide a seamless segue way into the international session’s panel and open discussion immediately following, which will be led by charter EPTA member Colin Devine of Devine’s Worldwide Chauffeured Services 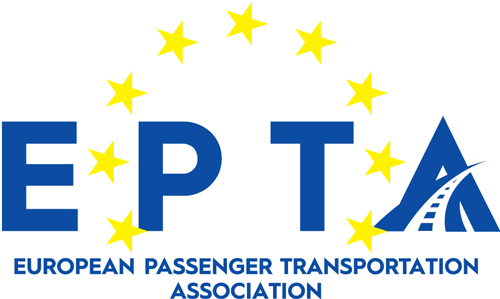 And, of course, the Monday morning meeting will also provide the perfect opportunity for any interested parties to come see what the EPTA is all about, attend an inaugural meeting that will surely be fondly remembered for years to come, and help support European operators.

“There are a lot of Europeans and South Americans and Asians in the NLA, and we’re looking to operate like that, too,” Reiss says. “We’re very open to new members, so anybody who wants to join the association can: The more people who know about the EPTA, the better it is and the stronger we all are.”