Dilemma:I just don’t have time to do the things I need to do. I get in early, leave late, but still have a ton of things on my task list. I know we’re all busy and that’s as it should be. But I feel like I’m drowning. What can you suggest? 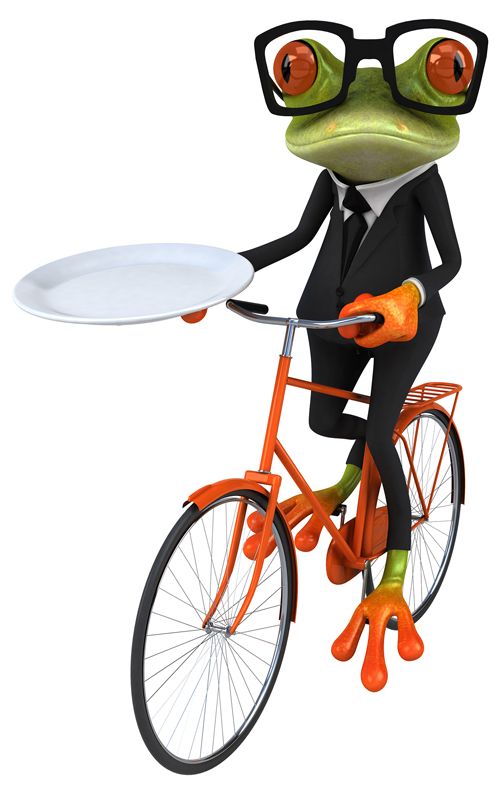 Thoughts of the Day: Start the day with one of your biggest, baddest, and most important to-do’s. Set realistic expectations. Organize based on importance. Hire to your weaknesses. Learn to delegate effectively.

Begin with a really important, really ugly, really overwhelming task. Get it out of the way while you’re fresh and the rest of the day will seem easy: The writer Mark Twain once said that if your first task of the morning is to eat a live frog, you can go through your day knowing that’s probably the worse thing that is going to happen to you all day long. Your “frog” is your biggest, most important task, the one you are most likely to procrastinate on if you don’t do something about it.

Decide what’s urgent, what’s important, and what are squeaky wheels that can be oiled later down the line. Compare the time you realistically have available versus the time needed to tackle the most urgent and important items. Consider letting some tasks sit, as many things can fall away without consequences or may even get resolved without needing additional action if you stay out of it.

It is crucial that you are realistic about what you can get through. How much can you safely delay digging into? How many more tasks might roll onto your list as the week unfolds? Avoid the temptation to commit to 10 hours of tasks in an eight-hour day.

Most business owners work at home as well as in the office, especially in this 24/7/365 industry. Where and when will you be most productive? Plan what’s best to take home and what to tackle in the office. And don’t waste time throwing things into your briefcase to carry home just to bring them back the next day untouched.

What gets in the way of accomplishing tasks and how can you minimize their effects?

Interruptions: Put a “do not disturb” sign on your door for a period of time.

New requests: Have someone handling those new items that pop up unexpectedly but require immediate attention, diverting as much as possible to other people according to their strengths.

Procrastination: Discipline yourself to sit and work efficiently for a solid block of time. Remember that lack of expertise often masks itself as procrastination, so identify the expertise needed, hire it, and delegate the work to them.

In operations, prioritize improving work processes and quality, eliminating costs, and reducing breakdowns and waste. Prioritize hiring, training, and retaining employees with key assets for the future. Make sure positive cash flow, growing cash reserves, and staying in budget are all on your to-do list.

Get ahead of the problem by thinking about the long term. Build a far-seeing plan with sales and expense forecasts. Give priority to solving the big long-term issues that will eliminate short-term problems.

Many business owners make the mistake of hiring people who are just like them. Instead, look for people who complement you—they’re the ones who are good at things you’re not. Build a well-rounded team of people who can handle things you don’t want to, can’t get to, or aren’t good at doing.

Keep lists of items you’ve delegated to team leaders and other staff, including dates due. Set up calls or email to touch base with each person who owes you something to find out who’s on track and who’s getting buried.

Hold people accountable for completing tasks on time. Give them the opportunity to express concern upfront when tasks are handed to them, but don’t tolerate excuses when due dates roll around and tasks still are incomplete. Find out who you can count on, and who needs additional training, more assistance, or replacement. The more productive and accountable your team becomes, the less will land in your lap.

Andi Gray is the founder of the Business Consulting Firm Strategy Leaders. She can be reached at andi@strategyleaders.com.