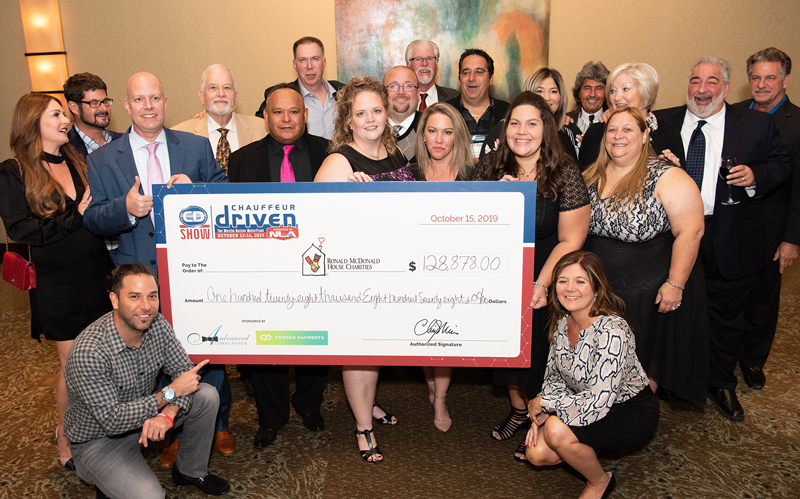 When it comes to philanthropy, our industry has so much to be proud of: Whether it’s helping to make a sick child’s wish a reality, collecting canned goods for a local food bank, organizing a companywide team to raise money for a walk-a-thon, or quietly donating money and/or time to help out an industry friend or colleague in need after a natural disaster—not to mention association fundraisers such as golf tournaments—the benevolent efforts of chauffeured transportation operators and vendors are impressive. Above all else, this highly collaborative industry remembers to take care of those who need assistance the most.

Giving back has always been an integral component of Chauffeur Driven’s fall shows since our inception. So, upon partnering with the NLA to co-produce an event in Las Vegas this February 23-26 at Mandalay Bay Resort, we were thrilled to become a part of one of the association’s—and, really, the industry’s—most enduring and storied charitable endeavors, the Harold Berkman Memorial Fund. When operators and industry supporters join us for the Awards Dinner & Charity Auction at the CD/NLA Show this February, they can be rest assured that their donations will be allocated to some pretty terrific causes. 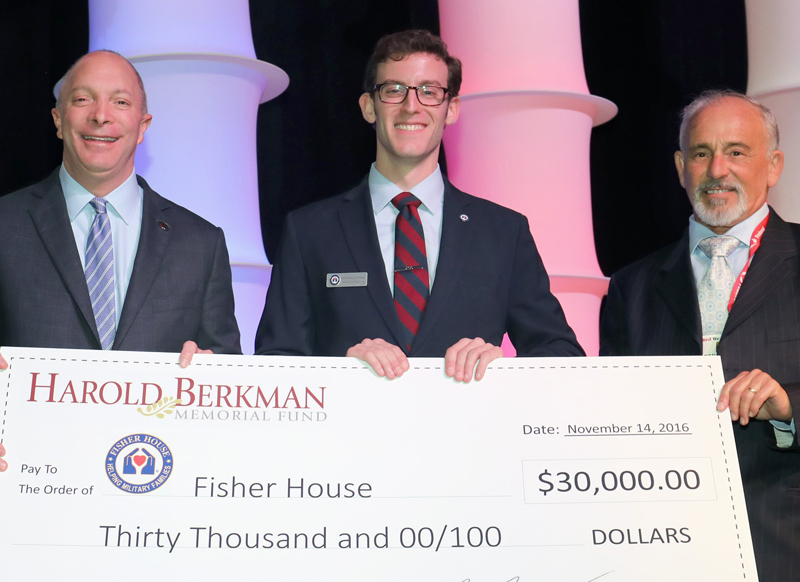 The Story Behind the Fund
The Fund has a distinguished history that dates back to 1996. Originally launched as the NLA Charity Fund, it was renamed a year later to celebrate the life of Music Express founder Harold Berkman, who passed away in October 1997. Berkman, in addition to running his successful family-owned operation, was a founding member of the NLA and served both as its president and on the board.

The friendly and cooperative nature of chauffeured transportation is the accepted norm today, but operators like Berkman were living in volatile times during the ’80s and ’90s when nascent standards were being placed on the industry for everything from vehicle safety regulations to minimum insurance requirements. Berkman recognized that a unified front was stronger than a disjointed one, and he made it one of his top missions as a leader in the industry’s national association. Not surprisingly, Berkman was also an early adopter of the affiliate model.

"Dad always believed in giving back; it was very important to him to be generous to others. To have his name attached to something that is so meaningful to so many is just a gift to our family and his legacy." Cheryl Berkman, CEO of Music Express 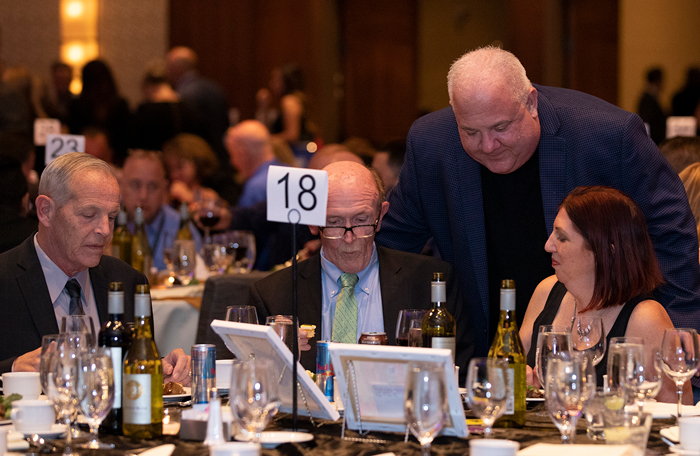 But Berkman was more than just a business leader and a devoted family man: He was a pioneer in chauffeured transportation. Perhaps equally important as Berkman’s passion for the industry was his philanthropic streak. His NLA colleagues recognized his efforts and unanimously voted to rename the 501(c)(3) organization in his honor.

Berkman’s daughter Cheryl, now CEO of Music Express, told CD in 2014: “Dad always believed in giving back; it was very important to him to be generous to others. To have his name attached to something that is so meaningful to so many is just a gift to our family and his legacy. This company was the apple of his eye.”

Continuing the Legacy
More than two decades later, the Fund that bears Berkman’s name still stands strong as the charitable arm of the association. The Fund—through the efforts of the NLA Board and Charity Fundraising Committee, generous operators and vendors, and NLA staff—has collected and distributed more than $1M to charities such as the American Cancer Society, City of Hope, St. Jude Children’s Research Hospital, National Multiple Sclerosis Society, and Philabundance. The Charity Fundraising Committee, chaired by Robert Alexander of RMA Worldwide, Tami Saccoccio of Commonwealth Worldwide, and Sarah McKee of Chosen Payments, proposes some worthy causes and the matching charities are fastidiously screened by NLA staff. 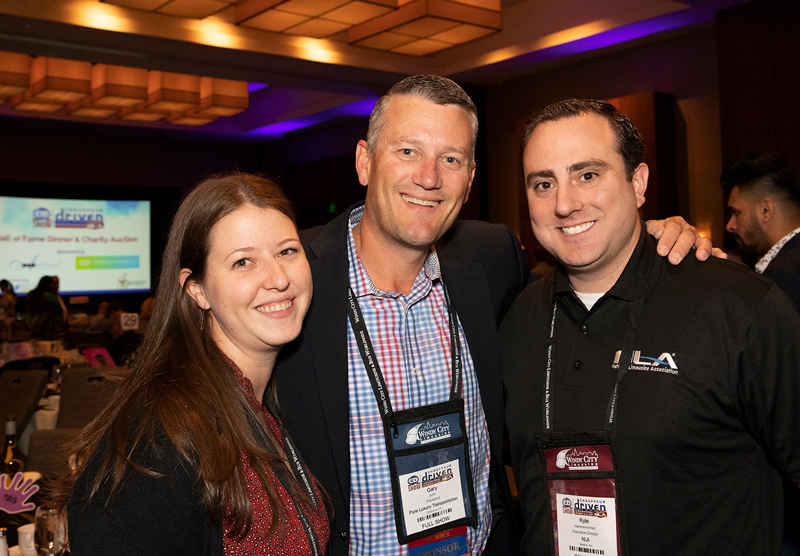 “We try to support a wide variety of interests, whether it’s veterans’ issues, charities that help children, or organizations that provide funding for medical research for any number of diseases,” says NLA Associate Executive Director Sarah Mercer. “The Committee will suggest some charities and we do the behind-the-scenes work to ensure that the money goes primarily toward the cause instead of overhead and administrative fees. They take the whole selection process very seriously. It’s an open and frank discussion where everyone has a lot of input, and from there, the Committee recommends several charities to the Board for final approval.”

“It’s important to the Committee and the NLA that we’re contributing to organizations that use at least 85 percent of donated funds toward the cause as opposed to administrative and marketing costs,” adds NLA Executive Director Kyle Hammerschmidt. 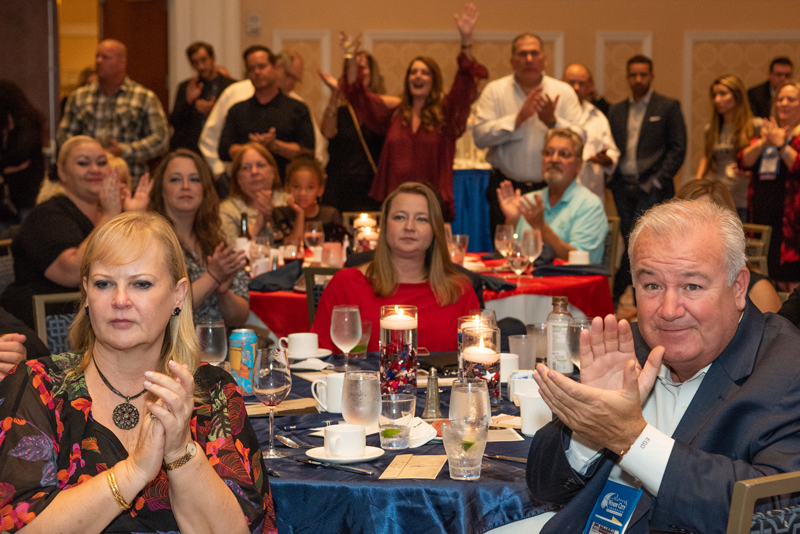 Benevolence in Vegas
Although the Fund accepts donations year-round, its primary fundraising event will take place at the CD/NLA Show on February 25. The elegant dinner event will be held in conjunction with the Driven By Excellence Awards, where we will recognize industry peers in such categories as Chauffeur of the Year, Pinnacle of Safety, and NextGen/Emerging Leader, the elegant dinner event will include a 50/50 raffle as well as a chance for one lucky winner to donate $10,000 to their charity or charities of choice with the purchase of a $100 ticket.

“We’re excited about the show, especially the Charity Dinner,” says Mercer. “It’s using the strengths of two organizations—the NLA and CD—that are dedicated to raising money for important causes, so combined I think this will be an amazing event.” Mercer has been working closely with CD Director of Events Jess Pavlow to make this event possible.

"It’s important to the ­Committee and the NLA that we’re contributing to organizations that use at least 85 percent of donated funds toward the cause as ­opposed to administrative and ­marketing costs." Kyle Hammerschmidt, NLA Executive Director

The dinner and auction will also include representatives from the charities that the Committee has chosen for the evening’s endowment so you’ll have a tangible look at how your generosity is being used for good. The NLA isn’t quite ready to announce their selected charities just yet, but they think you’ll be quite touched when they are announced and presented with donations at the show.

“It makes you feel good to give to the cause, but to actually see and hear where the money goes and how it’s used ... it’s a moving experience,” says Hammerschmidt.

Tickets for the evening, which includes dinner, the charity auction, and awards, are available for $50 per person at cdnlashow.com. The event will be held on Tuesday, February 25, from 8:00pm to 11:00pm. Dress attire is recommended.    [CD0120]