GONE TOO SOON: Celebrating the Lives of Ken and Valarie Carter of Aadvanced Limousines 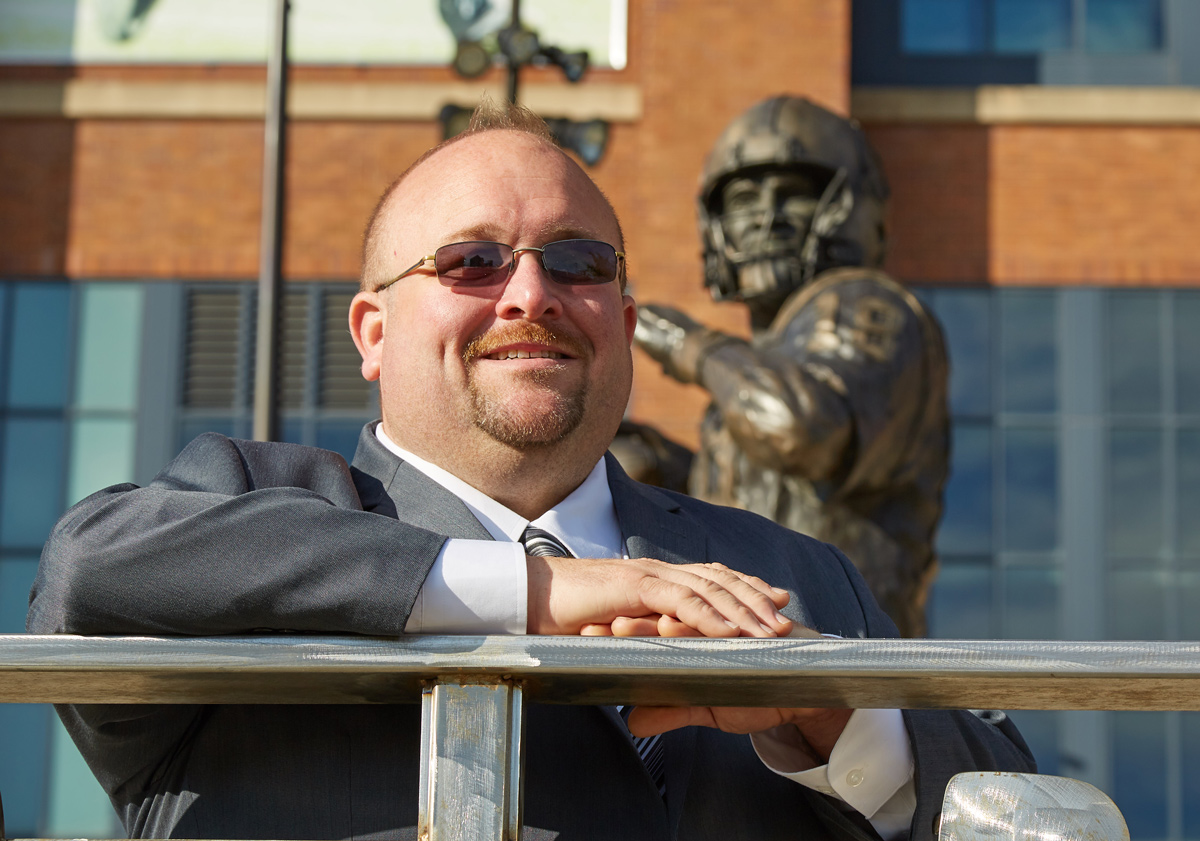 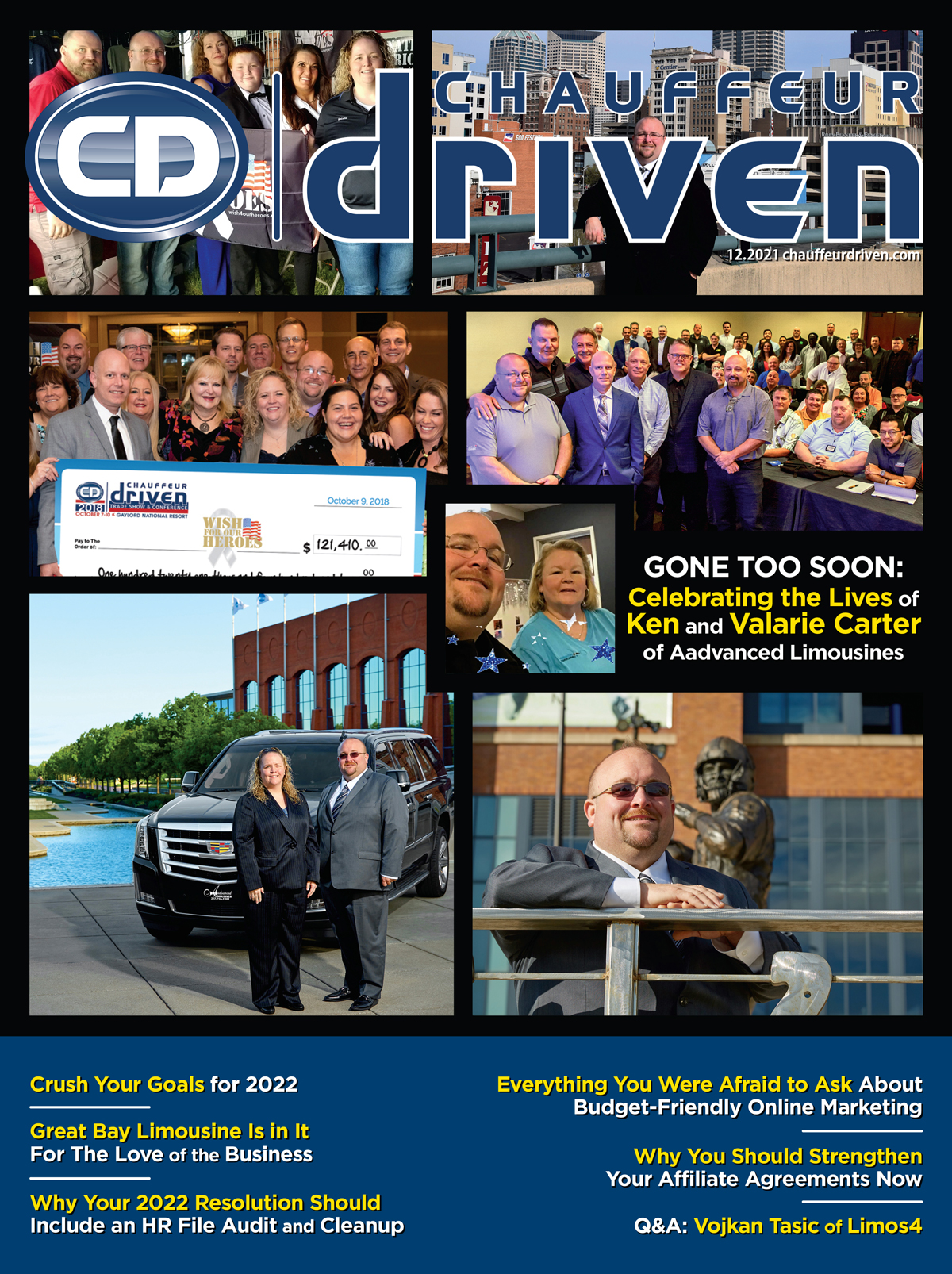 Cover Art:Cover Art: A tribute to the founder of Aadvanced Limousines and his mother, who both passed away on December 6. The #limostrong was on display in Indianapolis as hundreds of friends mourned with the Carter and Aadvanced Limousines family after the sudden passing of Founder and CEO Ken ‘KJ’ Carter and his mother, Valarie, who both passed due to complications of COVID within hours of each other on December 6 at 40 and 62 respectively. It was a fitting send-off to a king of the industry and a helluva guy.

“Kind, helpful, and innovative is how I would describe Ken. He always put educating and helping others at the top of his priorities. Ken’s drive for innovation and knowledge to advance was a big boost for our industry’s technology. Always giving and always there if you needed him,” said Scott Woodruff of Majestic Limo & Coach. 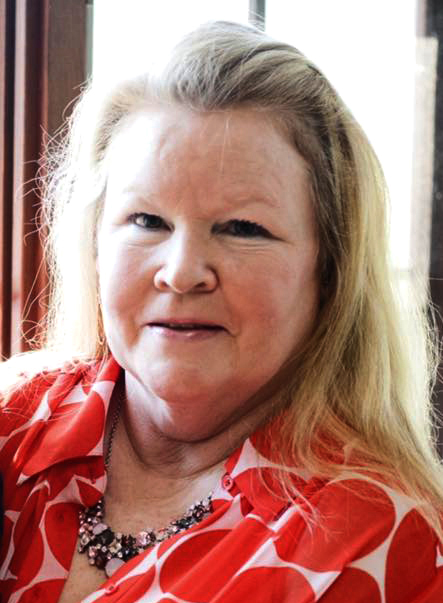 Ken founded Aadvanced Limousines in 2005 as a touching homage to his sister, Kristie, who was struggling to find a limousine company for her high school prom as they were all booked for events happening that weekend (hello, Indy 500). Ken embraced his entrepreneurial spirit, eventually leaving his full-time position as an electrician and building Aadvanced with Kristie over the past two decades. Their mom, Valarie, also worked for Aadvanced. She was known as the “office mom,” pitching in wherever needed to make things run smoother for the team. 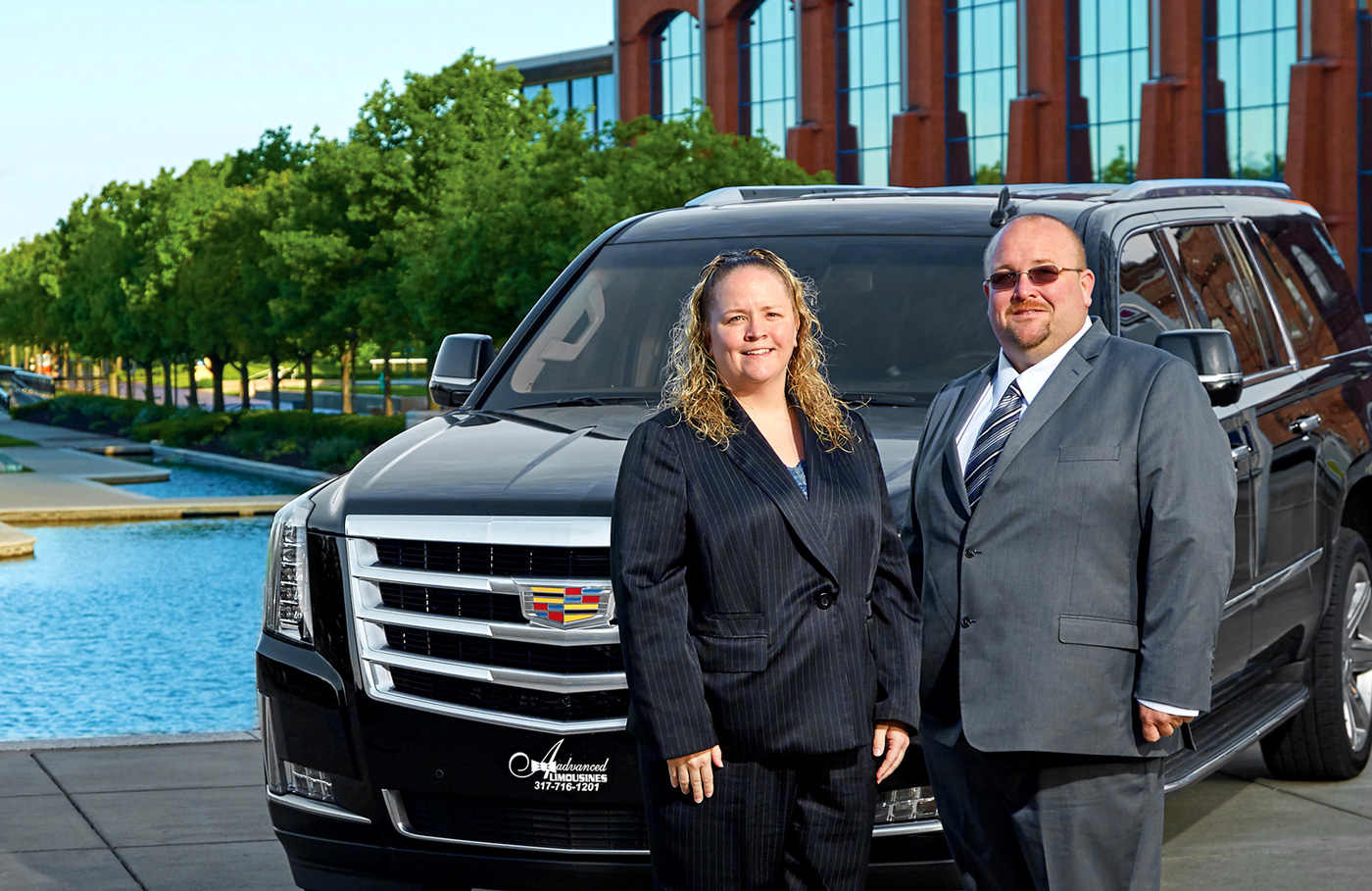 Known as kind, generous, funny, infinitely curious, full of adventure, and passionate about his business, Ken was a regular at the industry shows for the past decade and was a tireless advocate for the National Limousine Association, serving as director for the Central Region as well as on the Technology and Membership committees. He was also a frequent attendee of associations throughout the country. During NELA’s light-hearted Cocktails & Tales Zoom meeting in 2020, he hilariously introduced Homer, his pet cow and a bit of a local celebrity with his own Facebook followers (you can see the comical weekly photos he posted on his own Facebook page). 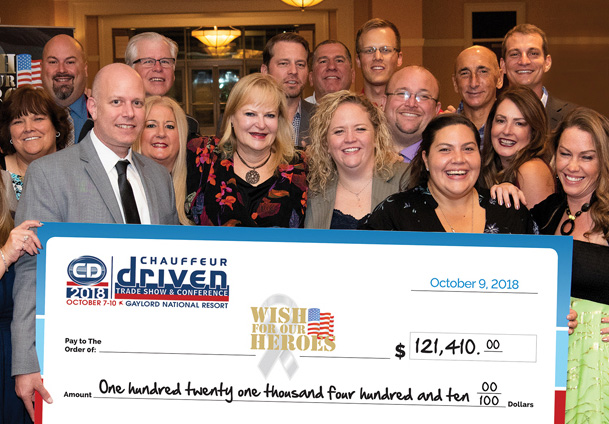 He was always one to step up and offer a helping hand or a little advice. Last year, when COVID was ripping through the planet and no one had any idea of what we would face for the next two years, Ken was out there showing his own vulnerability after laying off staff, but also hustling and motivating and celebrating the small wins with his peers. Dozens of operators across the country proudly posted their #limostrong T-shirts, which were designed and sold by his wife Linda’s company, Carter’s Creations. 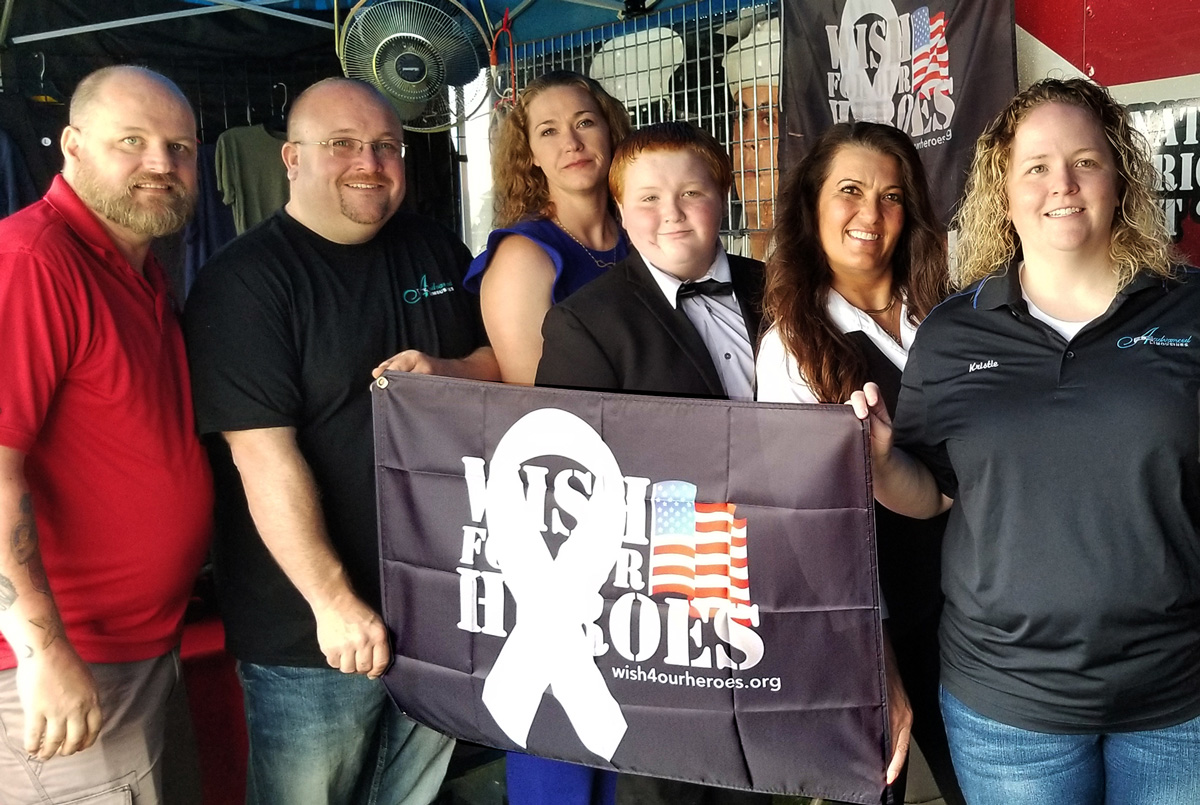 “When thinking about the impact Ken has had on the NLA and this industry, I could write a thousand words, but I could never truly do justice to the man Ken was to all of us and the father he was to his two beloved children. Hundreds of his industry friends have shared such beautiful comments and stories in recent days that captured his spirit and demonstrated what a kind, generous, and impactful friend he was to us all,” said NLA President Robert Alexander of RMA Worldwide. 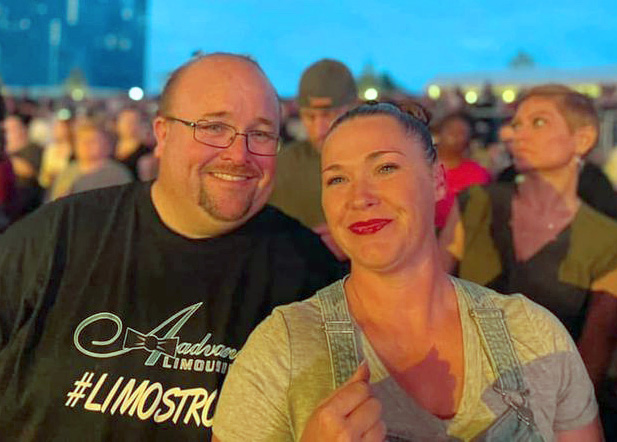 More than just a business, Ken made giving back to his community the cornerstone of Aadvanced. The brother-and-sister team were frequent contributors to the Make-A-Wish Foundation and the Children’s Bureau as well as local animal sanctuaries. Ever the cheerleader of fellow entrepreneurs, including his own wife’s business, Ken frequently gave a shout-out to ­local businesses to help a buddy in need. Aadvanced Limousines was a Charity Sponsor for the Chauffeur Driven Shows from 2016-2019, helping to raise more than $500,000 over the course of four years. In 2016, Ken introduced CD to WISH for OUR HEROES, an organization that helps veterans and their families, and which became the charity of choice for the 2016, 2017, and 2018 shows. 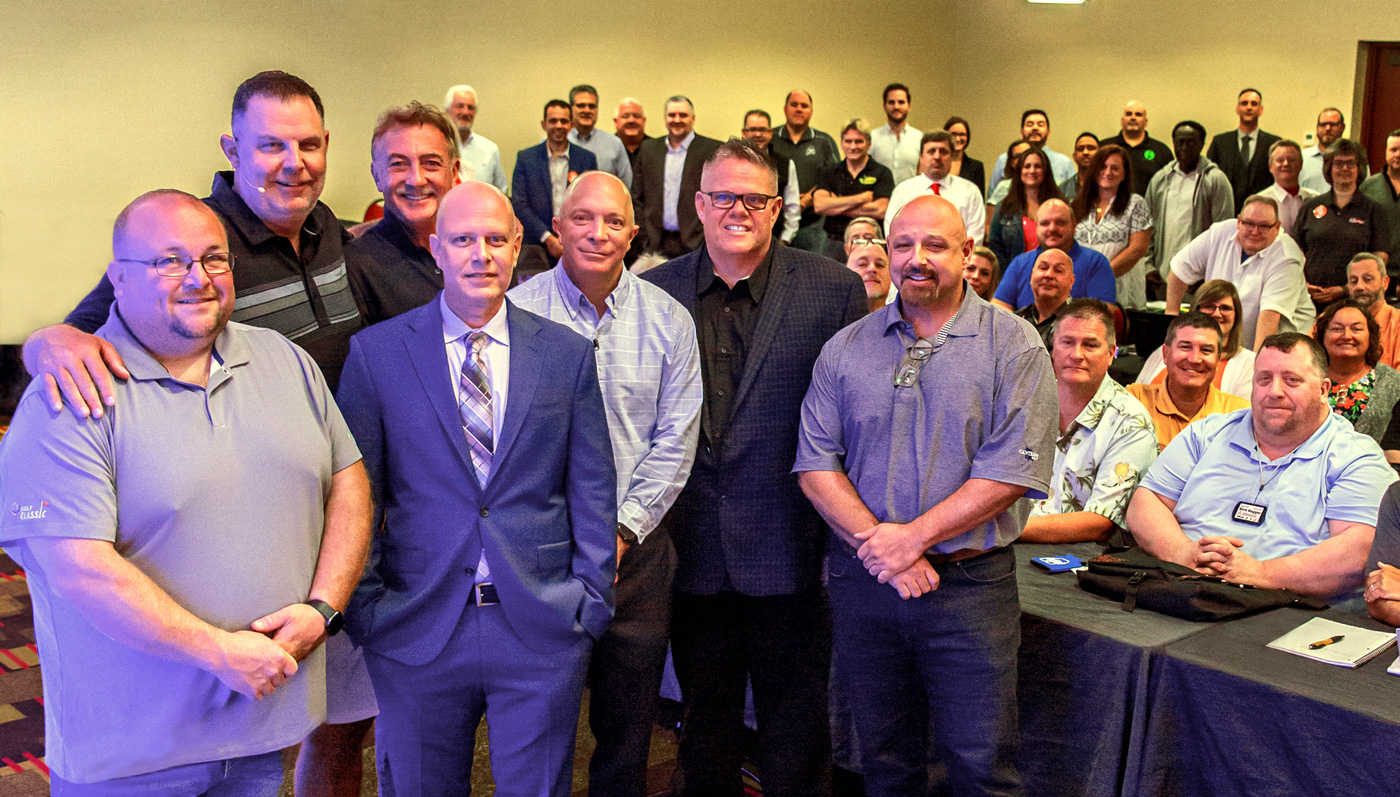 There has been an outpouring of love and remembrances on social media. Some Facebook posts:

“Ken has been an inspiration for me since I met him the first time in Atlantic City at a show. Confident, friendly, and ALWAYS ready to help or just talk. Rest in peace.” — Paul Walsh of Superior Executive Transportation

“Sitting here in shock. Ken is such an integral part of this board. His passion, knowledge, and vision for [the NLA] was such a valuable asset and will be greatly missed. Prayers of strength to the Carter family during this traumatic time.” — Tracy Raimer of Windy City Limousine & Bus

“There’s NO ONE on this Earth MORE genuine, thoughtful and caring than Ken, he was such an amazing friend to me—he was always there for you no matter what! My sincere thoughts and prayers go out to Linda, Dylan, Mekayla, Kristie and their families now and every day going forward.” — David Erdman of ECS Transportation Group

“Ken was an example of how an operator in our industry handled himself both personally and professionally. He was such a sweet man, funny, always made me laugh, but most of all he loved his family. We pray for his family and love you, Kristie Carter.” — Tami Rutter of Commonwealth Worldwide

“I am so saddened to hear this news. Ken was an icon and a good friend. My condolences to the family; he was an amazing man. I will miss his advice and smiling face.” — Darren Croasdale of La Costa Limousine

“A man who truly would do anything for anyone...anytime, a true leader and someone who held the bar when it comes to family ... My heart hurts for his family.” — David J. Sacco of LGE Coachworks

“I’ll never forget you, bud. You were an inspiration to me and many others in the industry! I still can’t believe you’re gone. You always had a way to make whomever you spoke to feel special and ‘I’m proud of you’ was how you always ended so many conversations with everyone. I miss you, bro. May you Rest In Peace.” — Josh Roman of Heaven On Wheels
“We met Ken six years ago, and he introduced us to the amazing folks at Chauffeur Driven,” said Jeff Wells of WISH for OUR HEROES. “He didn’t know our charity well at the time, but he knew we were very passionate about helping military families with basic needs, and that was good enough for him. Over the years, we grew very close, and he assisted WISH for OUR HEROES in raising hundreds of thousands of dollars, through both personal donations and introducing us to other organizations that began assisting the charity. Ken was a no-nonsense guy who simply wanted to help as many military families as possible. His patriotism and passion for giving back were unmatched. I remember sitting in a small pizza joint in Indianapolis strategizing about how to transport a military family on short notice more than 75 miles to re-unite them with their family. There were dozens of times we would call Ken to inform him of a military family in trouble, and he would deploy a vehicle faster than the blink of an eye. An amazing man with an incredible heart. You will be missed, sir.” 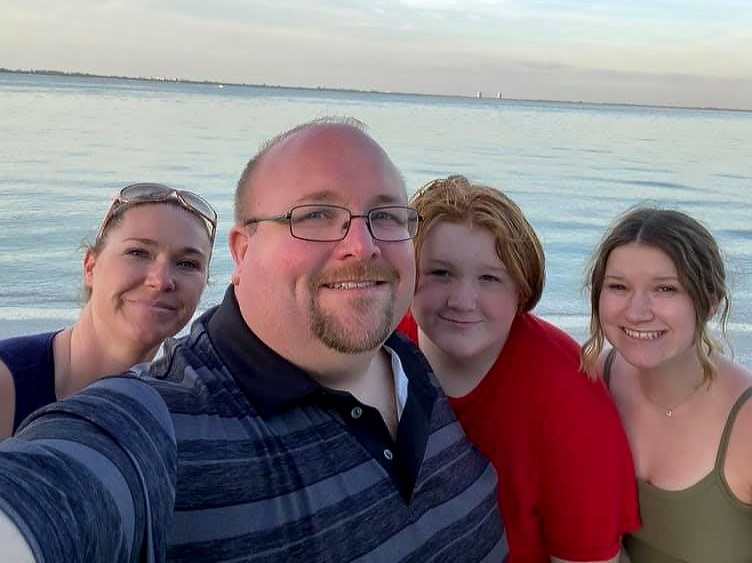 “I had the honor of working with Ken on a regular basis to assist military families in Indianapolis, and he always went above and beyond for our heroes,” said Erich Orrick of WISH for OUR HEROES. “He would expend any and all resources to assist a family in need, and I personally witnessed Aadvanced Limousines providing transportation for military families in very difficult situations. It was an honor to know Ken. He was like a brother, and he will be GREATLY missed. Godspeed, my friend.”

Above all else, however, Ken was a fierce champion of his beloved family, especially his longtime love and wife Linda and their children Mekayla and Dylan, as well as his father Ken Sr., and sister Kristie, her partner Ruben Ayala, and their son Alexander. Valarie is also survived by her husband, Joe Kerstiens. 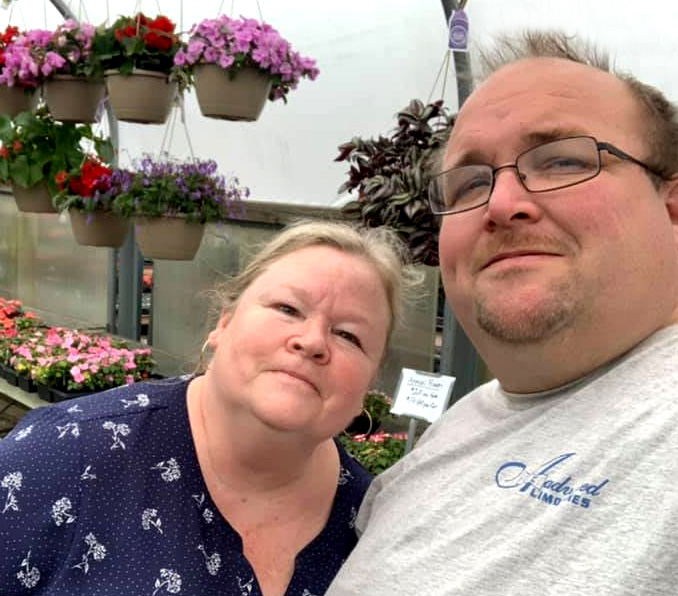 “Everyone knows how giving Ken was, but many don’t know how deeply in love he was with his wife Linda. I can’t tell you how many times I would call, text, email, or PM Ken on a Wednesday afternoon or evening and it would be crickets. No response—and Ken was one to reply quickly. Then on Thursday and he would call and say, ‘You know it was date night last night.’ That was the only time he would not respond immediately. He cherished date night with Linda even though every night was date night for him, but he sure as hell wasn’t picking up the phone during that time. He was all-in. Not sure I’ve seen another man love his wife as much as he loves Linda ... and that won’t stop, I promise you that,” said Bill Faeth of Limo University.

Last year, after his father’s retirement, KJ shared some prophetic words on Facebook in reflection: “Time waits for no one. As a parent, husband, leader, son, and brother, it’s more important RIGHT NOW than ever before to take time to show appreciation and love for those around us. Life is short, send the text, write the email, make the phone call.”

Sage advice for all of us.

Sending our thoughts and love to the Carter family, industry friends, and the entire Aadvanced Limousines team.

A GoFundMe page has been set for the family. If you are interested in donating, you can find the link here.