The Present State of the Independent Contractor Model

The use of independent contractors (ICs) is a common practice in many industries, and the ground transportation industry is certainly no exception. There are numerous benefits to using the IC business model, as opposed to an employer-employee model, for both the chauffeurs and the company; however, there are also certain risks involved.

On the plus side, working as an IC allows a chauffeur to control when, where, and for however long he chooses to work. The trade-off for this freedom is that the IC is responsible for paying his own taxes, and typically does not receive benefits that many traditional employees enjoy, such as health coverage, vacation days, and/or sick days. From the company’s perspective, the advantages to using ICs include not having to provide benefits as mentioned above, and also not having to pay withholding and certain other taxes.

Although many ICs and transportation companies are quite satisfied with their business relationship, there has been, unfortunately, a marked increase in the number of legal challenges to the IC model in recent years. In particular, we have witnessed a huge increase in the number of class and collective action lawsuits brought pursuant to the federal Fair Labor Standards Act and similar state wage and hour laws. There is no shortage of attorneys willing to take on these exceptionally costly lawsuits, and all they need is one chauffeur to act as the plaintiff. That one person can then seek to represent all of the company’s staff—past and present—stretching back in most instances up to six years. 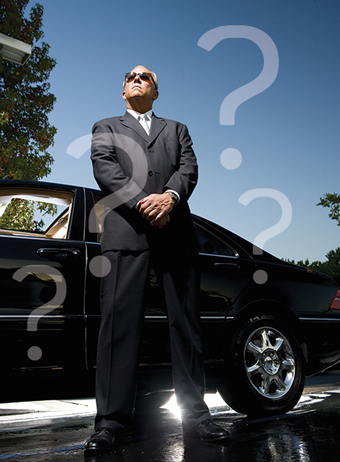 These lawsuits can be devastating. Wage and hour litigation is not only extremely expensive, but also extremely disruptive. Six-figure legal bills are not uncommon, and the discovery process typically involves the location and assembly of voluminous quantities of business records, followed by lengthy and probing depositions. As is discussed below, these cases are usually settled prior to trial—regardless of the merits—due to the sheer cost involved in litigating them. Even if the company fights to the end and ultimately wins the lawsuit, it has lost in terms of the time and money expended in defending the claim.

So what’s a company to do? Does it stick to the IC model that has been a part of this industry for so long and risk costly legal challenges? Does it throw out the IC model and declare every chauffeur to be an employee, in the process possibly alienating staff and driving up costs for its customers? Unfortunately, there is no hard-and-fast answer to this question. Certainly, the “so and so does it this way” approach, whereby a company looks to what the competition is doing and simply emulates it, is no longer a viable system in today’s litigious world. In fact, I have had many clients complain aloud after I counselled against copying a competitor’s model, only to thank me later after the competitor was sued.

What model is best for a given company is often determined after a close examination into the nature of the business relationship between the company and its chauffeurs (e.g., do they invest in their own cars, do they decide for themselves when and where to work and for how long, etc.). Even then, it’s sometimes a bit of a crapshoot, as some recent cases indicate. You should also keep in mind the fact that different courts can reach different decisions based upon virtually the same set of facts and circumstances.

California Litigation Involving Uber and Lyft
In two class action lawsuits presently pending in California, the independent relationship between a company and its drivers is being challenged—Uber is one of the companies and Lyft is the other. In late 2014, both companies filed summary judgment motions that argued their drivers were properly classified as ICs rather than employees. In the Lyft case, the drivers cross-moved for a determination that they were employees and not ICs. In asking for summary judgment, each side claimed that when the judge applied the facts to the law, the outcome would inevitably be in that side’s favor and, thus, there would be no need for a trial as there would be nothing for a jury to decide.

On March 11, 2015, the judges in both cases issued lengthy decisions denying all of the motions, paving the way for the two cases to proceed to trial. The summary judgment motions were denied because the judges found that there were certain factors in each case that suggested an IC relationship and others that suggested that the drivers were employees. In other words, none of the litigants—be it the company or its drivers—could definitively demonstrate as a matter of law the position that they were advocating. Accordingly, it will now ultimately be up to the respective juries to decide these issues based upon the facts and evidence presented at trial.

However, the court also took note of the degree of control maintained over the drivers, which is almost uniformly regarded as the primary factor suggestive of an employment relationship. Both judges found that Uber and Lyft maintain extensive control over their drivers. Uber’s Driver Handbook, for example, requires that drivers dress professionally, play soft music on the radio, open the door for passengers, keep an umbrella in the car, etc. Lyft’s rules similarly dictate how the driver performs his duties, requiring that the passenger is both greeted “with a big smile” and helped with their luggage, the vehicle is clean, there’s an umbrella in the vehicle, etc. While Uber and Lyft attempted to argue that these are simply suggestions for providing good service, both judges rejected that argument. Each noted that both companies monitor driver performance and have the ability to terminate their relationship with the driver in the event his customer ratings are low, or if the driver fails to adhere to the company’s operational standards and rules.

How these two cases will play out before their respective juries is anyone’s guess. To quote the judge in the case against Lyft, “The jury in this case will be handed a square peg and asked to choose between two round holes.” Needless to say, these two lawsuits are being closely watched by both the legal and ground transportation communities. While these cases concern California drivers and California law, both have important potential implications for chauffeurs and companies operating in other jurisdictions.

New York Litigation
In stark contrast to the storm clouds that appear to be gathering over Uber and Lyft on the West Coast, there is some good news to report on the East Coast. Specifically, in a relatively recent decision involving Corporate Transportation Group (CTG) and its affiliated companies, a New York federal court found that chauffeurs were properly classified as ICs.

The plaintiff chauffeurs in the CTG case pointed to the fact that they were: given assignments; monitored, and at times disciplined; subjected to vehicle inspections; required to adhere to a dress code; and prohibited from dealing directly with the company’s customers. These are all factors that work against a finding of an IC relationship; however, that was not the end of the inquiry. The court noted that the chauffeurs: made substantial investments purchasing franchises (ranging from $20,000 to $60,000); made similarly substantial investments purchasing or leasing vehicles; enjoyed the freedom to work when, where, and if they wanted; had the ability to reject assignments; could work for competing transportation companies and/or service their own clients; and made decisions that impacted whether they made a profit or suffered a loss. Ultimately, upon balancing these factors against the limited factors relied upon by the plaintiffs, the court found an employment relationship to be absent, and dismissed the chauffeurs’ lawsuit.

The court that decided the CTG case was guided by an earlier case involving another well-known New York transportation company, Delux Transportation (Delux), in which the court granted summary judgment in favor of the company and dismissed a chauffeur’s claim that he was improperly classified as an employee. Among other things, the court in the Delux case was swayed by the fact that the chauffeur owned his own vehicle and equipment, maintained full control over when he drove and for how long, and controlled how much money he earned based upon how many calls he accepted. That the company did maintain a minimal level of control (such as its dress code of black pants and white collared shirt) was not enough to lead to a finding of an employment relationship.

Note that the chauffeurs in both the CTG and Delux cases owned their own vehicles; this is a factor that courts often regard as evidence of an IC relationship. In contrast, where the company owns the car, courts will typically find the chauffeur to be an employee.

California and Oregon Litigation Involving FedEx
While Federal Express is not in the business of transporting people, litigation involving FedEx is often cited by courts examining whether ground transportation companies have misclassified their drivers. FedEx has not fared well in the battle. After California and Oregon district courts handed FedEx a victory and granted summary judgment in its favor, in August 2014, the Ninth Circuit Court of Appeals reversed the two decisions. Incidentally, the California District Court’s decision in FedEx’s favor had been issued by Judge Edward M. Chen; he is the same judge who, as mentioned above, is now leaning toward finding Uber’s drivers to be employees.

The Appeals Court’s decision was based in large part upon its review of the contract between FedEx and its drivers. That review led the court to conclude that the drivers were employees under both California’s “right to control” test and Oregon’s similar law. Among other things, the court found that FedEx dictated the drivers’ appearance (clothing, hygiene, grooming, etc.), all aspects of the drivers’ vehicles (paint color, interior shelving and equipment, logos, etc.), drivers’ hours and workloads, and how drivers interacted with customers. While FedEx pointed out that it lacked control over certain aspects of its drivers’ jobs, the court was not persuaded. It found such limited autonomy was insufficient to “counteract the extensive control it does exercise.” The court likewise was not swayed by the ability of drivers to delegate duties and routes to third parties, finding that the agreement permitted FedEx to override the driver’s decision.

What It Means for Our Industry
The IC model is far from finished; however, the days of slapping together a written agreement, labeling it “Independent Contractor Agreement,” and hoping for the best certainly are. So, too, are the days of copying what “the other guy” is doing and sticking one’s head in the sand.

For a company to maintain a true independent contractor relationship with its chauffeurs—one that will withstand judicial scrutiny if tested in a court of law—requires some very careful thought and equally careful drafting. Even then, the most perfect IC agreement will fail to provide protection if the independent nature of the relationship is not properly maintained. Such a relationship is characterized by chauffeurs making significant investments in vehicles and/or the purchase of a business, by the company having minimal control over matters such as hours and how the chauffeur performs his work, and by chauffeurs making decisions that impact whether they realize a profit or suffer a loss. The more control the company seeks to exercise over a chauffeur, the more likely that chauffeur and other similarly situated chauffeurs will ultimately be found to be employees in the context of a lawsuit. [CD0415]

Roberta Pike is a partner with Pike & Pike Law Firm in Bellmore, N.Y. She may be reached at rcp@pikeandpike.com.