Industry celebrates victory on the DOL’s opinion letter for recommended tips, but relies on compliance from operators

Last November, the Department of Labor (DOL) issued an opinion letter to the National Limousine Association (NLA) clarifying its position on invoiced gratuities. The letter stated that a true “tip” meant that it was of the client’s discretion and not compulsory. The client’s ability to raise or lower the percentage being tipped based on the level of service provided and the assurance that the entire tip amount was passed on to the chauffeur by the next pay period also factored into the DOL’s decision, which now sheds light on what wages are subject to overtime.

THE ROOT OF THE ISSUE
The potential of paying overtime on gratuities came to the chauffeured transportation industry’s attention just a few years ago. Lawsuits began popping up across the country from chauffeurs who felt they were owed overtime on their tips. Plaintiffs were going after operators for wage and hour violations, claiming that their tips were actually mandatory service charges. Adding to the momentum was the DOL’s increased personnel to investigate these claims. Auditors targeted the industry, going through records looking for misclassifications, wage and hour violations, or lack of payment on overtime. This was also exacerbated by attorneys who attempted to solicit chauffeurs in different states, especially via class action suits—many times while the chauffeurs were still employed with the company.

Dawson Rutter has become all too familiar with the issue. The founder and CEO of Commonwealth Worldwide, with offices in Boston and New York, fought a legal battle for two years, costing him upwards of $100,000 in legal fees. In Ellis v. Commonwealth Worldwide Chauffeured Transportation of New York, LLC, the plaintiff alleged that the company’s suggestion to clients to add 20 percent gratuity meant that it must be incorporated into the rate of pay for overtime calculations.

In March 2012, the court ruled that because customers were able to modify the suggested tip amount, and Commonwealth offered evidence of this occurring, these tips were voluntary and excluded from the pay rate calculation.

“Had we lost the case, the liability could have been much more damaging financially, possibly seven figures,” says Rutter. “New York has a six-year statute of limitations which makes these lawsuits especially damaging to operators.”

While this was a victory for Rutter, and a solid foundation to help other operators fighting these lawsuits, the DOL was not entirely convinced. Around the same time as NLA’s Day on the Hill in spring of 2012, the industry learned that the DOL was instead leaning toward an announcement that invoiced gratuities would never meet the definition of a “tip” in accordance with federal wage and hour regulations.

“The DOL seemed to think that because the bill is actually paid by a corporate client and not necessarily the person riding in the back of the vehicle, that this customer lacked discretion to change the tip given,” says Rutter. “An official opinion like this would have been disastrous to the industry, and not just from the operators’ perspectives, but it would have meant cutting out the ‘recommended tip’ completely and leaving chauffeurs to fend for themselves on tips, which would have reduced their incomes.”
Clearly, this would do more harm than good to the employee chauffeurs, whom the DOL was trying to protect with this opinion.

WHAT’S GOLF GOT TO DO WITH IT?
The industry sprang into action after getting wind of the DOL’s opinion. Rutter, who is also on the board of directors of the NLA, says he and other board members felt this was a “high-priority mission” and meetings were arranged with legislators and any victory on wage and hour lawsuits was collected to demonstrate their argument to the DOL. NLA officers like Richard Kane of International Limousine Service, Diane Forgy of Overland Limousine Service, Gary Buffo of Pure Luxury Limousine, and others worked with the association’s lobbyists, Greg McDonald and Lou Perry of Cornerstone Government Affairs, to rally congressional support and urge the DOL to look into the issue.
“In the interim of collecting our information, we found out that a company in Houston that had been audited was given a clean bill of health thanks to a 1996 DOL opinion letter related to private country clubs,” he says. “There are many similarities between the chauffeured transportation industry and country clubs. That was a major component of our proof to the DOL.”

The 1996 DOL opinion found that the language presented to club members was key in its ability to not include tips in calculating wages for overtime. This language used on checks presented to club members read as follows: “A gratuity has been added to this check for your convenience. The payment of this gratuity is subject to your complete discretion and may be increased, decreased, or eliminated entirely ...”

Operators who don’t identify the tips as discretionary or don’t pass 100 ­percent of the tip through are putting themselves at risk. Wage and hour law is a minefield with strict guidelines and limitations. – Dawson Rutter, founder and CEO of Commonwealth Worldwide

The country club decision states that “a voluntary gratuity ... would constitute a tip under the Fair Labor Standards Act (FLSA) if, in fact, there is some variation in the amount the club’s patrons pay to the service employees,” referring to the FLSA.

Rutter says that country clubs, much like limousine companies, suggest a set tip amount to its members to be billed monthly. This is done for convenience so anyone playing at the club on that customer’s account does not have to think about pulling out additional money for tips. It is also done to help control the client’s transportation budget, leaving no surprises in extravagant tips from passengers at the end of the month.

“When you think about the clients who are riding in the back of our vehicles, they are not the ones paying the bill,” Rutter says. “The person who booked the trip wants everything taken care of in advance so no burden is placed on the customer.”

The ability to change the recommended tip amount whenever the service was not up to par, says Rutter, is the key language that the chauffeured transportation industry must use. “It has always been our clients’ ability to call and say they don’t want to tip due to poor service,” he continues. “The language just needs to reflect what we do in reality.”
With this documentation, the NLA put together a new letter to the DOL to make its case. The DOL’s opinion letter from November did not absolve the limousine industry, but essentially says that there are certain factors in determining whether an invoiced gratuity constitutes a “tip” versus an “imposed charge.” Following the proper protocol is what will make the difference between an operator who may face lawsuits and one who will be found in compliance. 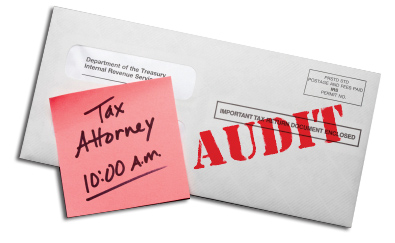 SAFEGUARDING YOUR COMPANYThe issue, however, is not completely resolved. Rutter says if operators are doing things the right way then there is nothing to worry about. “Operators who don’t identify the tips as discretionary or don’t pass 100 percent of the tip through are putting themselves at risk. Wage and hour law is a minefield with strict guidelines and limitations.”
The DOL opinion letter hasn’t stopped the proliferation of cases from plaintiffs looking for overtime on tips. “They are still coming fast and furious,” says Rutter. “We can’t stop those things from happening, but when they happen, you need to be fully prepared to defeat it.”

Rutter has now won three lawsuits in summary judgment. He was first sued in 1995 on a labor relations board problem and his NLRB attorneys became his wage and hour attorneys. “It’s been 18 years of having these attorneys develop our employee handbooks and craft the language for everything we do in the business, and we’re winning the cases, it just took 18 years to get there,” he says.

He says the most critical thing for an operator to do is to hire a qualified wage and hour attorney or law firm to review all of the business’ documents to ensure compliance with FLSA. “Don’t just take my word for it or what you might read in a magazine,” Rutter says. “This just puts you in the right direction, but a specialized attorney will look at the federal and state wage and hour regulations for the state they are in. I’m only making recommendations.”

The industry is right to celebrate a victory on this matter, and it is another example of operators pulling together to protect the thousands of small businesses that would have been devastated by any other outcome.   [CD0713]