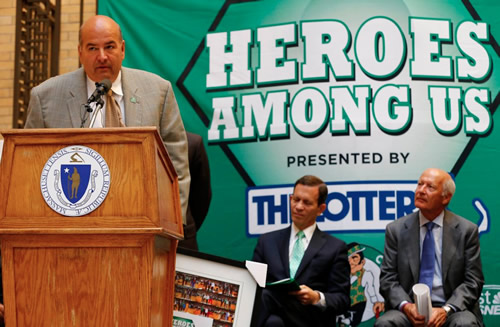 Jerald “Jerry” Robbins of Weldon Worldwide passed away on November 28 at the age of 60.

He is survived by his wife Janet Brown-Robbins, brother Arthur Robbins and his wife Linda, and the many more who called him a beloved uncle, granduncle, and cousin.

An immediate and days-long outpouring of shocked grief and fond memories heartbreakingly detailed on social media from Jerry’s friends, affiliates, and transportation peers was an early indicator that his industry family across the country was also reeling from his sudden passing.

“His loyalty and generosity knew no bounds,” wrote Barry Gross of Reston Limousine. “He was first class in everything he did … I will miss him every day.”

“The absolute last thing that I expected to read was that my dear friend Jerry had passed,” added Michael Callahan of Able Limousine and New England Livery Association (NELA) president. “I mourn the loss of a very, very dear friend, but I will never lose the memories that we shared together.”

As a director of NELA, Jerry’s dedication to the industry was steadfast; his devotion to social and community causes was evident in his support of numerous charitable endeavors, too. Among them: He served on the board of directors for the New Hampshire Society for the Prevention of Cruelty to Animals (NHSPCA), and had been honored by the NBA’s Boston Celtics in 2013 for his work with their Heroes Among Us program, to which he offered free transportation for the award’s recipients since 2007.

Jerry was remembered in a December 1 ceremony at Goldman Funeral Chapel in his former home of Malden. Mass., before interment at Lebanon Tifereth Israel Cemetery in Peabody, Mass. His family asked that donations be made in his memory to the NHSPCA he ardently supported, which can be sent to 104 Portsmouth Ave., Stratham, N.H., 03885.