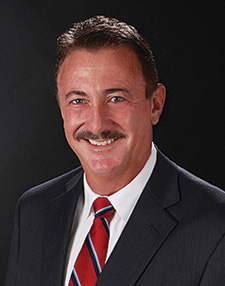 FLA President Rick Versace Fort Lauderdale — When Florida Limousine Association (FLA) met up January 24 with more than 40 companies represented, all eyes were on a statewide proposal from Uber that would allow the company to operate in all 67 counties without regulations from each municipality, while also sidestepping taxes enforced by authorities at the state’s ports and airports.

The TNC is looking to pay a flat $5,000 fee to eschew traditional operating standards in the state, a privilege that, if not also afforded to traditional transportation providers, could further create an uneven playing field in an already fractured state.

With the state legislation session beginning in early March, FLA President Rick Versace of A1A Airport & Limousine Service stressed the importance of starting now to formulate a strategy, organize, and come together.

“If they succeed in passing this legislation, it’s game over,” Versace said. “We need to either stop this bill or get the taxi and limousine industries included in it. We know Uber is here to stay and has hired some of the most powerful lobbyists in the state but now we're asking that we're given the same opportunities that the TNCs are--if they're given carte blanche to operate within the entire state, then we want that, too.”

The issue will be further discussed at future FLA meetings, starting with the next one in Las Vegas on March 14.