Regulatory, Airport Updates on the Docket at NCLA Meeting 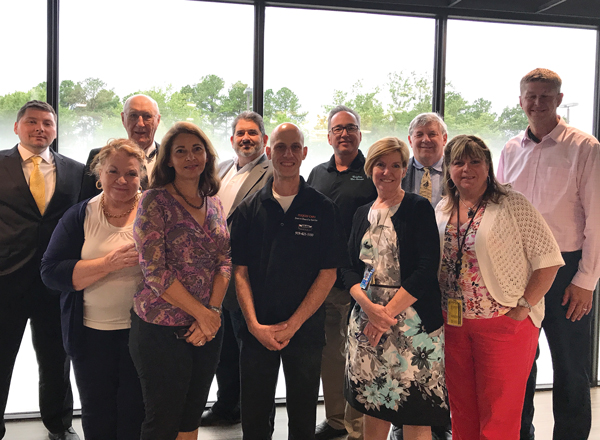 NCLA members and supporters met up in early August The North Carolina Limousine Association (NCLA) hosted an intimate meeting August 8, where they welcomed Chauffeur Driven Director of Events Jess Pavlow for a day of local and industry updates.

Members in attendance were given deeper insights into a newly established motorcoach mandate. The new regulation is regarding logs that would help diminish driver fatigue while improving accuracy of record-keeping. Operators of motorcoaches will need to accommodate these regulatory and safety changes by December 18, 2017. 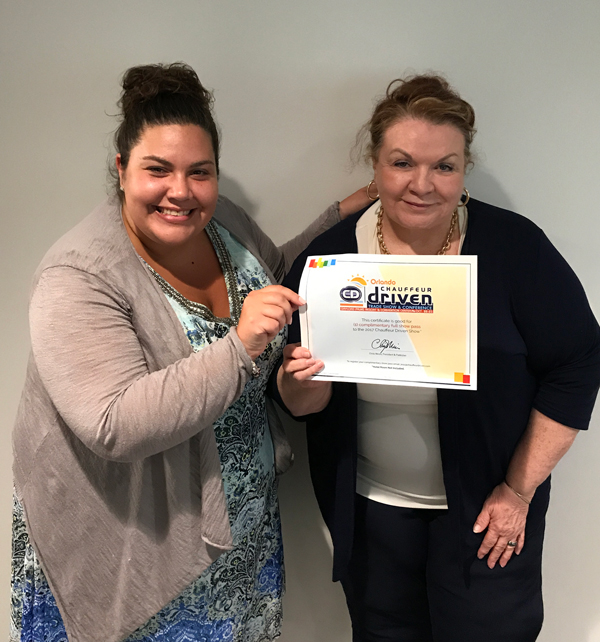 Chauffeur Driven Director of Events Jess Pavlow (left) with NCLA Secretary Robin Luiz, winner of the 2017 CD Show Pass William Belch of the Federal Motor Carrier Safety Administration (FMCSA) discussed the electronic driver logs that Congress had mandated and how to ensure compliance. He directed meeting attendees specifically to sections 382, 383, 387, and 390 of the FMCSA’s Motor Carriers Guide; further information can be found at fmcsa.dot.gov.

Representatives from Raleigh-Durham International Airport were also on hand to discuss the stages of progress being made there, as well as provide information about terminals and parking.

Pavlow spoke to the meeting attendees about the 2017 Chauffeur Driven Show, which will be heading to Orlando October 22-25. She then raffled off a show pass, which was won by Robin Luiz of Special Occasions Limousine. Visit nclimo.org for more information. [CD0917]