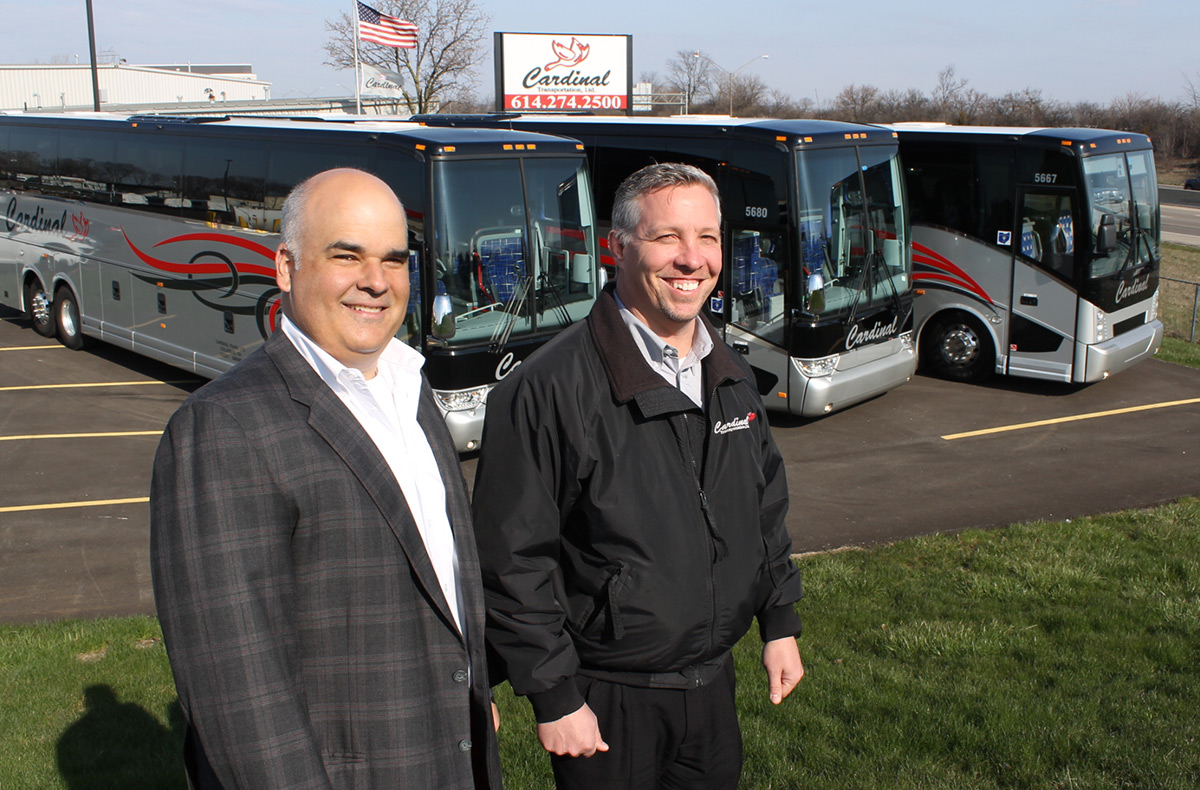 “I decided on the Van Hool product primarily because of the customer service that ABC Companies provides before and after the sale,” said Cardinal Founder & President Roy Alonso. “I have found it to be far superior to any other coach sales service I have experienced in the past. Pete Bachrach, my account manager, is always responsive to any issues we may have—even if they are not sales related. I only need to call or text him and I know he will make sure it is taken care of. Pete has a way of making us feel we are more than just a customer to him. He actually sent me a card and a gift certificate to Dairy Queen when I had my tonsils removed.” 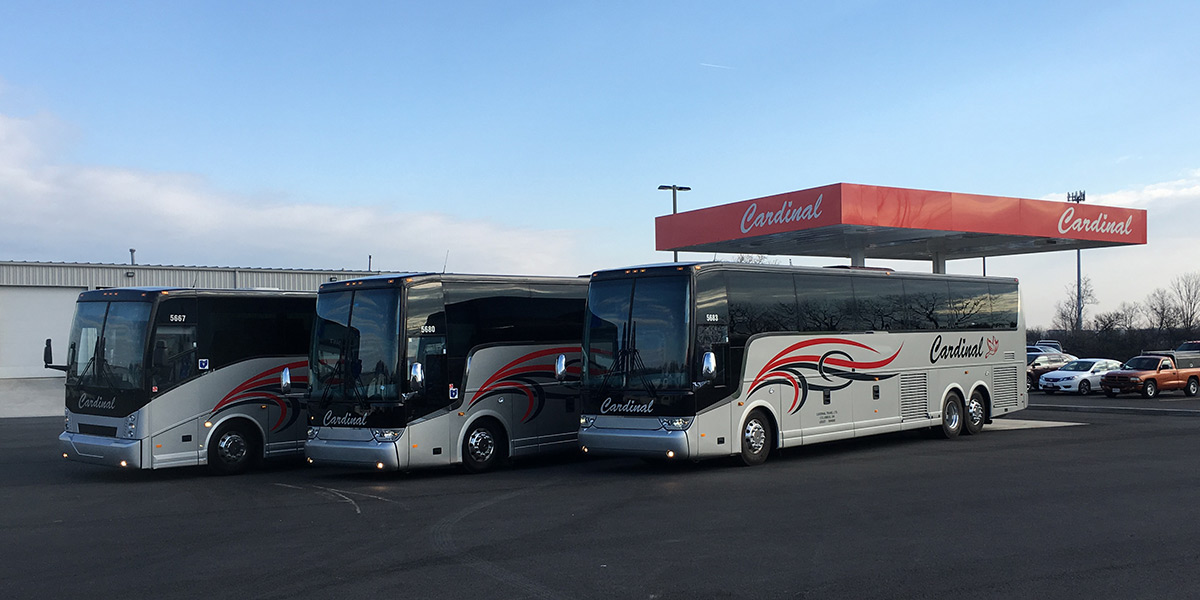 Cardinal’s Van Hool motorcoaches Bachrach, Senior Account Manager for ABC Companies, the exclusive distributor of Van Hool motorcoaches in North America, commented, “Roy Alonso is a sound business man with an eye to detail. He has high standards for himself, his company, and anyone he deals with. Yet, he is always appreciative of everything you do for him and the company.”

In October 2017, Cardinal completed construction of a new 33,000 square foot facility, which houses all their operations under one roof. Situated on five acres of mostly paved parking area, the structure features indoor coach parking spaces along with maintenance booths. With three full-time mechanics on staff, the majority of their maintenance work is done in-house. The addition of a new fueling station provides additional savings for the company.